Son you're going driving me to drinking if you don't stop driving that hot rod... 2023 Hyundai Kona N? 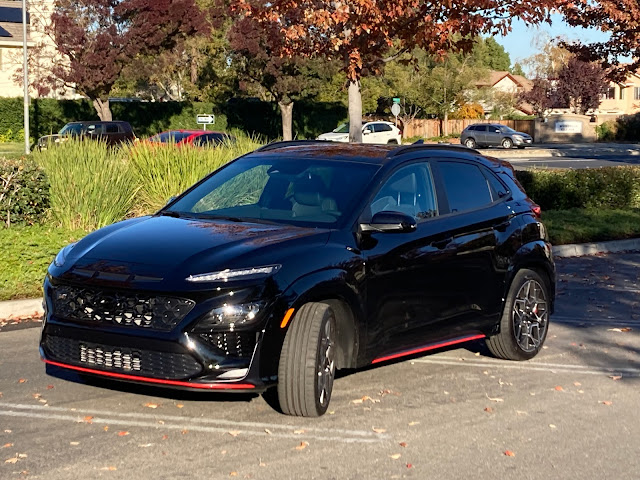 Who would have ever thought Hyundai would be a purveyor of performance cars? Not me. They've made a few forays into the performance field, the Veloster comes to mind, and they do have their N Line. But still, does Hyundai spring to mind for you? Well it should.

Take the Kona N for example. OMG! This is such a fun little SUV; the Kona N is a SUV for those who want sports car FUN in a versatile package.

Hyundai takes the standard Kona SE that comes with a 147 hp, 2.0-liter 4-cylinder and does some magic to it. The Kona N turbocharges the 2.0-liter upping the power to 276 hp, swaps the Intelligent Variable Transmission (basically a CVT) for a Dual Clutch 8-speed automatic, adds an electronic limited slip differential, bigger brakes (14.2" rotors front and 12.4" rear), and a host of other mods.

The end result is one quick SUV. The Kona N gets to 60 mph in 4.8 seconds, does the 1/4 mile in 13.4 seconds, and according to Hyundai it tops out at 149 mph. That ought to make your trip to the grocery store a little quicker.

When I first drove the Kona N I thought it was aimed at younger folks more than folks my age. In its Sport setting the ride is stiff, and the exhaust is loud. It just seemed too much. But after driving it for a day or two my inner teen emerged and I grew to like the burble of the exhaust, and on most streets in my neck of the woods the suspension wasn't too stiff (potholes are another story though). My wife on the other hand did not like the exhaust so when she was in the car I turned the mode switch to 'Normal'. 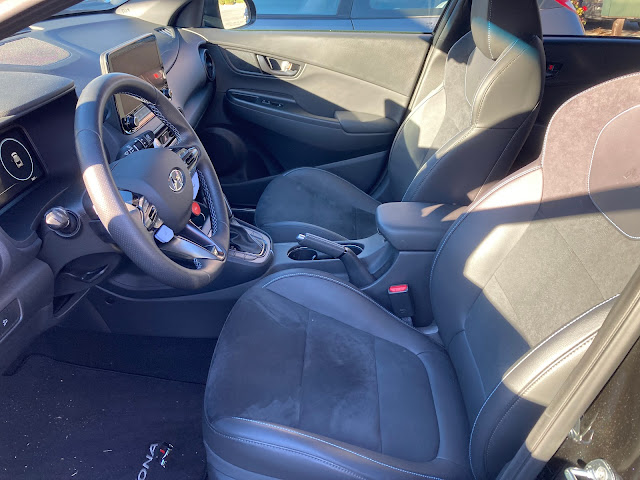 The front seats were comfy and supportive. The back seat is, well it's a back seat. 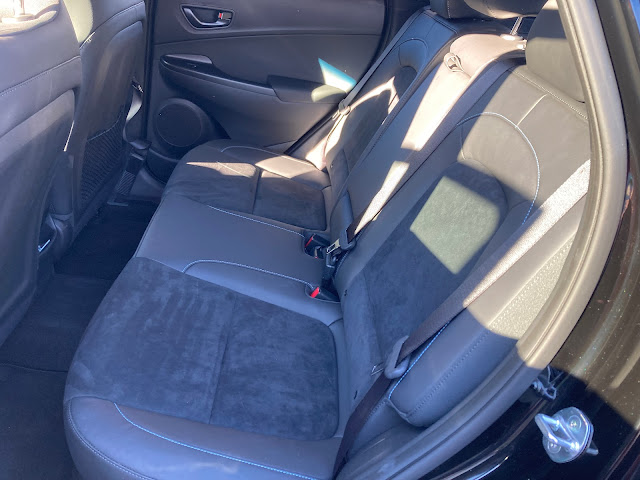 One aspect I'm still not sure of is the limited slip differential. It may be fine on a track but making a really tight turn (full lock) it could have used a bit more slip and less limit. It made a horrendous noise; at first I thought an axle constant velocity joint was bad! But it was just the tires gripping then skidding. It didn't happen all the time but when it did, especially when backing out of my driveway, it scared my wife (WHAT'S WRONG!?).

The Kona N is a very well equipped car. About the only thing I would have missed if it was hot weather would be cooled seats. The great part is there are no options - everything you might want is included. There is a great Harman Kardon Premium Audio system (I may like performance but I still have to have my tunes).

On the performance front including the engine and transmission there is stuff called N Grin - N Grin Shift & N Power Shift, and N Grin Control System. I know it sounds a little hokey - N Grin. But here's the explanation from the owner's manual - "When NGS button is pressed: Automatically shifts to the lowest allowable gear, Turbo is in overboost mode, N Grin Shift is available for 20 seconds, N Grin Shift can be used 40 seconds later after using the function for 20 seconds". So the NGS button is like the 'push to pass' button on Indy cars, in this case it adds 10 hp.

I used the NGS button once (I'm not looking to lose my driving privilege) and OMG! At about 10 mph I punched the button and hit the gas, the Pirelli P Zero 235/40R19s clawed for grip and the Kona quickly violated the posted limit. 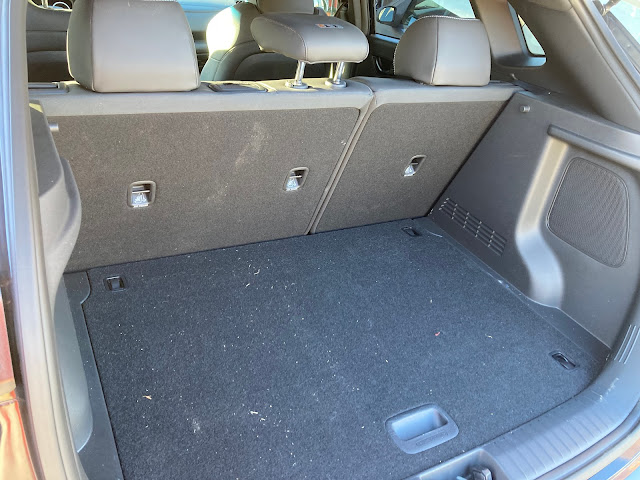 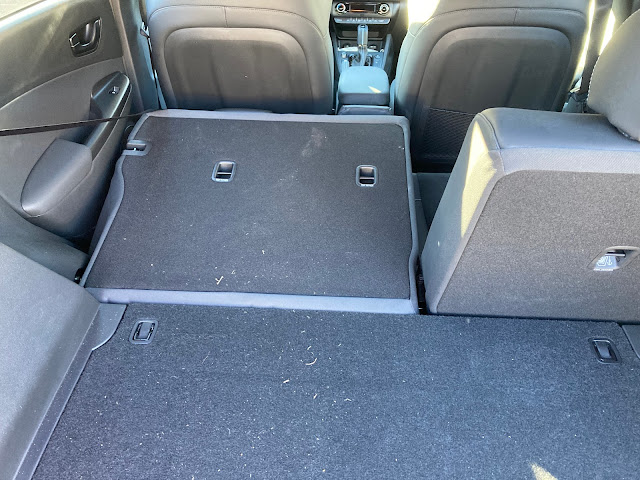 Fuel economy is not great but it's not bad for a performance car. It is rated at 20-mpg around town and 27-mpg oh the highway. To help you can select an Economy mode, and of course use a light touch on the go pedal. My foot was lighter when my wife was with me but at other times I just liked to hear that growl.

So how much does all this cost you? Surprisingly not that much comparatively. Other performance cars go for upward of $40,000. The Kona N lists for $34,700. 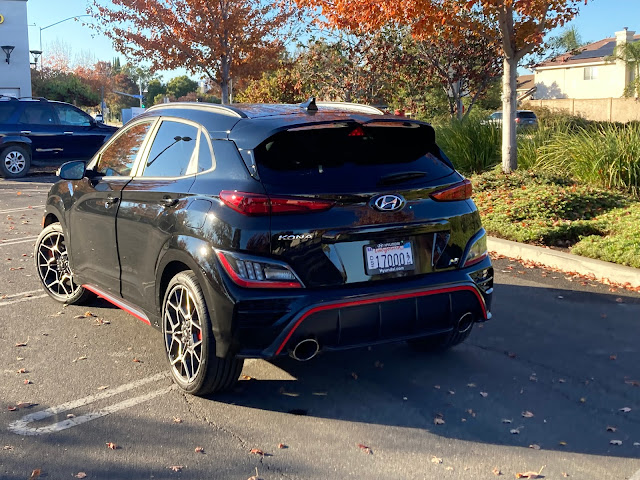