Monterey Car Week - The Wrap Up

Another Monterey Car Week is done. Until next year 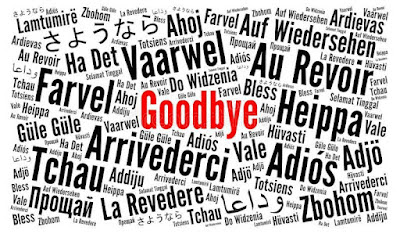 Keep the rubber on the road and the shiny side up.

It's over for another year. Car Week is in the books. The Monterey Peninsula is now devoid of the young men (and they are almost exclusively young men) trying to impress who knows who in their noisy, mostly Italian, exotic cars. The smell of burning oil and over-rich carbs is gone. The roads are once more available to the workers and residents - until the next big event.

It was a great week (really almost two weeks) for the Monterey Peninsula. I haven't seen a figure for how much money in total Monterey Car Week brought to the Peninsula but I'm betting that if it wasn't a record it was close.

The Pebble Beach Concours d'Elegance was packed. I arrived early enough (but not Dawn Patrol early) to photograph the cars. By the time I left, shortly before noon, when standing near The Lodge looking out at the field the cars were almost impossible to see for the people. And it was overcast, cold, and breezy.

Like many events, the Pebble Beach Concours raises money for more than 95 local charities. This year Pebble raised more than $2.67 million dollars. Thank you Pebble, and thank you to all those who contributed.

Hagerty, an automotive lifestyle brand and specialty insurance provider, stated that the weekend auction total was $469 million, smashing the 2015 record of $395 million. 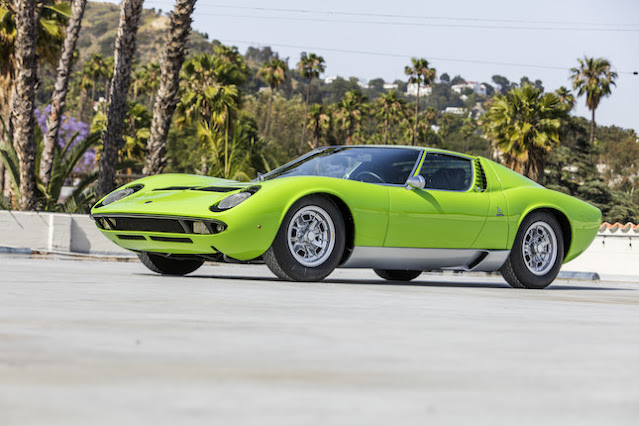 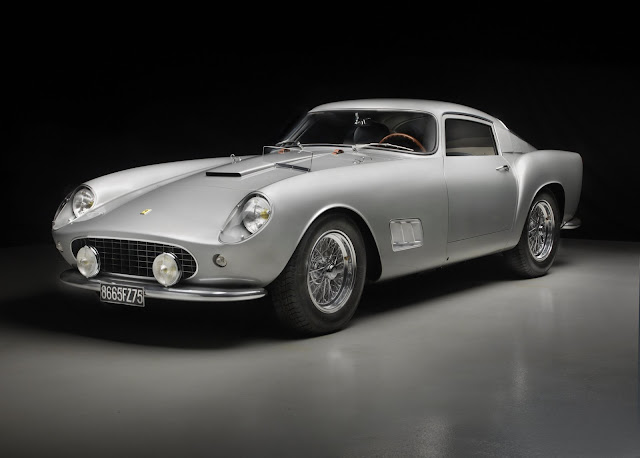 Broad Arrow Auctions, a Hagerty company, today announced that sales from its first ever auction event A the Monterey Jet Center totaled $55,256,900.

Gooding & Company reports sales of $105 million. I have no photographs from Gooding. 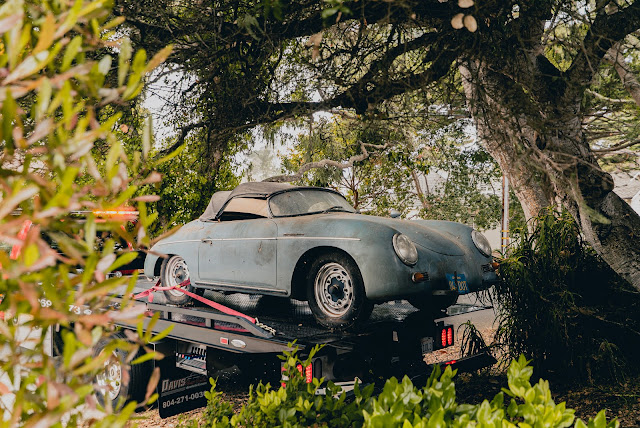 LBI Limited with their Pop-Up Showroom on Lighthouse Avenue, Pacific Grove seems pleased that they sold a nifty barn find, a 1956 Porsche 356A Speedster. There's a nice story by Adolfo Massari of LBI Limited that goes with the car; read some excerpts of the story behind this amazing barn-find:

"It all started back in 1967 when the owner, Dave, bought this 56 Speedster for $1,300 after seeing a classified ad in the San Fransisco Chronicle."

"Our story with this car began 7 years ago after aimlessly driving around Monterey during car week in search of fun car finds."

"A few more years went by and 2022 rolls around. We decided to host a pop-up showroom in downtown Monterey for Car Week less than a mile away from Dave’s beautifully forgotten Speedster. As far as we are aware, a first for an event like this. Finally, Dave was ready to sell and he was ready to use LBI Limited to make that happen…"

"It was an emotional day full of excitement for both Dave and the LBI Limited Crew. He was ready to part with a piece of Porsche history that was a part of the majority of his life and we were honored to be chosen as the team to help see the car along to its new home. Hopefully, the next owner keeps it in its incredible barn find condition cosmetically but recommissions the car mechanically to have the coolest running and driving barn find Speedster with an unrepeatable story to match."

LBI doesn't say how much the Porsche sold for and that's okay, that's between Dave and LBI. It's a valuable historic car and I for one am glad to see it saved.