Try as i might I just couldn't turn myself into a Suburban owner. With every car I review I try to get myself into the mindset of an owner. It usually works. But not this time. That's not to say that I don't understand the appeal of these supersized SUVs. You do feel invincible in them, you do feel superior to mere mortals in sedans. 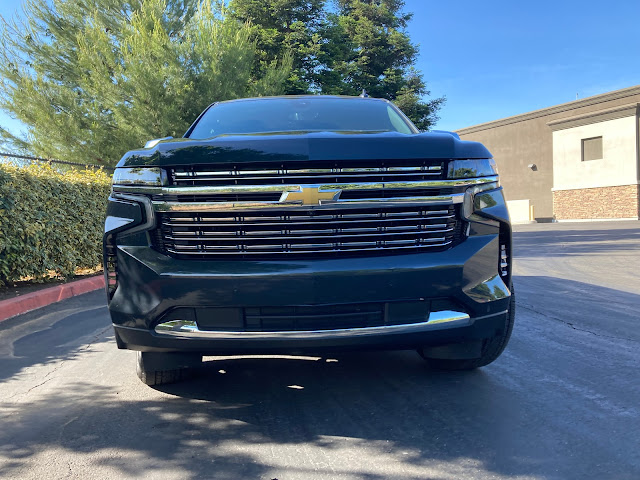 There are three engines available; a 5.3-liter V8, the 6.2-liter V8 in the test vehicle, and a 3.0-liter 6-cylinder diesel. The only transmission available is a fine 10-speed automatic. 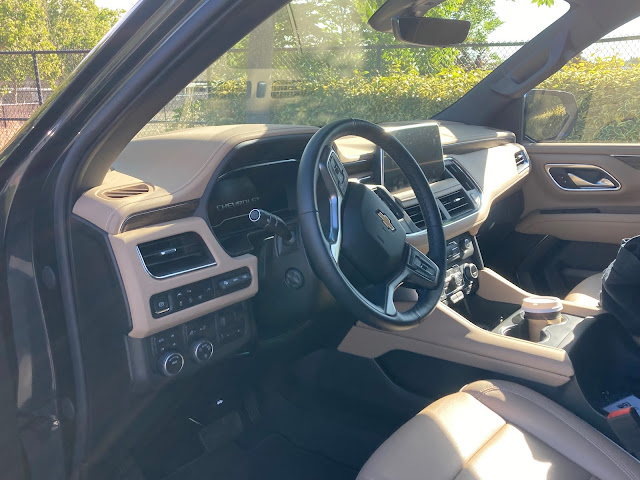 I can't deny that it was very nice inside. No not nice, luxurious. The fact that it only seats seven should be a clue that this is not for large families. I prefer to think of it as executive transportation.

I really wish the Suburban had the automatic fold-down running boards. The fixed ones just were not wide enough for me, and believe me when I tell you I need that extra step up into the driver's seat.

So how did it drive? Not bad but despite Chevrolet's best efforts you still know it is a truck. It has GM's magnetic ride control and it helps but you can't escape that 3 tons.

The 420 hp, 6.2-liter V8 is up to the task of motivating this behemoth. And the massive brakes stop it just fine. Instrumented tests by those that do such things show that it accelerates and stops very well (0-60 in just over 6 seconds, and 70-0 took 166'). Regardless of the numbers I was always aware of the weight, especially when braking. Reality versus perception; I found myself braking early because I knew 3 tons couldn't stop that quickly even though it did.

Fuel economy is another thing. It is a good thing the gas tank holds 28 gallons (if you had to fill the tank it would cost you around $170 at today's prices) because the EPA rating of 14-mpg city and 19-mpg highway is not great (maybe it's not bad for something this big and heavy but c'mon). I came really close to equaling the highway rating but I had to drive at no more than 65 mph while traffic was whizzing by me at 70+. If you want better economy go with the diesel, it is rated at 26-mpg highway.

Like many vehicles the Suburban had Adaptive Cruise Control. All of them are not equal. The Suburban's got fooled twice, thankfully by braking when there was nothing in front of it instead of not braking when it was needed. The first time was on a portion of highway that was cement. I think the 'radar' mistook a dark patch in the cement as a car and it slammed on the brakes. The guy behind me was not amused. The next time it happened it seemed like the system was fooled by a shadow of a tree. It did not engender confidence in the technology.

Regardless of all my gripes people seem to love the Suburban, even here in California where gas has always been expensive. I guess there are a lot of folks out there who have way more money than I have. 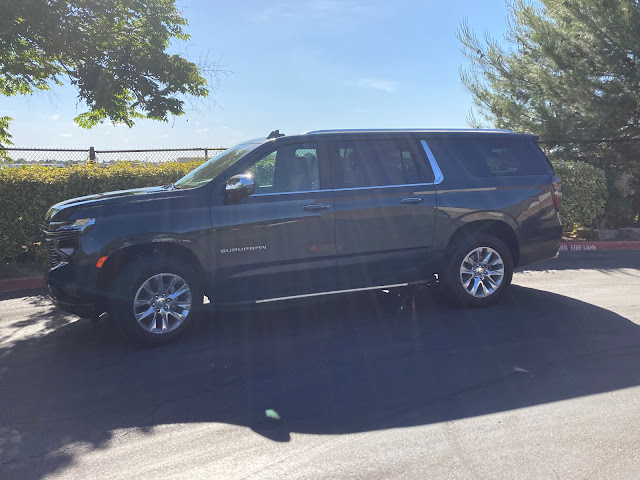