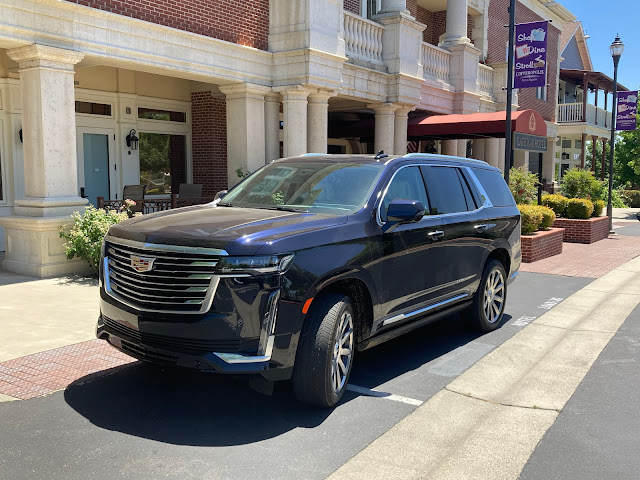 To say I am not in the demographics of an Escalade buyer would be an understatement. I definitely don't have the income (although I am amazed at how many in my area seem to have the dinero), and I tend to favor smaller, more fuel efficient vehicles (but fast cars are an exception). But you test what's available and the Escalade was available.

I am thankful that the Escalade was delivered with a full 24 gallon tank. I put around 300 miles on the Escalade and saw an average of around 19-mpg of mostly highway miles (a combination of Interstate, two-lane state highway, and around town), using about 16 gallons. Gas prices around here mean I used about $100 worth of fuel. Ouch.

The test Escalade had the 6.2-liter V8 with "Dynamic Fuel Management", a ten-speed automatic transmission, and 4WD (not that I ever used it). The engine puts out 420 hp and 460 lb-ft, and even though it weighs over 5,800 lbs. acceleration was decent.

Thanks to the massive rotors braking felt okay but you definitely felt the weight. For some reason the Escalade takes 10' longer to stop from 70 mph than a similar Suburban according to Car and Driver. Neither stopping distance is excessive.

No matter how nice the Escalade was it couldn't escape its truck roots. Neither my wife nor I felt the ride was smooth. Even with its Magnetic Ride Control and Adaptive Air Ride Suspension sharp bumps and minor potholes set up secondary shudders.

Let's move into the interior. Getting up into the seats is made easier with the automatic fold down running board. I do wish Cadillac would put a grab handle on the driver's side - I was brought up thinking that if you pulled on the steering wheel you could ruin the steering shaft bearings (probably an old wives tale). 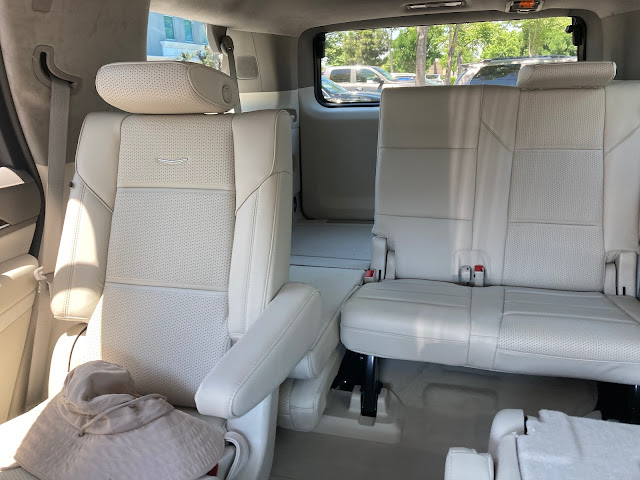 Whoever decided that white, or in this case "Whisper Beige" is a great color for an interior must own a detailing company. Even the floor mats are a light color! Maybe it denotes elitism, the ability to have your vehicle detailed weekly? 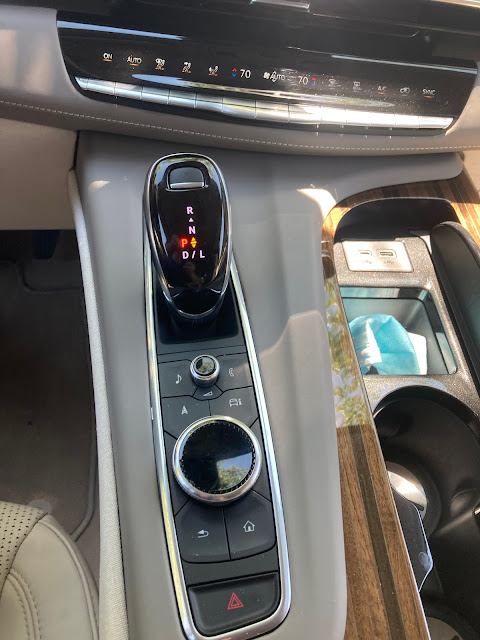 Remember how we used to make fun of the owner's manuals of early Japanese cars (tootle the horn with vigor)? I couldn't find the wireless charger in the Escalade so I got out the manual. There it told me to "Place the smartphone face up against the rear of the charger." Now maybe I'm dense but to me "face up" is with the screen facing up with the phone horizontal. But the wireless charger is a slot. What Cadillac means is for the face, the screen, to face the rear of the slot.

This brings up another problem, not specific to the Escalade but what I would call excessive technology that is everywhere. I keep saying this - Technology should serve the user not vice-versa. When I have to spend a half-hour scrolling page after page on the 16.9" infotainment screen to figure out how to access the information I wanted to see it is overly complicated.

I've about had it with these humungous SUVs. Not only is the Escalade huge (even though this is not the longest Escalade) - 211.9" long, 81.1" wide, 76.7" high, and weighing just under 3 tons - but I found it hard to judge what was in front and behind it when parking. Yes it has warning systems but nothing beats real sight lines. There is no standard parking space size, these seem to be set by municipalities. One I saw is not less than 9' wide and 19' in length. That's a tight fit. 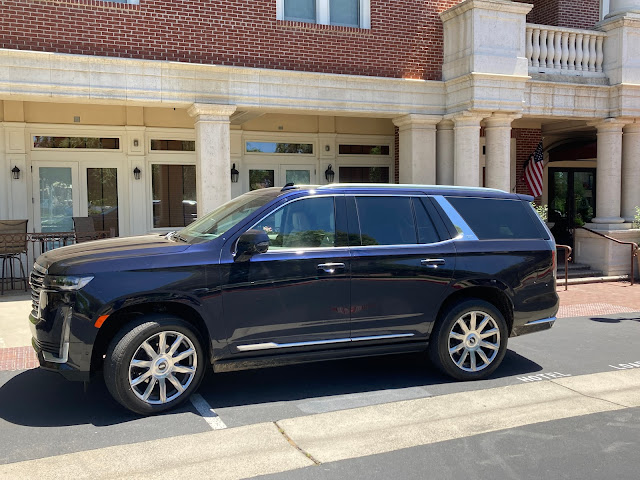 I've had my rants. Many out there don't agree with me. Many people love their big SUVs. The market for used ones is hot.

The test Escalade had a price of $113,815 including options and destination. If you were to lease the Escalade it would cost you around $1,400 per month with a down payment of about $10,000. 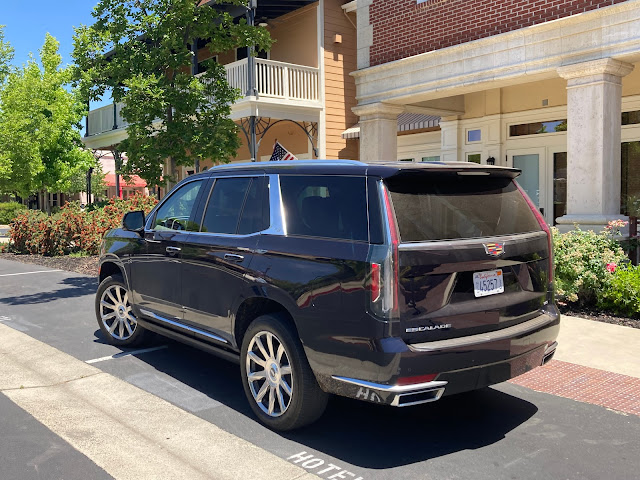