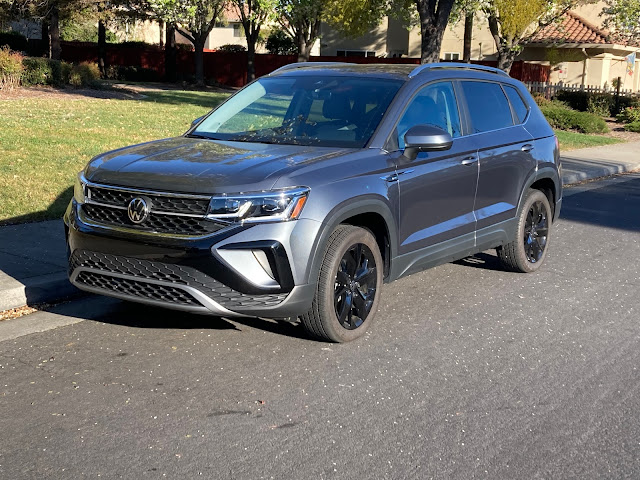 In the 1950s through the early 1970s common knowledge was that a four-cylinder engine just wasn't cut out for highway use. They just had to be spun too fast. Maybe in the '50s and '60s this was correct but by the '70s things had begun to change. I doubt that anyone then could have imagined that one day cars, trucks, and SUVs would routinely be powered by "tiny" four-cylinder engines. 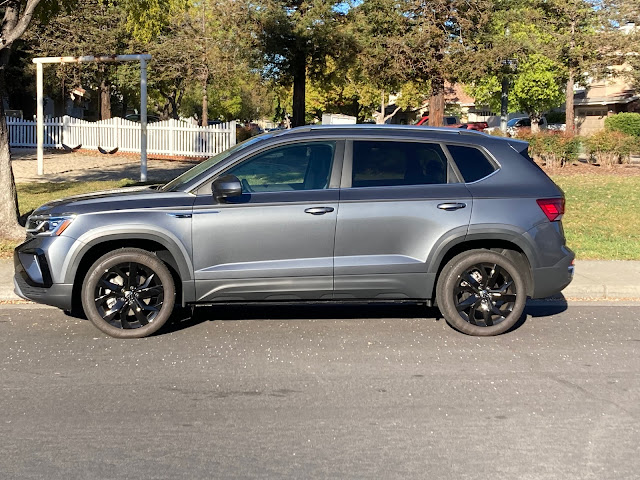 Case in point is the 2022 Volkswagen Taos with its 1.5-liter four-cylinder. It may not be the smallest engine in a SUV but it is close. Yet that "tiny" engine can propel the 3,175 pound (a relative lightweight) Taos from 0-60 mph in around 7.5 seconds. And the engine doesn't do it with brute power. The engine is only rated at 158 horsepower and 184 lb-ft or torque. How the heck does VW do that? Is it magic?
With Front-Wheel-Drive as tested the Taos uses an 8-speed automatic transmission (a 7-speed is standard with AWD). Now I have no long term experience with today's multi-speed transmissions but based on how they've all operated I am in awe. It wasn't that long ago that automatic transmissions were known by derogatory comments like "slip and slide" or "slush boxes." No more. Shifts are quick and crisp. The Taos was no different.
I appreciated that the Taos tested did not have All-Wheel-Drive. In most types of use AWD is not needed, and in the case of the Taos it is rated 4-mpg less on the highway. AWD adds 255 lbs. to the Taos' weight as well.
Don't let the pictures deceive you, the Taos is not a big SUV. It's about the same size as the Ford Escape give or take an inch or so. By the numbers the Taos is 175.8" long, on a wheelbase of 105.9". It is 72.5" wide and 64.4" tall. 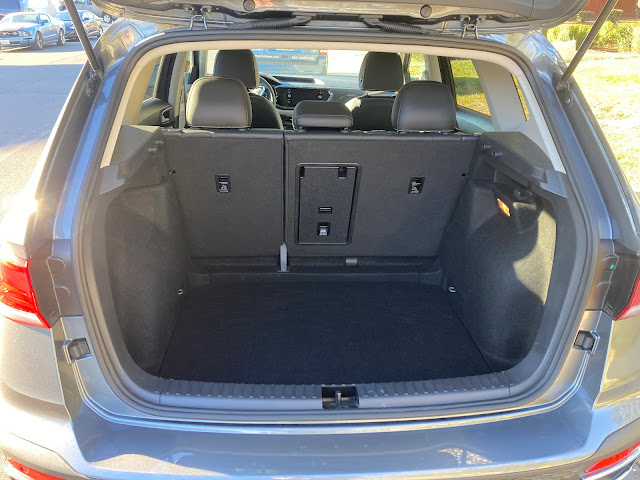 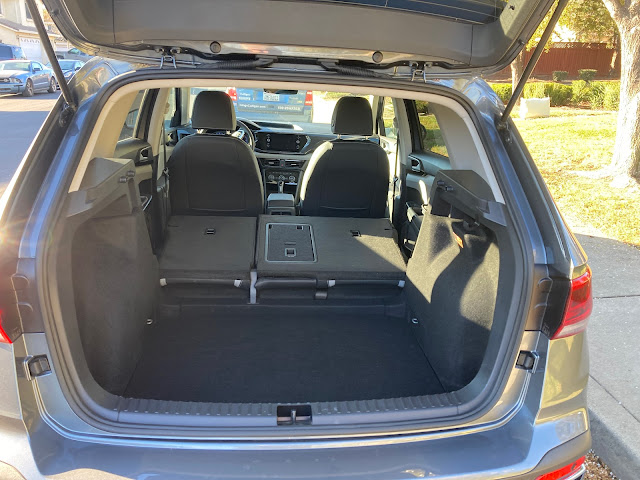 I have to give VW kudos for not tacking on technology for technology's sake. I remember when German auto makers wouldn't build in cup holders because a cup of coffee had nothing to do with driving (they do have cup holders now). This is not to say that the Taos is a Spartan vehicle meant only to transport you to your next destination. There is a whole host of safety and convenience items either as standard equipment or optional.
Chief among the standard equipment is something VW calls IQ.Drive, which VW describes as "Drive peace of mind with driver assistance technology that helps enhance safety." Some parts of IQ.Drive are Travel Assist, Adaptive Cruise Control, Lane Assist, Emergency Assist, Front Assist, Active Blind Spot Monitoring, and Rear Traffic Alert. I didn't think any of these 'assists' were in your face or that they demanded active participation.
I think some people might be put off by a perceived lack of plushness. I wasn't. Yes the interior is what some may think is bland; I just thought it was good looking, well-laid out, and comfortable. I don't need a seat with a thousand adjustments, I just need it to be comfortable. I don't need an instrument panel with cute little pictures and flashing lights (not that there weren't warning lights), just give me pertinent information in an easily readable manner. The Taos did these things. 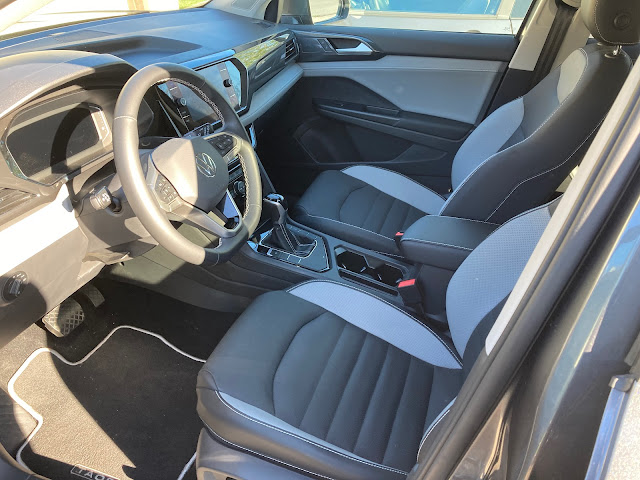 Taos will seat 5; two up front and three in the back seat. The rear seat is split 60/40. There was ample leg room in the rear seat even for adults. 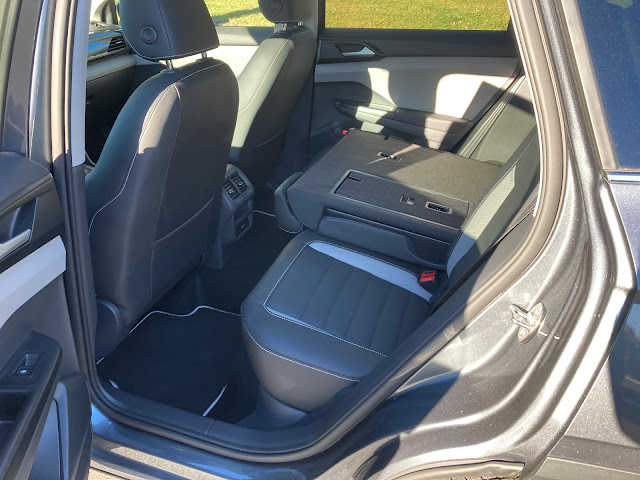 I am not a convertible or sunroof kind of guy. It distracts me to have my hair blowing about, and the glare of the sun blinds me (not to mention that with thinning hair my head burns) so I didn't use the Taos' sunroof except to test it. 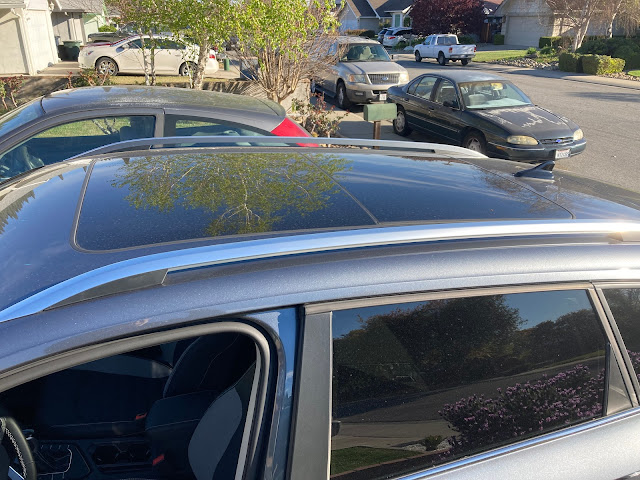 The actual opening part is pretty normal size but most of the roof is glass. There is a translucent shade that cuts down on glare, you can retract it if you want full sunlight. 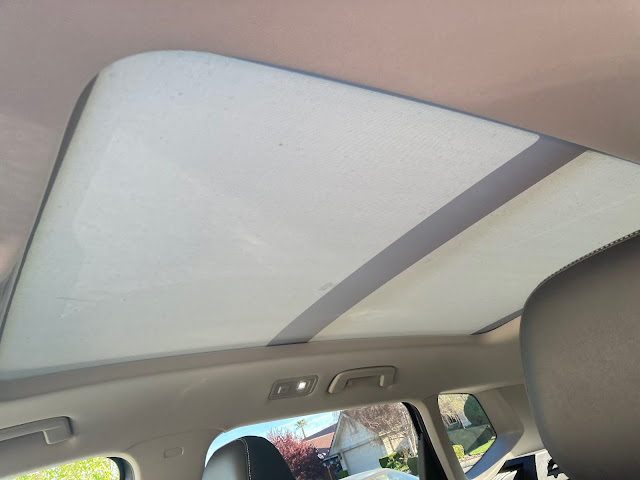 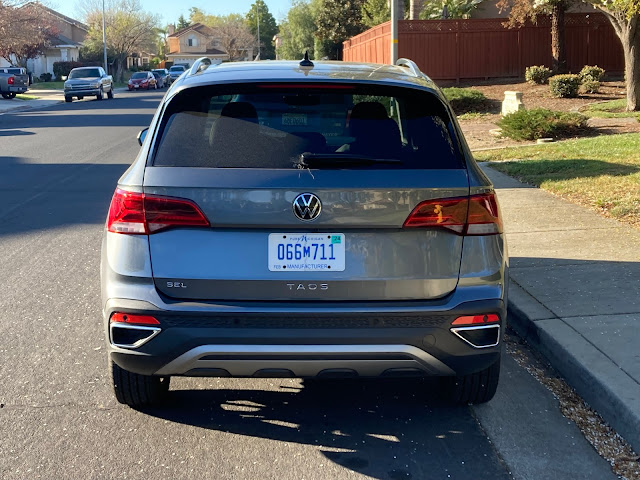