Life is a Carnival - Believe it or not. Introducting the 2022 Kia Carnival SX Prestige

I recently went on a road trip to Southern California to see the Grand National Roadster Show, the grand-daddy of hot rod shows. I guess it would have been nice if someone had lent me a nice hot rod roadster but that was never going to happen. But I was able to snag a 2022 Kia Carnival SX Prestige. It sure was nice to travel in style. 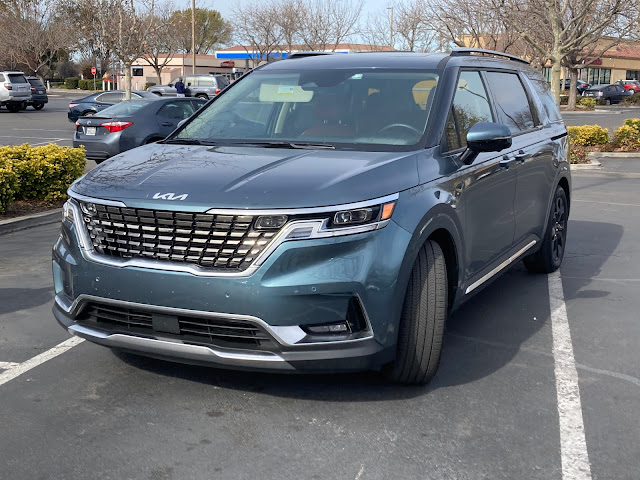 Sure the Carnival was a bit big for just three guys but it was nice to not have to sit shoulder to shoulder.
First thing you have to realize about the Carnival is that it isn't a SUV nor a van, it is a MPV, a Multi-Purpose Vehicle, or CUV, a Crossover Utility Vehicle. It's kind of a cross between a van and SUV. Perhaps the biggest differences between a Carnival and most SUVs are that it doesn't have 4WD or AWD, and it doesn't have as much ground clearance. An upside is you don't have to climb up into the seats. It is a large vehicle, a little bit bigger than a Ford Explorer and a little smaller than an Expedition.

Inside the SX Prestige there is seating for seven - two up front, two in the middle row, and three slim folks in the third row. Less pricey models have seating for eight. Access to the rear seats is via sliding doors, something I appreciate in today's crowded parking lots.
I don't stop much when I'm on a road trip. I don't like fast food so I only stop to eat if I'm starving. Fuel up the vehicle and bathroom breaks are all I really need. I didn't even need to fuel up the Carnival. In theory the Carnival will travel just under 500 miles on a tank of gas; it has a 19-gallon tank. When I filled up at our destination it took about 16-gallons. According to the onboard computer the Carnival averaged just under 26-mpg. For most of the highway portion of the trip I had the cruise set at 80-mph. The EPA rates the Carnival at 26-mpg highway and 19-city.
Every Carnival, even the least expensive, has Kia's sweet 3.5-liter V6 that produces 291-hp and 262-lb.-ft. of torque. According to others the Carnival can go from 0-60 mph in 7.3 seconds. Not too shabby for a vehicle that weighs 4,727 lbs. and is as frugal as the Carnival.
The transmission is an eight-speed automatic that sends the power to the front wheels. Towing capacity is 3,500 lbs. 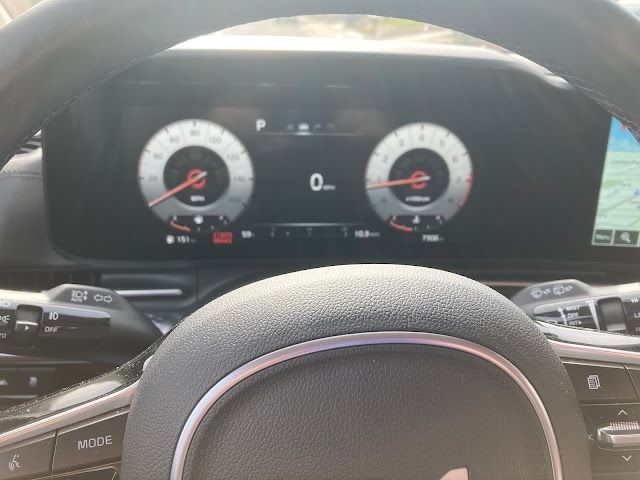 I think Kia engineers actually spend time in their vehicles. Just about every control, and there are a lot of them, was easy to find and use. Once I located a switch I never had to look again. I didn't have to worry that an uneven road might cause my finger to poke the wrong part of some touch screen. 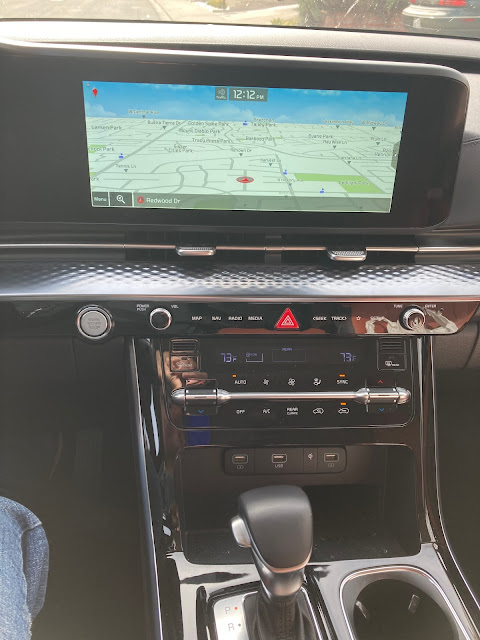 That doesn't mean the Carnival is perfect. The Smart Cruise Control was one of the smoothest I've driven, at least in braking. I found the acceleration lazy, enough so that I had to use my right foot instead of letting the computer do the work.
And then there was the climate control. With the temperature control set at 72 on 'Auto', and the outside temperature 68, it blew cold air. Why? If I set the thermostat in my house to 72 (I don't) and it is colder outside there is warm air that comes out of the vents. Made no sense to me.
I have to wonder about other reviewers. Are you all secret agents or undercover cops on a stake out? Inevitably the interior lights will not come on when I open a door. Then I have to search around in the dark for the switch so they'll come on when the door is opened.
Did I like the Kia Carnival? Yes. If you're in the market for a large family vehicle the Carnival should be on your list.
A base Carnival LX starts at $32,300; the SX Prestige hits $46,300. I don't think you'll be disappointed in any Carnival. 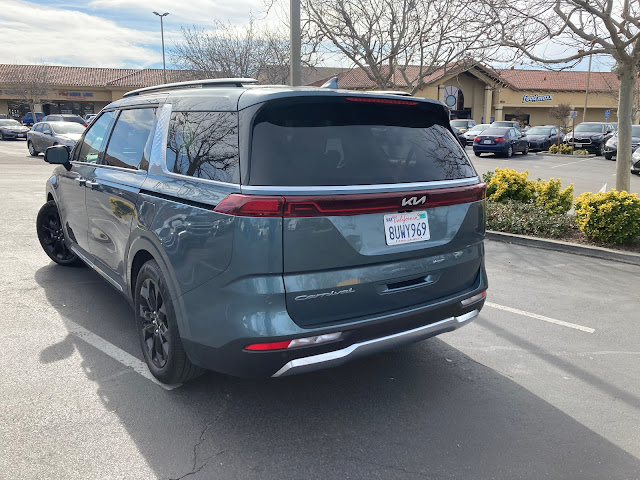 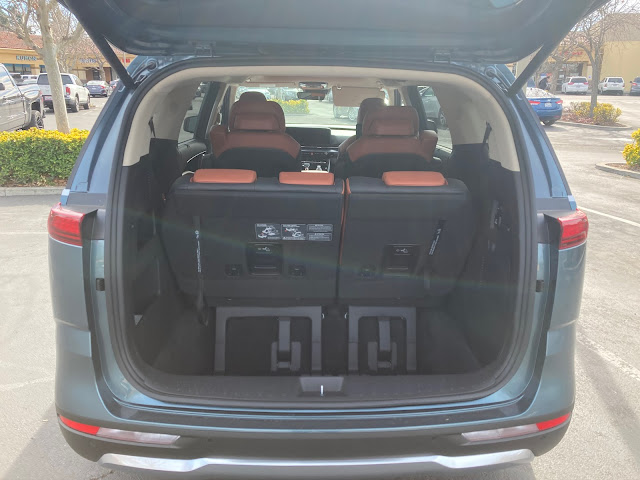