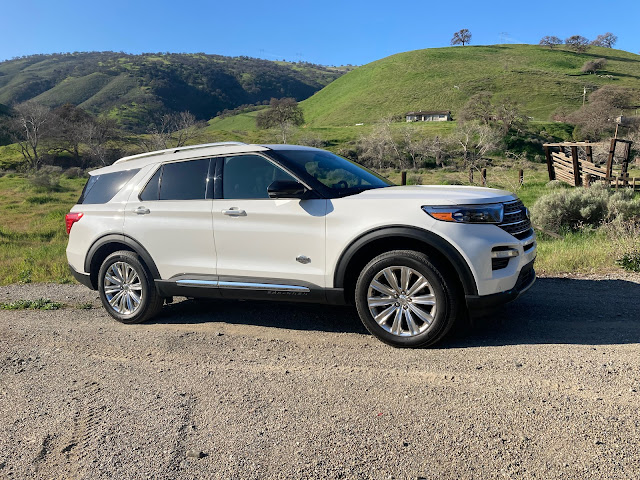 Often vehicle names baffle me. I'm sure I'm not alone (or maybe I am?). Explorer I get; it seems like a good name for a SUV. King Ranch? I thought I understood it - the King Ranch, comprising of 825,000 acres of Texas, is the largest ranch in the United States. I have a vision of unlimited, rugged grazing land for vast herds of cattle. So for a King Ranch vehicle (Ford applies the King Ranch name to pickups and SUVs) I would envision a rugged yet comfortable vehicle, something that wouldn't look out of place with mud and manure. I don't see the Explorer King Ranch riding the range. 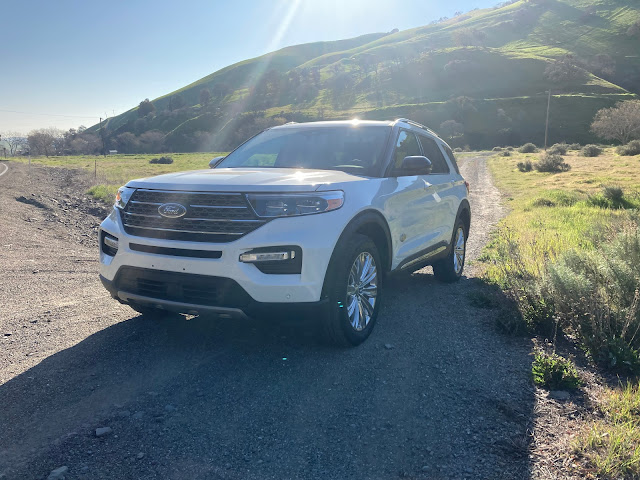 It is not quite "all hat, no cattle" but maybe more downtown that home on the range. That's not to say that the Explorer couldn't cope with riding the range. I'm sure it is capable (although it might do better with more aggressive tires) to go off road, I'm just not sure too many owners are going to want to do that.

There are boosted engines as good as Ford's EcoBoost family but I wouldn't say there are any better. And there are definitely SUVs and pickups with more powerful engines. But there is power for power's sake and then there is power that is every day useful.

The V6 sends its power through a 10-speed automatic out to all four wheels if required. The Intelligent four-wheel-drive decides when or if 4WD is needed.

I think the P255/55R20 All-Season tires were chosen more for low noise and comfort that off-road use. Which tells you all you need to know about what Ford thinks will be the Explorer King Ranch's intended use. This would be the vehicle the ranch owner would take to the cattleman's club. And that's fine.

It is a luxurious ride. Comfort is its reason for existing in my opinion. I felt like a million bucks driving it. I had thought about putting the rear and middle seats down and getting some lumber for a project but I just couldn't bring myself to use the Explorer King Ranch as a truck, it would almost be abusive.

Make no mistake, the Explorer King Ranch 4WD is not an inexpensive vehicle. The 2021 tested came in at just under $60,000. Near as I can figure from the Ford public website ford.com, the 2022 model is slightly less.

Would I recommend a Ford Explorer? Yes. Especially with the 400 h.p., 3.0-liter EcoBoost. 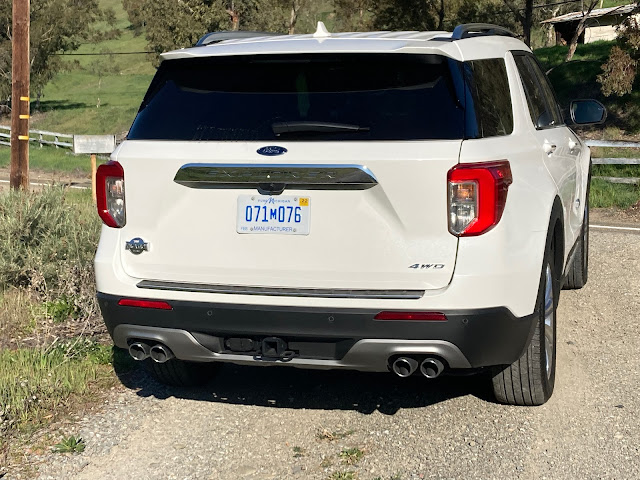