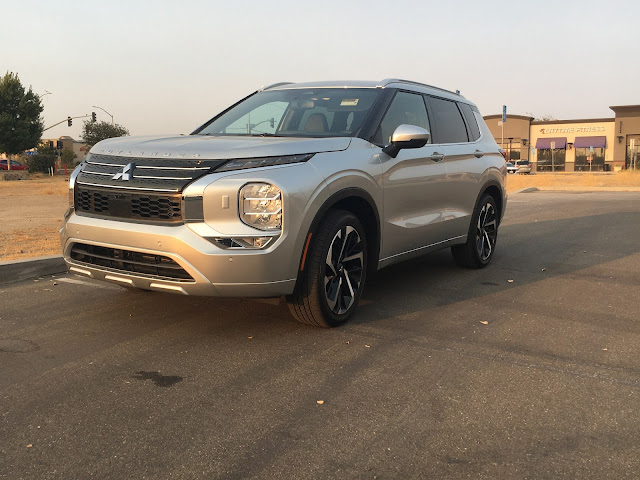 When you think Mitsubishi what is the first thing that comes to mind? For me it's the Pajero (a Montero to most of us) that was known as the 'King of the Desert' for winning the Paris-Dakar Rally twelve times. Then there was the Eclipse, GT3000 VR4, and who can forget the Evolution?

But Mitsubishi also built some 4-door family sedans. Then they all but disappeared. I don't know why. The product was good. The styling was okay.

So when I learned that I'd be getting a 2022 Outlander SEL I was curious; how would it stack up with the competition? After a week I can say that I was generally impressed. 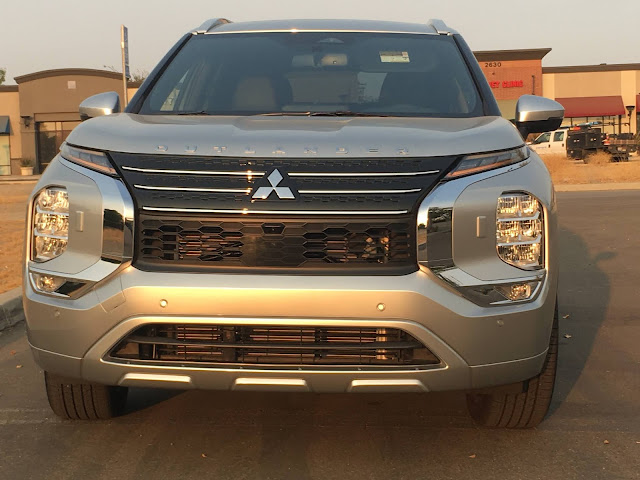 Let's start with the styling. The nose is striking. It may be polarizing. I like it because it is distinctive. Look at the Outlander from a side view and although it's the normal 2-box design Mitsubishi has added some interesting lines to the side. 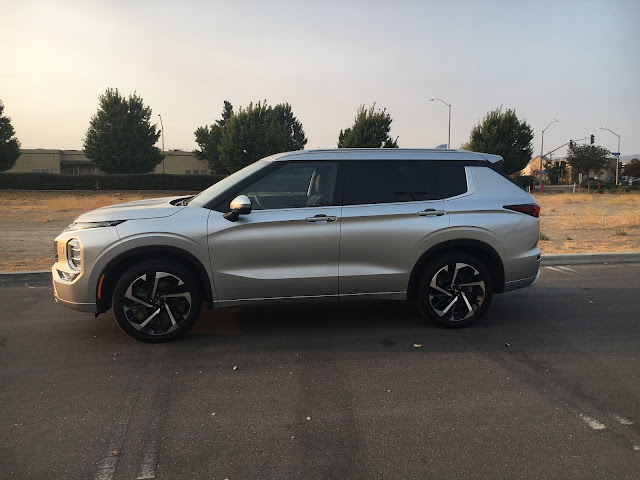 I am not a designer but I like the looks; it is different without being weird.

The interior was very nice. The seats were comfortable and the diamond pattern really sets the seats apart. The only complaint I had with the front seats, and it is a small complaint, is that they are only heated and not cooled. Living where I do I appreciate seats that blow a cool breeze on my back and butt. 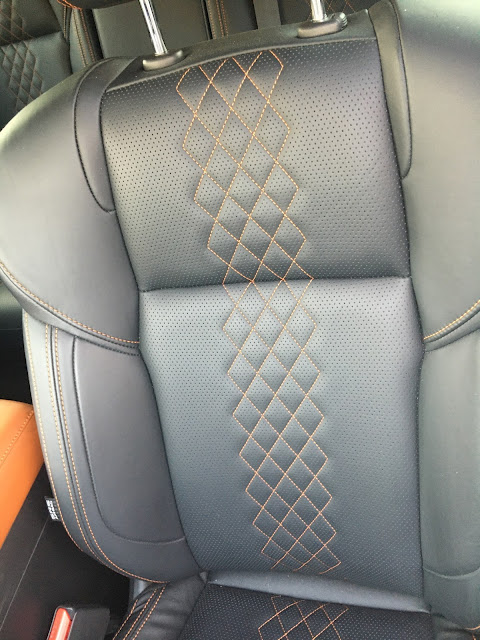 The controls were easy to operate. The gear shit, despite being a lever, wasn't the traditional 'PRNDL'. To engage Park you push the 'P' on the lever, to engage Reverse you press the button on the side of the lever and push the lever forward, and to engage Drive you just pull it back. There is a manual mode that you can shift with the now requisite paddle shifters. There is a separate button to engage the parking brake (after my initial trepidation with these electronic parking brakes I've come to like them).

Like most if not all SUVs today there is a little switch to select the drive mode or in Mitsu-speak the "Super All Wheel Control". There are six options; I left it in normal because I, and my driving, are pretty normal. I don't go off-road, and I don't check 0-60 times. I try to drive test cars like most people drive them. I do check acceleration to make sure a vehicle can keep up with traffic or merge onto a highway safely.

Those that do test performance found the 2022 Outlander was quick enough - 0-60 in 8.2 seconds. Considering that the Outlander weighs 3,803 lbs., and that the 2.5-liter, DOHC 4-cylinder makes 181 hp and 181 lb-ft of torque the performance is respectable. The only transmission available is a Continuously Variable Transmission.

Fuel economy is rated at 30 mpg highway and 24 mpg city. If you opt for 2WD the mileage increases by one mpg on the highway.

Towing capacity is on the low side at 2,000 lbs. but it is adequate for a tent or small camp trailer.

There is seating for seven but in my opinion two of those should be pre-teens. The rear most seat is 1) not super easy to get into (grandma will have trouble), and 2) not super roomy. To give you an idea of the length of the Outlander it is just a tad smaller at 185.4" than a Chevrolet Blazer (191") or Ford Edge (189").

Thankfully the Outlander does not sit too high even with its 8.4" of ground clearance. I really don't like vehicles I have climb up into.

Speaking of getting into, or out of, the Outlander, Mitsubishi has built in a little advertising ala the courtesy lights. Mitsubishi is not the only auto maker to do this but I like it. 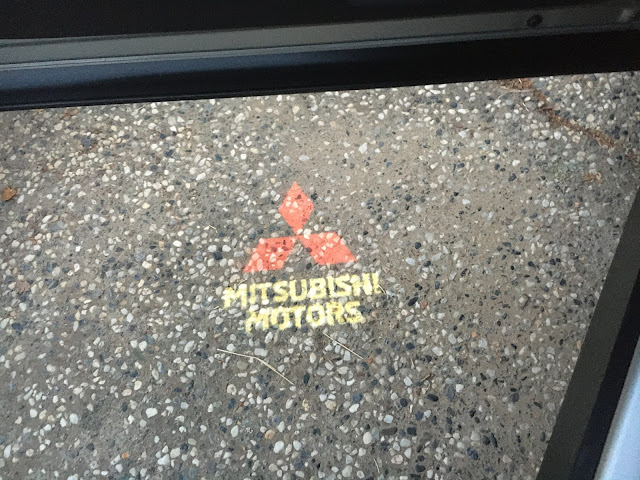 If you're in the market for a medium size SUV check out the Outlander.