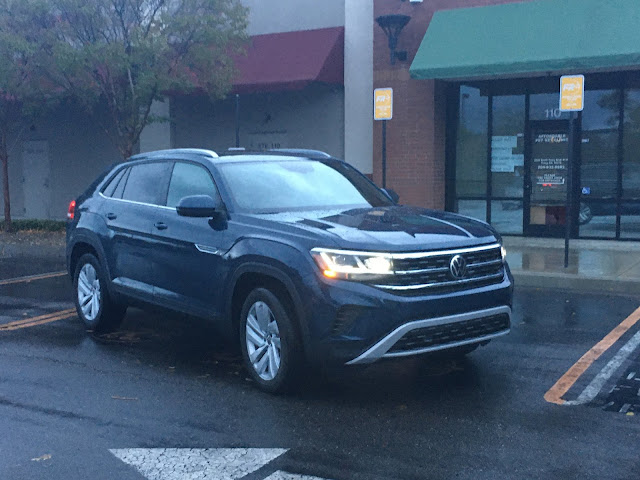 I haven't driven a VW in some time so when the Atlas was offered I enthusiastically said "Yes!"

My first impression of the Atlas was that it seemed huge. It isn't really but I think its styling makes it seem that way. The beltline (the bottom of the windows) is 4' high!

And then I wondered is the name a nod to the Atlas mountains of northwestern Africa, or to Atlas the Greek god, or maybe Charles Atlas? It wouldn't be the first time VW used an African word for a model, think Tourareg or Scirocco, so maybe it is the mountains. Dut does it really matter?

There seem to be two prominent schools of design for SUVs, wildly sculpted ala Chevy Trailblaze or slab-sided like the Ford Edge/Explorer. I prefer the slab-sided look primarily because I think it ages well. So I like the design of the Atlas. 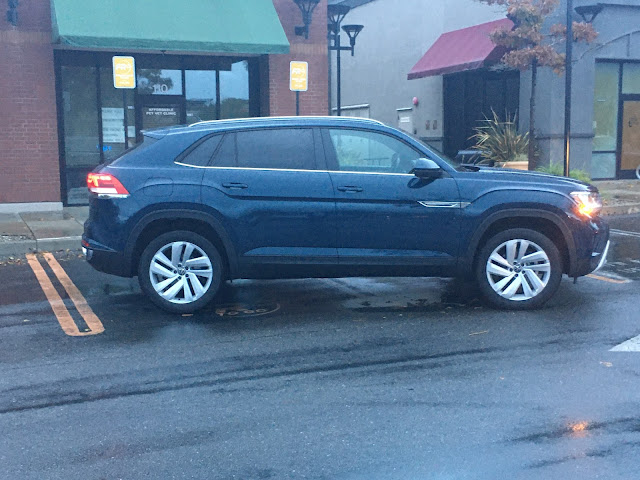 Every time I get to drive a modern car I am so impressed at how much better they are than the oldies some of us cherish. The Atlas is a perfect example.

I'd opt for the 4-cylinder unless you tow a more than a 2,000 lb trailer. Why? Because it has more than enough power and it gets very good fuel economy. The four is rated at 21-mpg city and 24-mpg highway; I saw up to a tad over 30-mpg on a leisurely backroad drive. 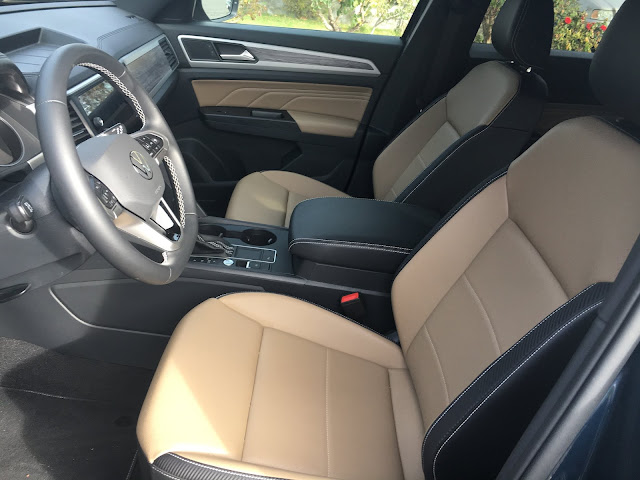 I read some criticism of the Atlas' interior, saying it was kind of blah. I disagree. I look for comfort, durability, and ease of cleaning in an interior not flash. The seats were comfortable, and looked easy to wipe clean. I think the design was tastefully understated but the cream colored section wouldn't work for me (I'm known as somewhat messy, ask my wife). 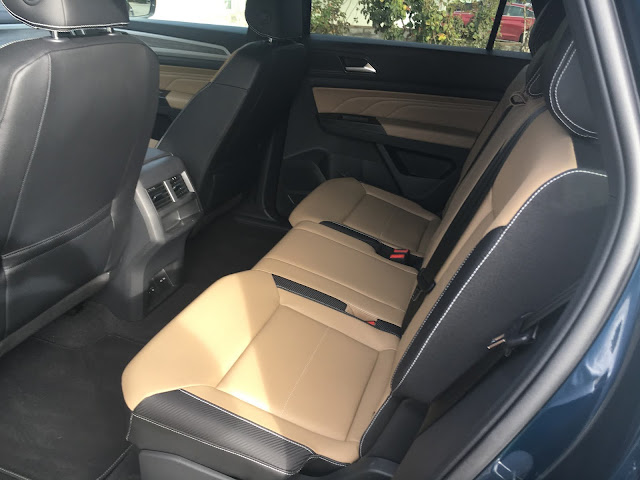 Although the Atlas is a 5-seater the middle seat of the rear seat might be best for a smaller person.

There was a time when the dash controls of a VW drove me mad. I swear they had the most and the tiniest buttons! No more. The dash controls, especially the sound and climate control systems were straight-forward and easy to use. Knobs! They even have knobs! Once you familiarize yourself with the layout it's easy to adjust things without taking your eyes off the road. 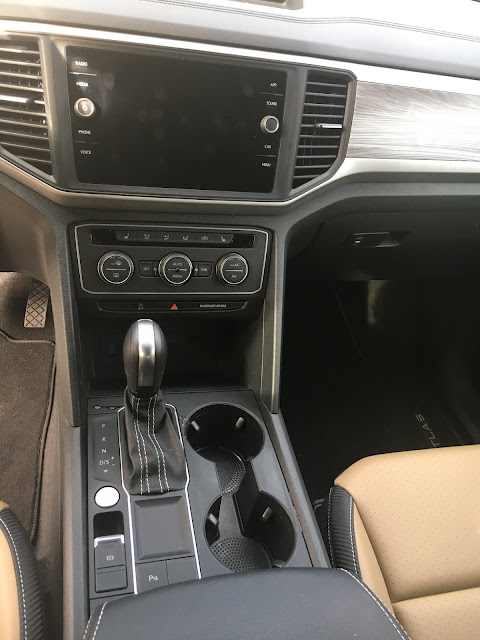 Now about the 'massiveness' of the Atlas. It really isn't that big. It is about the same size as a Ford Explorer. The Atlas is 200.7" long, 78.4" wide, and 70.1" tall. So it is garageable (as long as your garage isn't like mine - full of stuff including an unfinished project).

Out on the road, and it was a somewhat twisty two-lane, the Atlas was not a canyon carver but it held its own. There was little body lean in the corners and even though the suspension is fairly firm it was not harsh.

Reviewing a 2021 when the 2022s have been introduced may seem foolish but there is little difference between the years. The '22 Atlas Cross Sport with Technology was $700 more than the '21, with a base of $36,945. The price is inline with its competition. 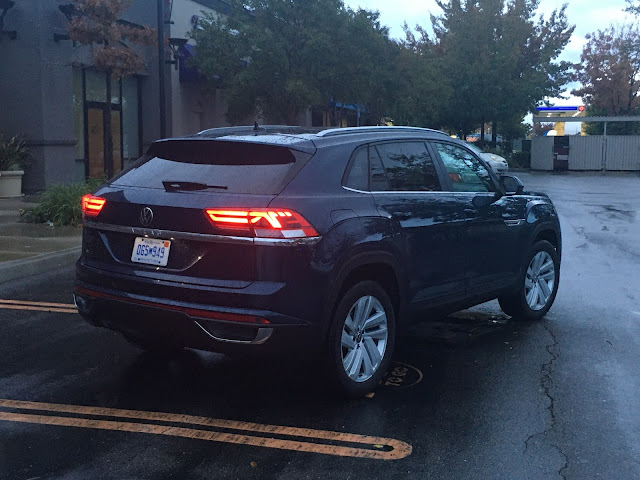