I'm retired, basically on a fixed income. We're not poor but we're not rich either. My wife and I are looking for what may be our last new car. My wife prefers a small car (well she'd really like a red Miata). We both agree that we want a new, not used, car.

Why new? If it was just me I'd probably settle for a low mileage used car but a new vehicle with a new car warranty really makes more sense from an economic point of view.

There are not that many vehicles - cars not SUVs - that are under $20,000. And the number is dwindling.

We both like the utility of a hatchback; the Focus is a hatchback but it's a 2-door which makes the back seat almost useless except for children. We both really like the Honda Fit but it's gone (thanks a lot Honda).

We're considering a Kia Rio S 5-door but 2021 is the last year for them and they are hard to find, at least near us.

A Kia Soul is just under $20-grand but one of us doesn't like the style (the most important one of us). A standard Rio is well under but it is a true sedan not a hatch.

Over at Hyundai there is the Venue which I find rather blah and my wife thinks it's too big. But it's still on our list. The Accent is definitely a contender price-wise but there's no hatch offered.

Nissan has three under the magic number; the Kicks (a small SUV), Versa, and Sentra (the last two sedans - no hatch).

Toyota has the Corolla Hatchback but it's $800 over my arbitrary limit.

The Mazda3 is almost at the price point but not the hatchback, that is over our limit. 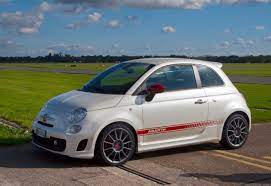 The Fiat 500 would have worked for my wife but alas it is no more.

Mitsubishi has the Mirage but it isn't even on our radar. A car with a 1.2-liter, 3-cylinder that makes 76 hp might be okay around town but not on our infrequent trips on the highway. Sorry Mitsu.

Chevrolet has four cars, the Camaro, Corvette, Malibu, and Spark. The Spark definitely makes the cut price-wise but it's not for me.

The only car Ford sells anymore is the Mustang and as much as I love the Mustang it doesn't fit the bill at all.

The VW Golf would work but it's over the limit.

I'm sure you've noticed there are no hybrids or EVs on our list. We would consider an EV if there was one in our price range. The Chevrolet Bolt is a good size but at a base of $31,000, even if you subtract tax deductions, it's too expensive. For 95% of our driving an EV would work, and if we were to go on a road trip we could always rent a car.

Maybe you think we're too choosy, and maybe you're right. But it's our money. My wife wants a new (emphasis on new) car. We figure this will be the last new car we buy. Given that we live where cars don't rust, and that we keep our cars for a long time (heck I've had my '95 Lumina for about 6 years), and that I'm 72 years old, we will probably keep our next car ten years. So we're going to be choosy.

If you think I've missed a vehicle let me know. The quest continues!