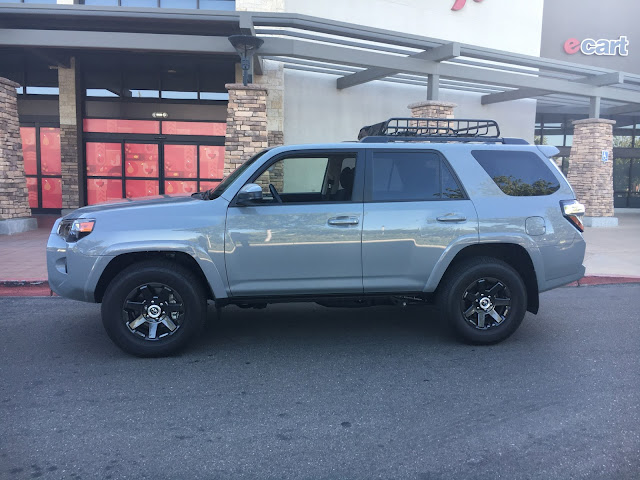 It is hard for me to wrap my head around the fact that the 4Runner is almost 40 years old! It doesn't seem like it but it was a long time ago.

For the 1990 model year Toyota introduced a 4-door model and the 4Runner entered a brand new market - SUV land. Now there are no 2-door models.

Let me say right up front that the only thing I do not like about the 4Runner is the color, and Toyota isn't alone in offering what I feel are rather blah hues. Toyota says this color is 'Cement'. Maybe these colors are seen as more 'natural'?

What is to like about the 4Runner? Just about everything else. In many ways it is kind of a throwback. The controls are relatively simple and familiar. There are knobs for the sound system (they are the smaller ones in the photo), knobs for the climate control system (the larger ones), a familiar cruise control switch (not shown) that was easy to use without having to look at it, and the dash had large gauges with an easy to read information section. Not once did I have to get out the owner's manual to operate any system. 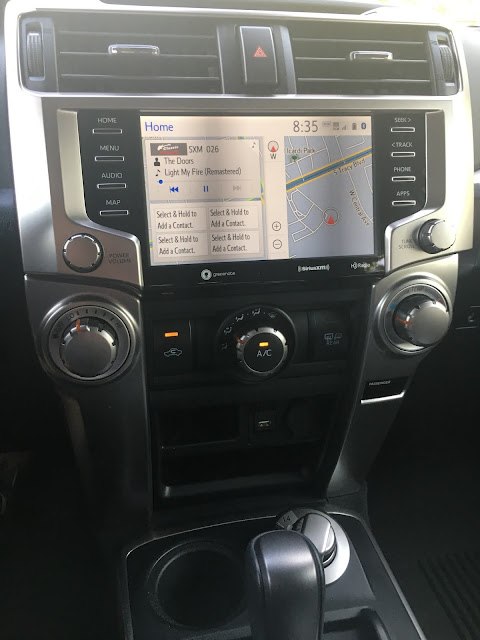 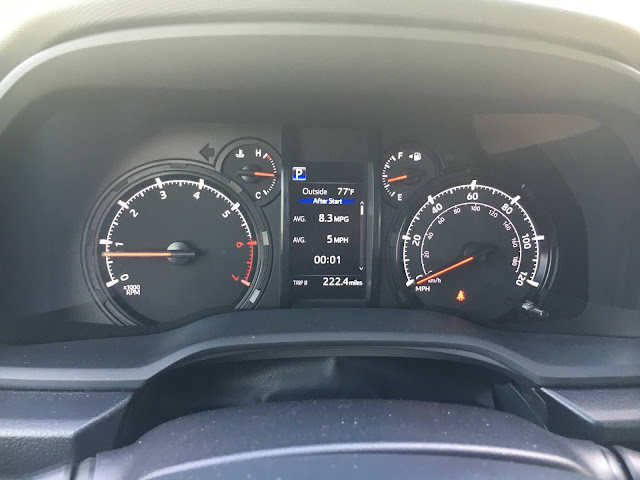 The only engine available is a 4.0-liter, DOHC V6 rated at 270 hp and 278 lb-ft of torque. It is adequate; tests show a 0-60 mph time of around 7.5 seconds. Not too shabby for a vehicle that weighs almost two and a half tons. The only transmission is a 5-speed automatic. Fuel economy is rated at 17 mpg city and 20 mpg highway. I actually got an average of 24 mpg on a 50 mile highway run at 70 mph, which pleasantly surprised me. You can tow up to a 5,000 lb. trailer.

Although the 4X4 has 9.6" of ground clearance getting in and out was relatively easy for this old guy. I wished there was a grab handle on the driver's side (there is one for the passenger) because I don't like using the steering wheel as a grab handle. The front seats were comfortable. All four doors open wide for easy access.

Like most 4Runner owners I did not go off-road and never had to engage four-wheel-drive. I have no doubt that it would acquit itself well off-road for those who like to do that kind of thing.

I suspect one reason the 4Runner (and its competition) is popular is its utility. There is up to 47.2 cubic feet of storage behind the rear seat and up to 89.7 with the rear seats folded. The test 4Runner had a sliding cargo tray. A third row seat is available.

For additional storage there is a Yakima LoadWarrior Cargo Basket on the roof. I've seen these baskets really loaded up with coolers and camping gear so you could easily take all your gear with you in the 4Runner. 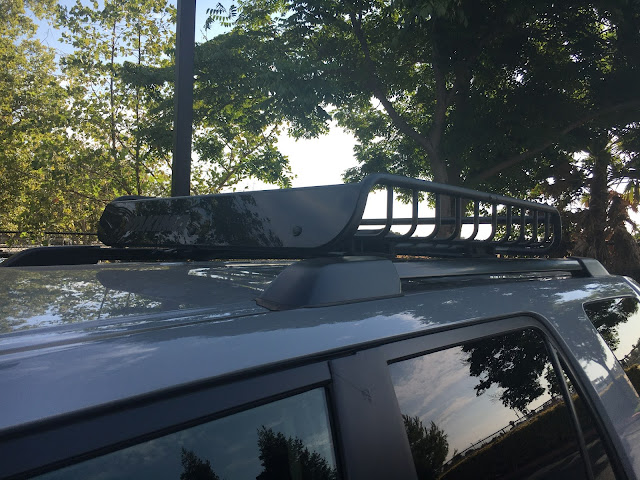 The Cargo Basket, a 40 quart cooler, the sliding cargo tray, and all-weather floor liners are all part of the Trail Special Edition. 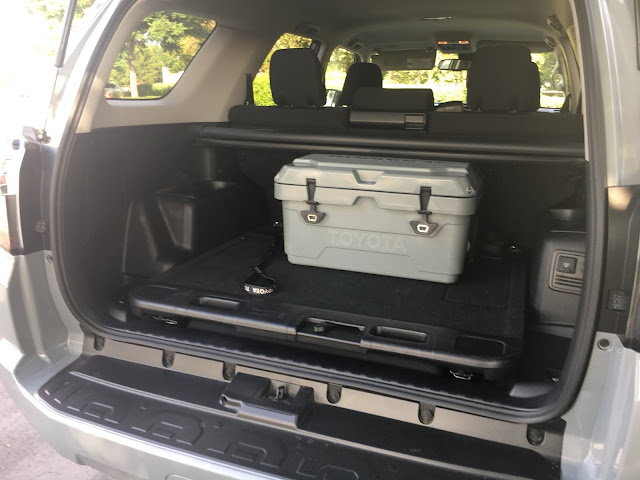 I am not a fan of the styling of the current 4Runner, especially the nose. It looks too busy to me. But I see a lot of this generation on the road so once again I'm in the minority. 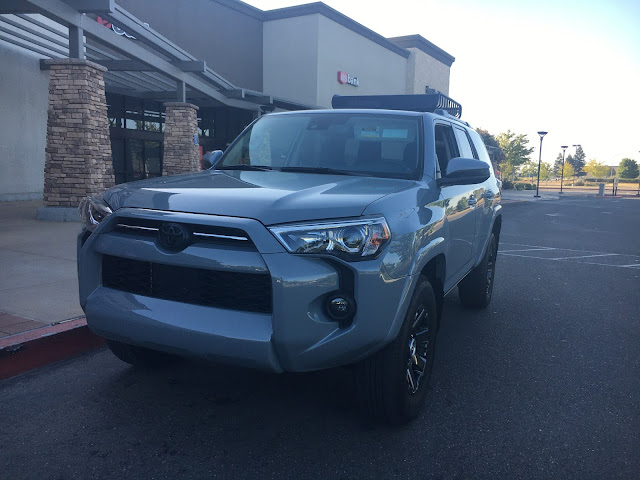 Over the years there has been a change in the ride characteristics of 4X4s. I remember them as being overly stiff, 'buckboard ride' was how they were often described. A stiff suspension isn't really best for off-roading though. You want all four wheels on the ground (or whatever you're traversing) as much as possible. A softer suspension that is well controlled, is best. An added benefit of the suspension is you don't end up feeling beaten up after a trip on our deteriorating highways and byways. The ride isn't sickly soft but it does absorb the worst.

Would I buy a 4Runner? Yes and no. I have no need for an off-road vehicle. Toyota does offer a 2WD 4Runner that would fulfill my station wagon lust if it sat just a tad lower (the 2WD has 9.0" of ground clearance). If I lived in foul weather part of the country the 4WD 4Runner would work just fine.