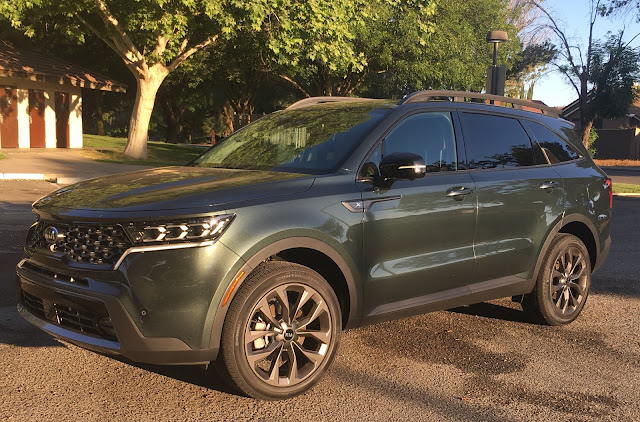 It seems that I'm becoming a Kia guy. It used to be a thing to identify yourself with a specific make. My dad was a Packard man, and then he was a Ford man. I grew up a Ford guy, and then in the seventies I became a Toyota guy, and now I'm leaning towards being a Kia guy. Ya think maybe I'm fickle?

You would think that if I liked Kia I would also like Hyundai; I mean they are kissing cousins. I think the difference for me is the styling. And maybe the logo. That sounds superficial doesn't it?

Right up front I feel I need to say my wife and I are considering buying a new car, probably a Kia. We tend to keep our cars a long time and the next new car may be our last new car.

Like most auto makers Kia has a full range of SUV/Crossover/MPVs, seven to be exact. The Sorento is the third largest at 189" long, only the Telluride (196.9") and Carnival (203") are larger.

Even though it is not the largest the Sorento can seat up to seven. The test Sorento had seating for six - Two, two, and two. With all the seats up there is 12.6 cubic feet of storage behind the rear seat. That's enough for luggage for two or groceries. Fold the rear seat down for a flat load space and there is up to 45 cu. ft., and with the middle row folded flat that jumps to 75.5 cu. ft.

There is only one engine size and type available, a 2.5-liter four cylinder, although you can have it turbocharged or not. Sans turbo it produces 191 hp and 181 lb-ft of torque. The turbo version jumps to 281 hp and 311 lb-ft. Both versions use an 8-speed automatic. FWD is available but the N-Line is only available with AWD.

Kia says a Sorento like the test version with a turbocharged engine will do 0-60 mph in 7.6 seconds and top out at 131 mph.

Attention to detail. That's what turns a good vehicle into a very good one. In my opinion there are no bad cars anymore but there are cars that could be better. Attention to detail. That's what makes all the Kia models I've tested over the past few years appeal to me. Are the gaps between body panels even and at a minimum? Is the paint flawless? Does the interior look like it belongs in a luxury car? I can honestly say yes to all of these questions.

The paint, what Kia calls Aruba Green, was beautiful. The hue changed depending on lighting from a dark gray with a hint of green to an olive green. 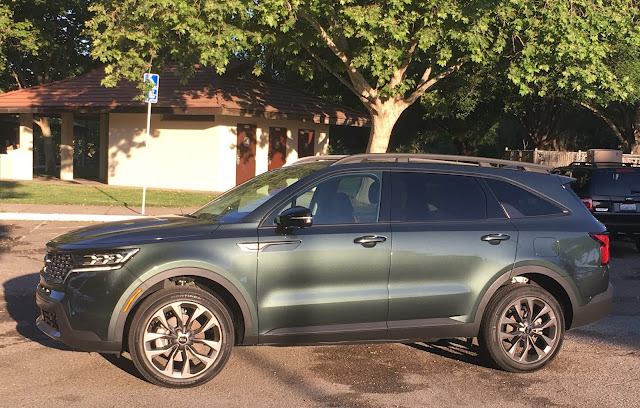 Inside the seats are trimmed with leather but just saying that doesn't do the interior justice. Even the vinyl looks expensive. Nothing looks gaudy just well made. 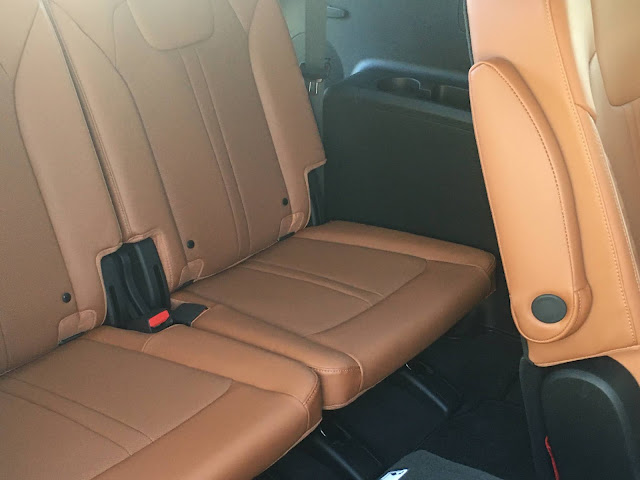 Most of the controls were easy to use without having to search for them. I did have a problem remembering how the 'Resume' worked for the cruise control. You have to push down on the small toggle that sets the speed to resume.

Kia has a lot of 'nanny' features and for the most part they didn't bother me. The Lane Keeping feature and I had a disagreement though. I like to drive slightly to the left of center in my lane; it liked to keep me dead center of the lane. We agreed to disagree.

This was the first Kia I've driven over the past couple of years that didn't surpass or equal the EPA fuel economy figures. EPA rates the test Sorento X-Line AWD at 21-mpg city and 28-mpg highway. I saw 27.5 on the highway. I won't complain.

There is a $13,200 difference between the lowest base price of $29,390 and that of the Sorento X-Line AWD at $42,590. Even though the X-Line has all the goodies you could dream of (and probably more) there were some extras on the test Sorento - Rust Interior Package (never use the term rust around a guy from the East Coast) for $200, Carpeted floor mats ($210), and Carpeted cargo mat w/seat back protection ($115).

If I could afford it I would buy a Sorento X-Line. It's a little bigger than I need but not so big that I had to climb up into it. The tech stuff didn't intimidate me.

So is the 2021 Kia Sorento X-Line AWD a home run? In my opinion it is at least a stand up triple. 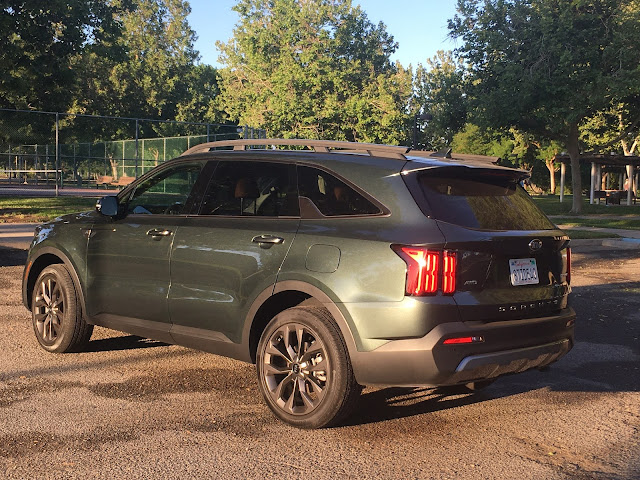