Mazda CX-5, Is it still Vroom-Vroom? 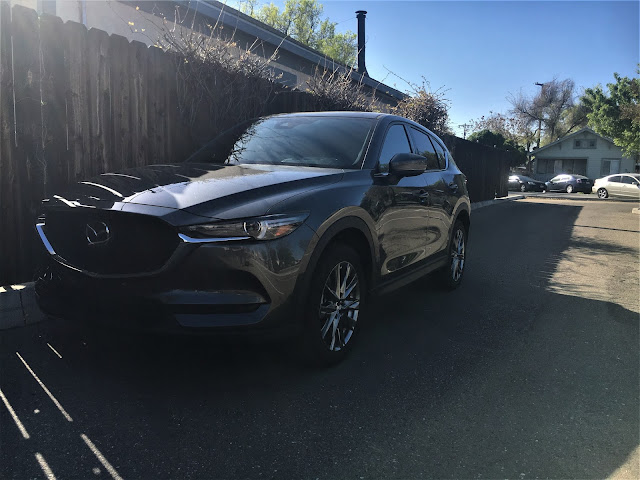 It's getting so that you need a tape measure to tell the difference between Mazdas, at least from a distance. That's not a bad thing. There is something reassuring about all Mazdas, especially the SUVs, having a familiar resemblance.

Even the interiors look similar. If they were all too 'techie' I’d probably hate them but they are not, at least not out in the open. With a few exceptions all the controls are easy to access and intuitive. The tech is there, it just doesn’t intrude. This is how it should be; tech should serve us not vice versa.

Maybe to some this sameness might be a negative. If your aim is to impress your friends and neighbors you might want a larger, more expensive model to visually out shine its smaller siblings. Personally I don’t give a rat’s behind what they think - Heck I drive a ratty old car.

I had the opportunity to drive a Mazda3 Hatchback a week prior to the CX-5. Often I have to spend some time going through the owner’s manual to learn how to operate all the stuff in a vehicle. But when I get into a Mazda it’s all pretty simple and – this is important – it doesn’t really change from one model to the other. 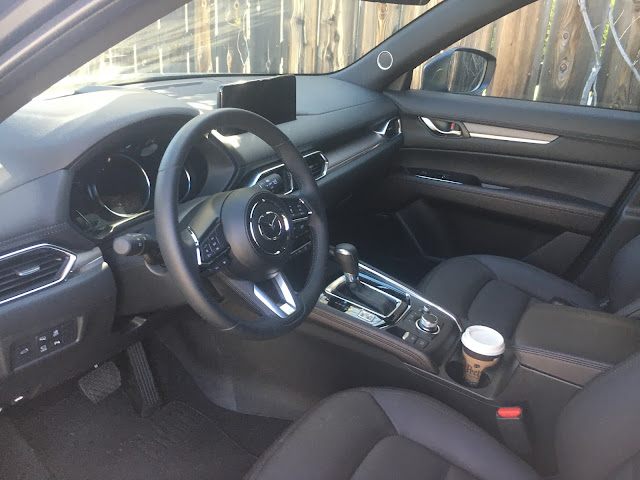 There is seating for five; two up front and three in the rear seat. Behind the rear seat there is 30.9 cu. ft. of storage, and with the rear seats folded down that jumps to 59.6 cu. ft. The rear bench seat is split into three sections and Mazda provides small release handles in the cargo area to fold them down. 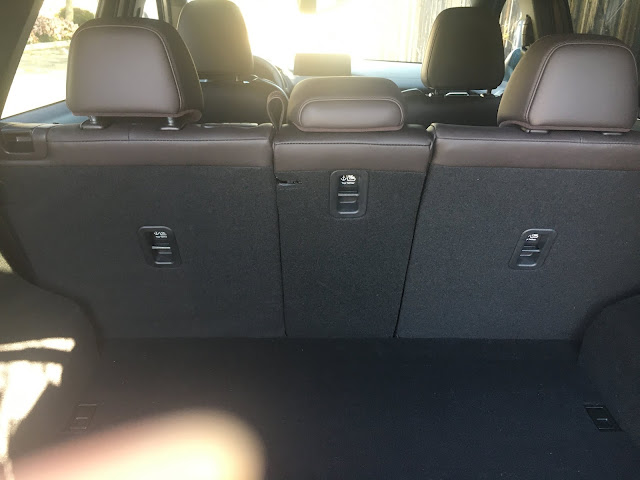 Mazda used to have a variety of engines – I4, V6, Rotary (Wankel). Now all engines are four-cylinders of two different sizes, a 2.0-liter and a 2.5-liter. The CX-5 uses the 2.5. There are two versions; 187 hp, and turbocharged 227 hp version. The test vehicle had the higher horsepower engine. The only transmission available is a 6-speed automatic.

The test CX-5 had All-Wheel-Drive. Mazda says a similarly equipped CX-5 weighs 3,836 lbs. That seems like a lot of weight for a 4-cylinder to haul around, the CX-5 must be a slug right? Wrong. No less than Car and Driver found that a CX-5 just like the one I drove did 0-60 mph in 6.1 seconds. That’s quick folks.

I am not suggesting you drag race a CX-5 but you do want enough oomph to pass another car quickly and safely. The CX-5 has you covered.

On the flip side is fuel economy. This CX-5 is rated at 22-mpg city and 27-mpg on the highway – not fantastic but not bad. The lower horsepower engine with 2WD is rated 25 city and 31 highway.

All CX-5s regardless of engine are rated to tow up to 2,000 pounds.

When I evaluate a vehicle I try to look at what it is intended to be and do. In my opinion the CX-5 is a very good vehicle. It will seat 5, has good storage space, it’s easy to get in and out of, the visibility from the driver’s seat is very good. The tech is there to serve you.

I’m not a huge fan of the current Mazda styling but that’s just me. I do like the non-gimmicky interior. 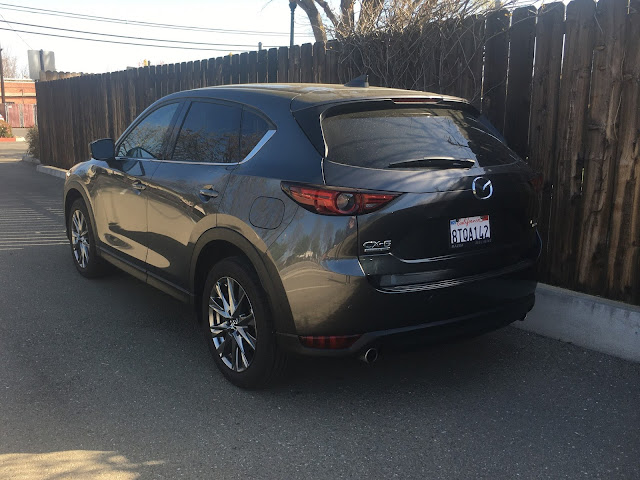