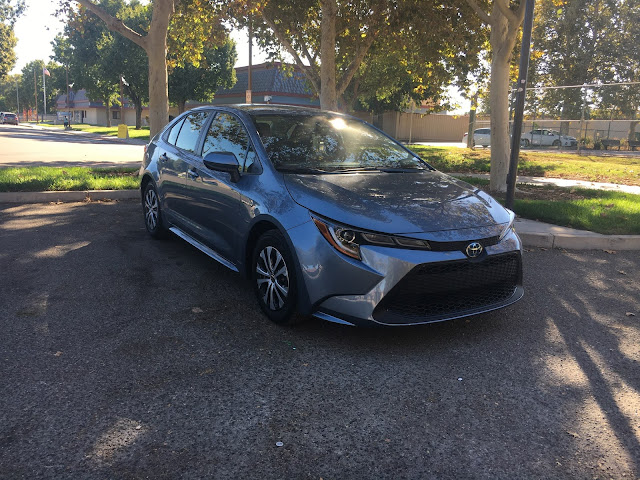 I don’t fully understand why there needs to be a Hybrid Corolla. But Toyota seems to want a hybrid for every model except its pickup trucks (I’m willing to bet that there’s a hybrid pickup waiting in the wings) and that’s okay.

From the title of this review you see that I had two take aways – great fuel economy and what I feel is blah styling. 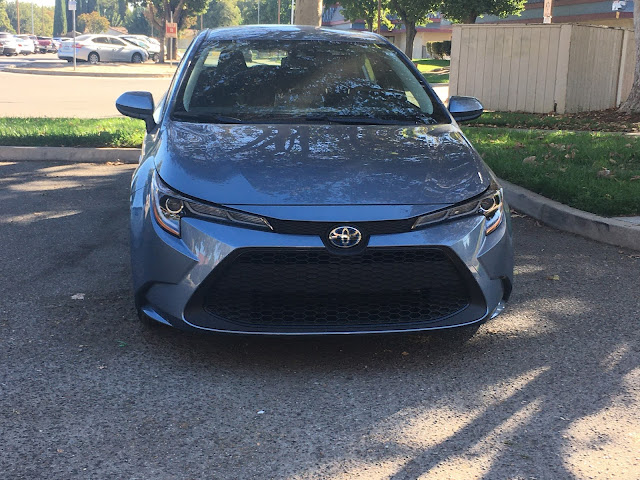 I admit that styling is in the eye of the beholder and my taste has been criticized in the past. So bear that in mind. Part of the blah-ness may be due to the color of the test Corolla – Celestite Gray. Add in the lack of brightwork and I found the Corolla drab. It would definitely be better in a more vibrant color, at least in my opinion.

I don’t usually mention fuel economy this early in a review but it is the high point, the reason for any hybrid. The EPA says the Corolla Hybrid is rated at 53-mpg city and 52-mpg highway. I did not check the around town mileage but on a trip of about 100 miles (plus or minus) the Corolla Hybrid returned 59-mpg! 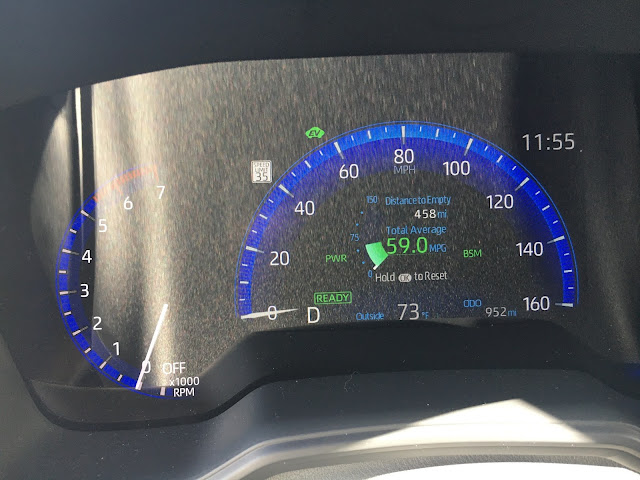 Amazingly the Corolla Hybrid doesn’t have a “small” gasoline engine coupled with an electric motor. The gas engine is a 121-hp, 1.8-liter 4-cylinder. The electric motor puts out 57 kW (71-hp). That’s a total of 192-hp driving through a CVT to the front wheels. While not a drag strip terror it will not embarrass you should you need to merge RIGHT NOW!

If I had any criticisms of the interior it would be that it is monochromatic – black. The front seats were comfortable enough and the manual adjustments were easy to use.

There is 13.1 cubic feet of storage the exact same as a non-hybrid (often hybrids lose trunk capacity due to the hybrid battery).

I’ve gotten used to most of the computer controlled “nanny” systems. I don’t know if I’d use them if I owned a new car but I feel compelled to see how they work. My thinking on automatic braking, often combined with the cruise control, has changed to the point where I would use it. Imagine you’re driving through fog (or more recently in California smoke) and you can’t see ten feet in front of you. Radar can see even if you cannot. But any computer controlled safety item must be 100% bug free. The Corolla seemed to fail that test once. I say seemed because it only happened once and maybe I reacted to a perceived danger too soon. Let me explain.

I was driving with the cruise control set at 70 mph and the “radar” set at the maximum gap. A truck towing an empty flatbed trailer pulled in front of me, maybe ten-twelve car lengths ahead. I waited, right foot hovering over the brake pedal, for the automatic braking to slow the Corolla. The distance between us decreased but still no braking. When I was maybe four car lengths from the trailer I braked. It only happened that once but that once reinforced in me the need not to take any of these systems as infallible.

Normally I am neither pro nor con about hybrids. They usually cost a fair bit more than their non-hybrid brethren. The Corolla Hybrid impressed me for its exceptional fuel economy and price. The rated fuel economy is 12-mpg better than a comparable gas-only Corolla and the price is only $3,575 more. The test Corolla Hybrid had on option (Blind Spot Monitor) at $500. With delivery fee the price rose to $24,855. 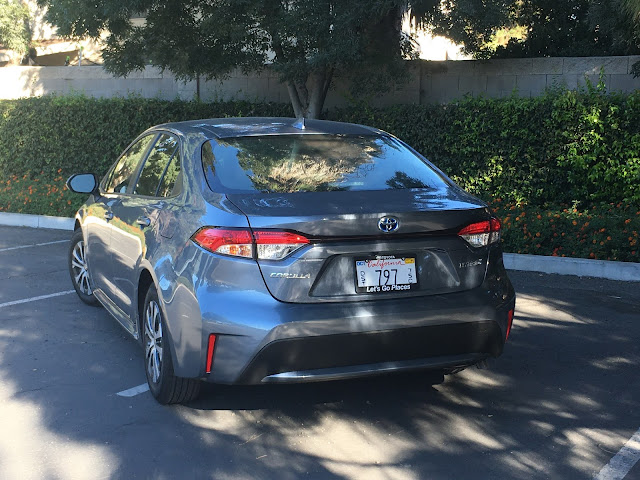