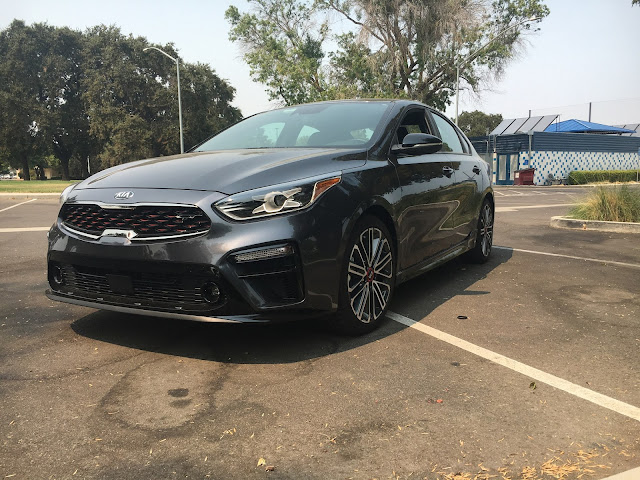 There was a time when Kia, any Kia, was barely basic transportation. Those days are well in the past. Today Kia, any Kia, is the equal of its competition.

The Forte GT is basically the same size as the Civic Si sedan, a little longer, and a little heavier. By the numbers the GT is 182.7” long, and it sits on a wheelbase of 106.3”. It weighs up to 3,079 lbs. for the automatic transmission version depending on options. With a 6-speed manual the weight is 2,989 lbs.

Under the hood sits a DOHC, 1.4-liter, 4-cylinder turbocharged engine that puts out 201 hp and 195 lb-ft of torque. A 6-speed manual transmission or a 7-speed dual clutch automatic transmission are available. Purists will opt for the manual, the test Forte GT had the automatic. Heretic that I am I’d take the automatic. If you want to shift just put it in “Sport” mode and use the paddle shifters.

A big plus to the automatic is fuel economy. The automatic is rated at 35-mpg on the highway and 27 around town, two-mpg more than the manual. I saw an indicated 44-mpg on a strictly highway drive of about 35 miles with the cruise set at 70 mph! 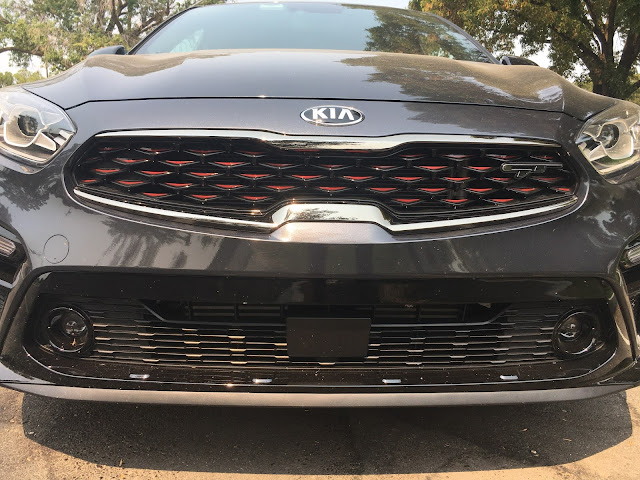 Now I’m not an automotive designer nor am I a style critic (some would say I have no style) but I know what I like and that is conservative or classic style, partly because I tend to keep cars for a long time (maybe it’s part of my Yankee thriftiness). I don't like trendy. I like the looks of the Kia Forte and the GT just accentuates the good stuff in my opinion. It looks like a car a grownup might drive (I am grownup in age if not mentality).

As I do not do instrumented acceleration tests I have to rely on those that do. Expect 0-60 mph times around 6.5 (+/-) seconds, about the same as the Civic Si sedan.

Using my “port inspection” eyes (a certain auto maker I once worked for would periodically inspect cars fresh out of the factory for fit and finish) I was impressed with the Forte GT. The body color I could do without – there are simply too many charcoal grey (Kia calls it Gravity Grey; I didn’t realize gravity had a color) cars out there. Kia has a Deep Sea Blue that calls to me.

Inside looked decidedly upscale sporty to me. Some might criticize the front seats because they aren’t of the body hugging race car design. Me? I’m of an age where I appreciate a seat that doesn’t put my butt to sleep on a long drive. I suppose that if I were racing the Forte GT I might like better side bolstering but out here in the real world getting in and out should not require hoisting your butt up and over the bolsters. 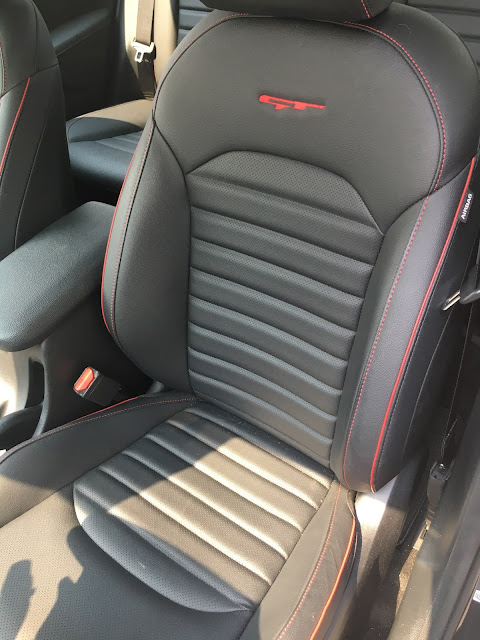 The whole interior had the look of a much more expensive car. One touch, and something I’ve come to really appreciate since I live where it gets darn hot is the ventilated front seats. It is nice to arrive at my destination without the back of my shirt drenched with sweat. They are part of an optional package though (extra $).

I appreciated the analog style gauges but that’s the difference between people of a certain age (me) and the younger folks. I like to see the swing of the tach needle, or the position of the speedo needle. It's all what you are used to. 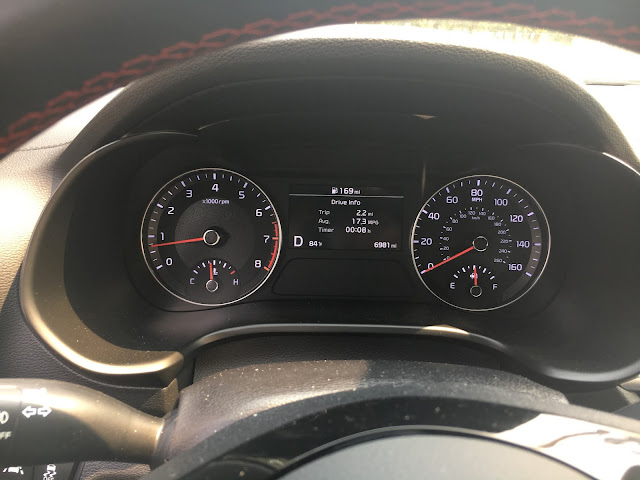 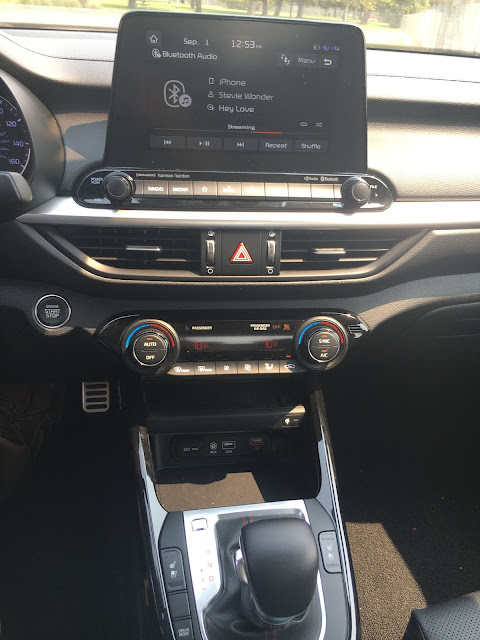 Brakes are something I take seriously, stopping is more important than going in my book. The Forte GT gets it done – 12.0” rotors in front and 10.3” rear. They felt great; firm and easy to modulate (not that you need to modulate in a panic stop anymore because the anti-lock brakes do the job).

In fact the whole car felt great. Ride and handling were superb. Yes the ride was a little stiff, it is a GT after all, but not uncomfortably so. The tires were P225/40R18 Michelin Pilot Sports.

I did notice some road noise, most likely from the rear. Not intrusive but it was there. That was the only negative I found. 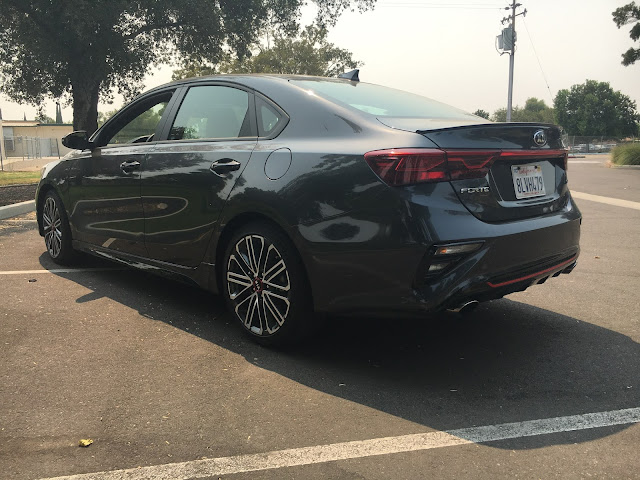 The question comes down to would I buy one? The answer is a definite yes. But mine would be blue.