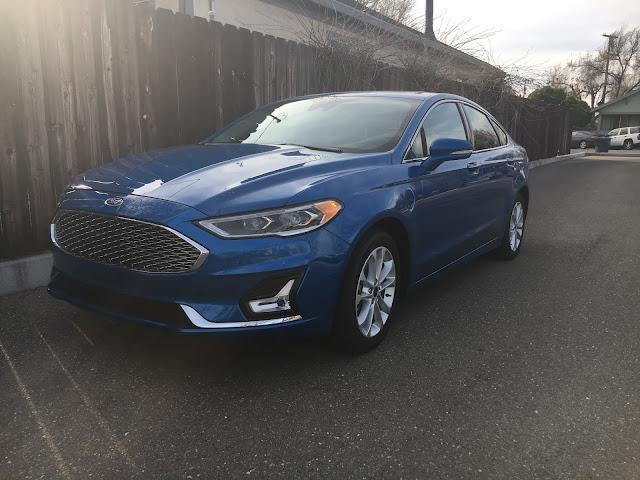 A while ago Ford announced that they would stop building sedans. Right now Ford fields four sedans - Fiesta, Focus, Fusion, and Taurus. Other auto makers may follow suit. Say bye-bye to sedans.

Instead of sedans Ford wants you to buy an SUV - small, medium, or large - or a pickup. So it was a surprise to see a sedan, a Fusion, in the local press fleet. Not just any Fusion but a Fusion Energi Titanium.

The Fusion hasn't changed much over the past few years (why spend money on a car that is doomed), and I have driven hybrid Fusions before but it seems like Ford has tinkered with the computer programming to make the Energi, a plug-in hybrid, more electric. What do I mean? It used to be that if you tipped into the throttle more than just a tad the gas engine kicked in. With the 2019 Fusion Energi I was able to drive around town at normal speeds and accelerations without using the gas engine. For the first couple of days I had the Energi the miles-per-gallon digital readout stayed at 999 mpg, the maximum it can show! That doesn't mean I was getting that kind of gas economy only that I didn't use any gasoline.

The MPGe (Miles Per Gallon equivalent) is a formula the US EPA uses to equate electric vehicles to gas vehicles. According to the EPA the MPGe for the Fusion Energi is a combine city/highway of 103. But forget all the stats cited - I've been in the Fusion Energi for almost a week and the gas gauge hasn't moved. 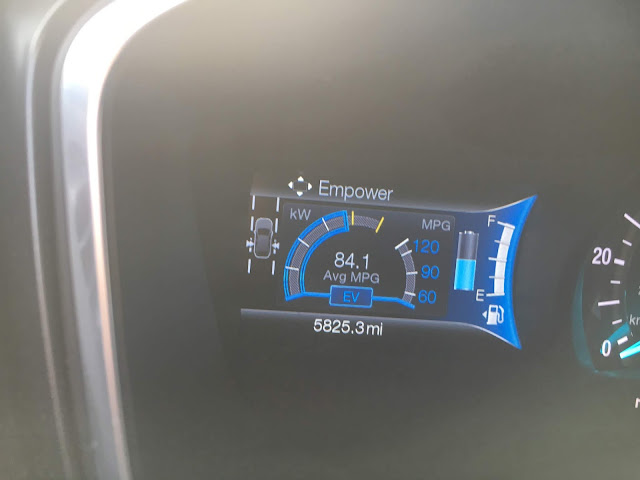 Yes that says 84.1 mpg. That's after driving almost exclusively on the battery with some bursts of the gasoline engine.

The rest of the Fusion is nice but no nicer than many other sedans. The seats were comfortable, the handling was good (not that I raced it), all the creature comforts were there and worked fine.

The biggest downside for the Fusion Energi is the loss of trunk space. A standard Fusion has 16 cubic feet of trunk space; a Hybrid has 12, and the Energi only 8. That's not a lot of storage for a 5-passenger vehicle. 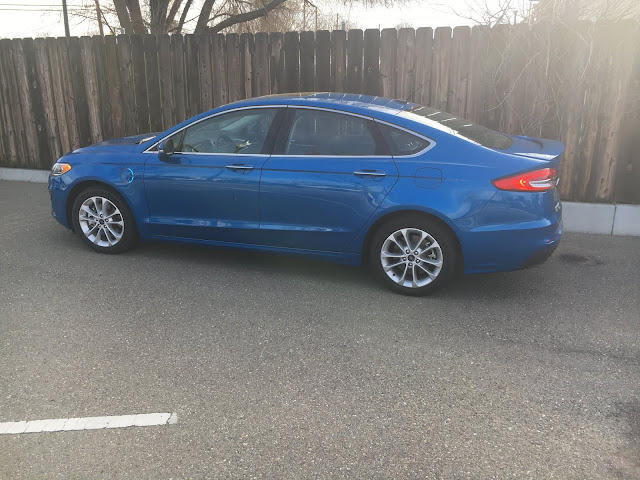 So if you want a car, a real car, and fuel economy is really important to you, you owe it to yourself to try out the Fusion Energi. The price of the test Energi was $35,585. 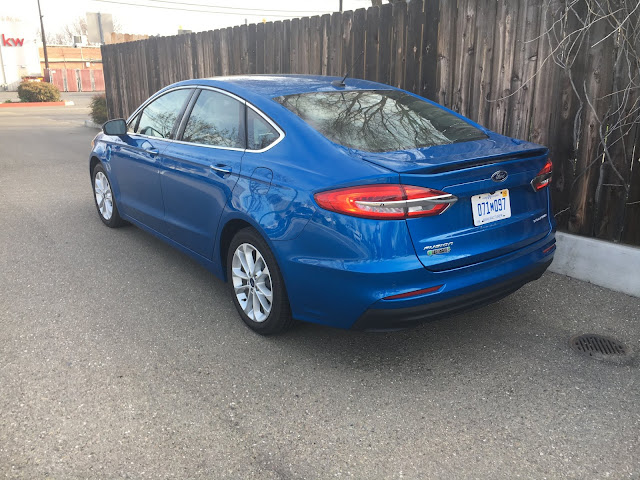