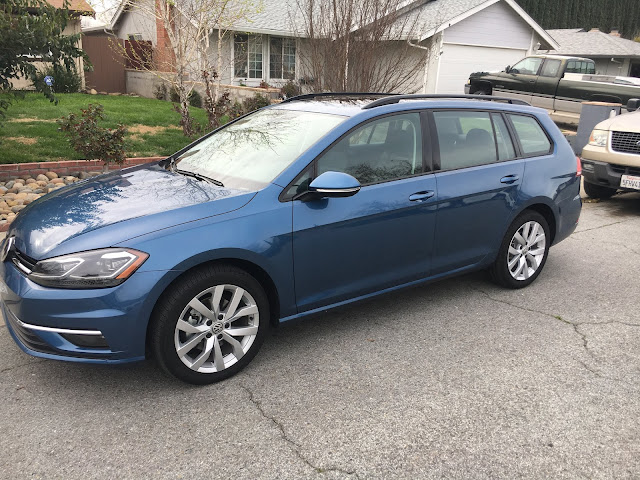 Every time I get into a VW I'm reminded that they really are drivers' cars. They may not be the most luxurious, or the most head turning. But every single VW I've driven over the past few years has impressed me with its road manners and comfort. It is just a pleasure to spend time behind the wheel. And the Golf SportWagen was no different.

I like the styling of the SportWagen. It isn't ostentatious and it isn't plain. Some may say it is dated. In my opinion it is timeless. I tend to keep cars for a long time so I want a car that isn't going to look passe in a few years.

I'm also impressed at the performance of what is a relatively small motor. The 16-valve, 1.4-liter, turbocharged four has the most muscular 147 horses I've driven. The peak horsepower is at 5,000 rpm but the peak torque of 184 lb-ft is there at a lowly 1,400 rpm. The power comes on low and builds smoothly. I couldn't find any performance specs for the 1.4T engine but a 4Motion (AWD) with a 1.8 that makes 170 hp but weighs 328 lbs more than the 1.4T has been timed at an even seven seconds for 0-60 mph. I expect the test vehicle would be fairly close to that.

The test SportWagen had an 8-speed automatic that worked flawlessly. A 6-speed manual is the base transmission. Amazingly the manual transmission has a better fuel economy rating than the automatic; this is the exact opposite of most vehicles. The automatic SportWagen is rated at 36-mpg highway and 27-mpg around town; the manual is 1-mpg better on the highway. 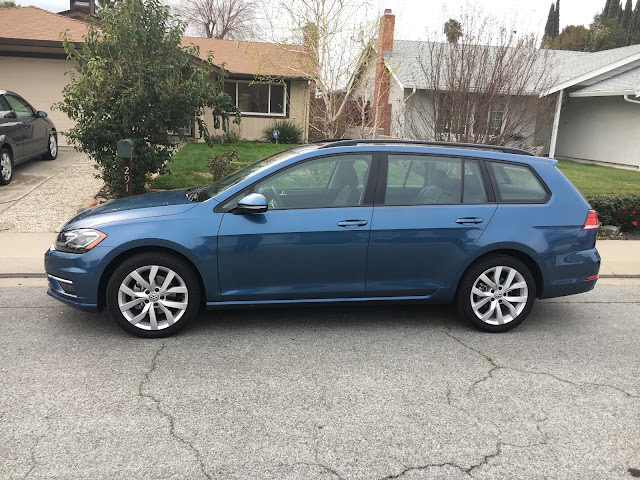 The SportWagen starts at $21,895 for a decently equipped S model. The test SE was $29,995. If you're a wagon fan like I am the SportWagen deserves your consideration.
Email Post