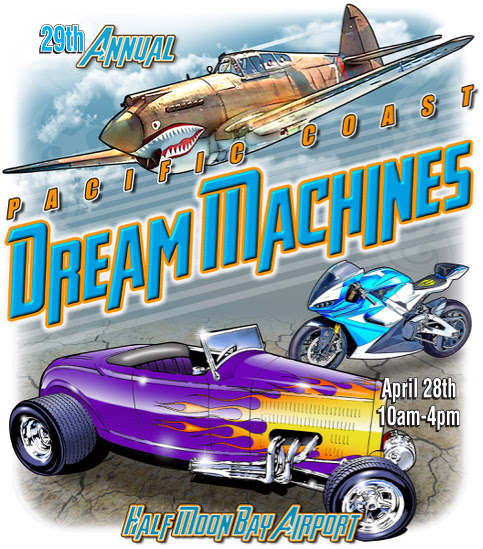 
HALF MOON BAY, CALIFORNIA (December 4, 2018) –– There are car shows, air shows, motorcycle shows, tractor shows, maker fairs, music festivals, food festivals, and living history festivals galore. Mix them all together in one venue on one day and you’ve got Half Moon Bay California’s remarkable, one and only Pacific Coast Dream Machines Show –– marking its 29th year in 2019 with a massive celebration of mechanical ingenuity, power and style. 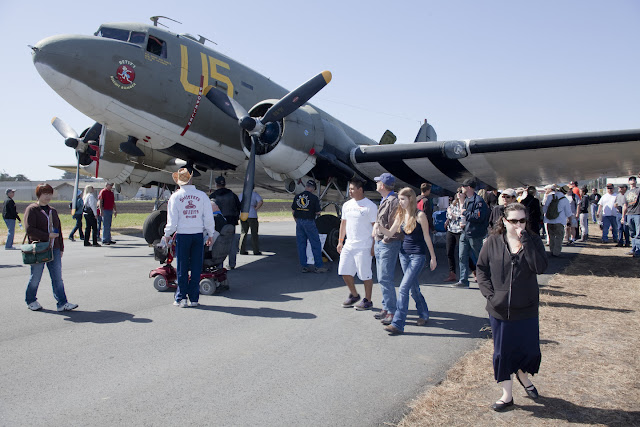 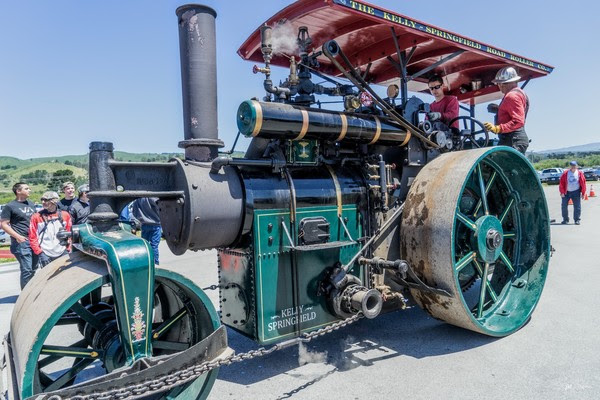 It's quite simply the “Coolest Show on Earth”. This year’s spectacular 29th annual show will be held on Sunday, April 28, a one-day mega-show, from 10 a.m. to 4 p.m. at Half Moon Bay Airport, located in the picturesque seaside town of Half Moon Bay, CA about 20 miles south of San Francisco.

The show is a whimsical, fascinating, amusing, curious and absolutely unique show and tell spectacle featuring 2,000 magnificent driving, flying and working machines from the 20th and 21st centuries. The world's coolest cars of every era and style, model-T fire engines, vintage busses, custom motorcycles, tricked out trucks, sleek streamliners, one-of-a-kind antique engines and tractors and historic military aircraft will be among the mesmerizing displays. 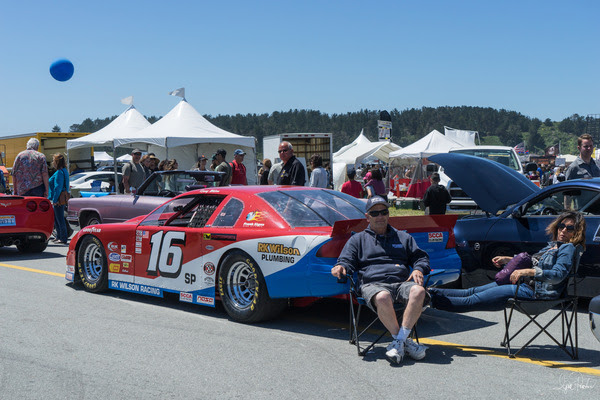 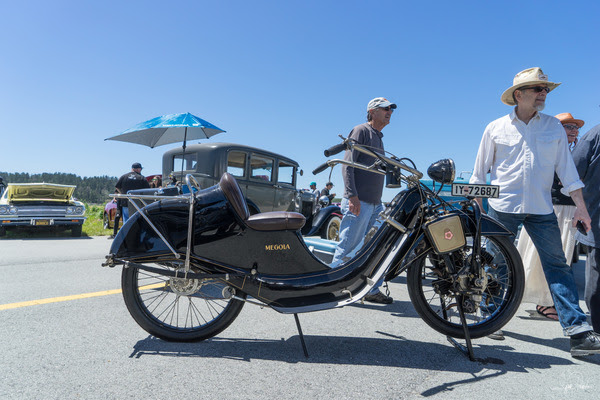 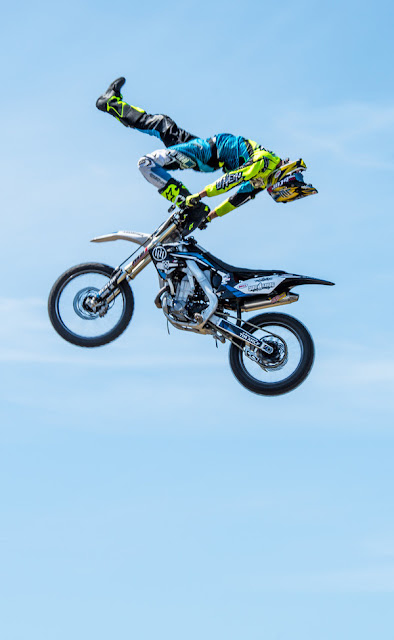 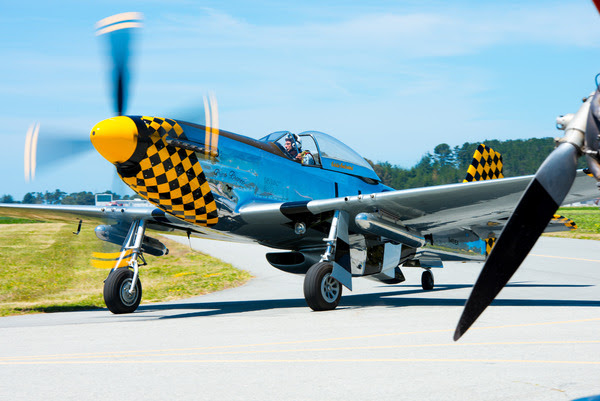 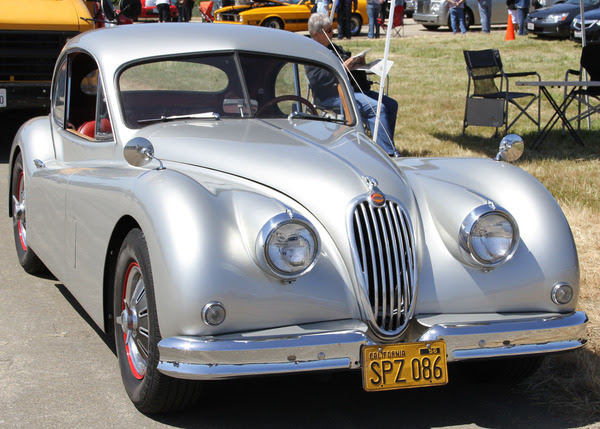 FANTASTIC FLYING MACHINES
Hundreds of aviation wonders are expected to be on display –– headlined by legendary vintage warbirds like the DC-3 plus stylish homebuilts, classics from the ‘40s and ‘50s, sport and ultralight aircraft. Inspiring flyovers by some of our nation’s most storied military aircraft promise to be a fan favorite – all flown in memory of the late Eddie Andreini Sr., world-renown aerobatics pilot, founding Dream Machines contributor and pillar in the Half Moon Bay community. Plus there's P-51 “Mustang Madness” –– a spectacular display of America’s premier World War II fighter along with YAK Russian fighters and an impressive array of L-39, T-6 and T-28 military fighters and trainers. Thrilling rides will be offered in helicopters, vintage bi-planes and a DC-3.

DREAM MACHINE OF THE YEAR AWARD
The Dream Machine of the Year Award Presented by the Car Guy Channel and Mike & Susan Hennessy returns with expert judges on hand to select a winner from the thousands of magnificent machines on display. A special trophy will be awarded at a recognition ceremony during the show (3pm at the music stage).


FABULOUS FOOD AND DELICIOUS DRINK
There will be plenty of delectable food and delicious coastal-infused drink with custom cocktails and beer just for the show –  Coastal Cosmos and Bloody Mary’s from Half Moon Bay Distillery, Classic Motorhead Ale and Kolsch from Half Moon Bay Brewing Company plus tasty varietals from Half Moon Bay’s Barterra Winery and signature craft cocktails from Longboard Margarita Bar.

SATURDAY HANGAR DINNER
The Half Moon Bay Pilots Association Saturday Hangar Dinner will be held on Saturday, April 27 at the Andreini family hangar at Half Moon Bay Airport. Preview some of the historic aircraft and custom cars that will be displayed at the Dream Machines Show and enjoy a festive barbecue tri-tip dinner party. Tickets are $30 per person, available at the door which open at 5:30 pm. Parking is on the airport field – enter off Capistrano Road.

MOBILE APP
Download the free Dream Machines mobile app developed by Half Moon Bay’s Phondini Partners. This fantastic app is designed to enhance the event experience for users by providing everything from a fact sheet with key details, information on special attractions, a detailed site map keyed to specific attractions, event and entertainment schedule, door-to-door directions, push messaging alerts, social media integration, and visitor information via a full-function version of Phondini's iCoastside app. The app, scheduled to be available in mid April, is available for the Apple and Android markets.

REGISTER YOUR MACHINE
To show a car, truck, motorcycle, aircraft or other machine, the registration fee is $40 ($50 for entries postmarked after April 15) and includes a dash plaque and admission for two people. Register online at http://dreammachines.miramarevents.com/index.php

PARKING
Parking at the event is included in the admission price. There is a designated area for bicycle parking at the south end of the airport at the Mezza Luna gate.

ACCESSIBLE PARKING
There will be specially marked accessible parking on the airport grounds. Attendants will be on-site to direct you.

FIRST AID/LOST & FOUND
First aid and lost and found is located at the Information Booth – please refer to the event site map.

SHUTTLE BUS
A special shuttle bus is available to shuttle visitors from the auto display areas at the central/south end of the airport to the aircraft display area at the north end.

NO PETS, PLEASE
Please be considerate. For the safety, comfort, and courtesy of your pets and festival-goers, please leave your pets at home. Large crowds and noise make it a very stressful and dangerous environment for pets.

EVENT DATE/HOURS
The show is open to the public on Sunday, April 28 from 10 am to 4 pm. Gates open at 6:30 for those that have registered their machine or plan to register the day of show.

EVENT BENEFICIARY
The show benefits the Coastside Adult Day Health Center. Thanks in part to fund-raising support from Dream Machines, the sparkling new Coastside Adult Community Center opened in 2014. Drop by their fabulous facility at 925 Main Street in Half Moon Bay.

INFO-LINE/WEB/SOCIAL MEDIA
For event information, call the info-line at 650-726-2328 or visit the website www.miramarevents.com/dreammachines “like” our Facebook page http://www.facebook.com/pages/Pacific-Coast-Dream-Machines-Show/58603493859 or follow us on Twitter https://twitter.com/dreammachines  and Instagram https://www.instagram.com/dreammachinesshow/
I can attest that this is one of the greatest, most fun, car event ever. It is a "not to be missed" day. Come early, bring the family. Grab lunch from one of the many vendors and stay for dinner at one of the local eateries.
Email Post