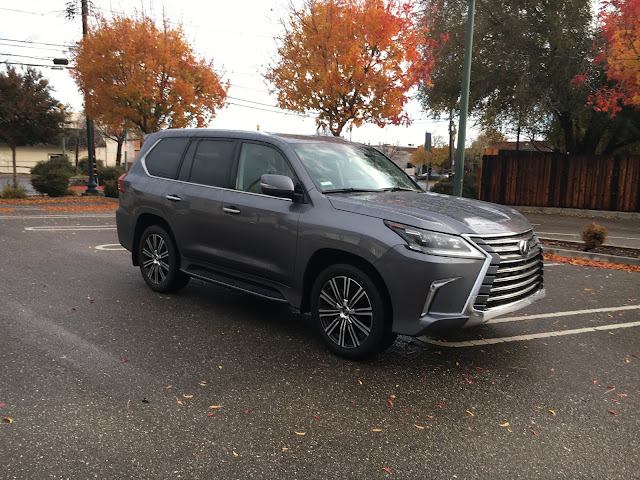 Sometimes I get basically the same vehicle two years in a row. The Lexus LX 570 is one of those vehicles. I haven't gone back to reread what I wrote last year. Maybe this will be a repeat or maybe it will be different. Sometimes I don't agree with myself.

I had to put some gas in the LX 570 during my week with it and I ran into a small problem, one that an owner wouldn't have. I pulled up to the pump (I even parked on the correct side so I wouldn't have to stretch the hose around or over the LX), got out but couldn't figure out how to open the gas door. I went back to the driver's door, opened it and looked all over but couldn't see it. There are about a zillion switches and buttons spread out over the dash, driver's door, and center console but no button, lever or switch for the gas door that I could see. I got out the owner's manual and found that it was located, along with the hood release, way down near the bottom of the left dash. Every other button, switch, and lever was labeled in white but not these two, no their labels were black, raised black. As I said once you knew where the release was you'd have no problem but why not at least use white letters?

I admit it, I have just about no use for a big SUV and even less for a luxury SUV. No matter how much the engineers tweak the suspension these things are still trucks, trucks without the utility you need. Yes it will seat five people comfortably in luxury. Yes there is ample stowage - 32.1 cubic feet behind the rear seat, and 50.5 with the rear seat folded down - but would you really like to bring home a load of sod or patio bricks in it? 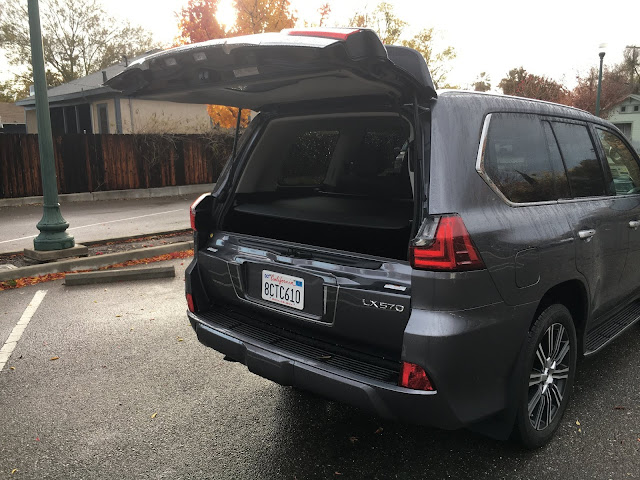 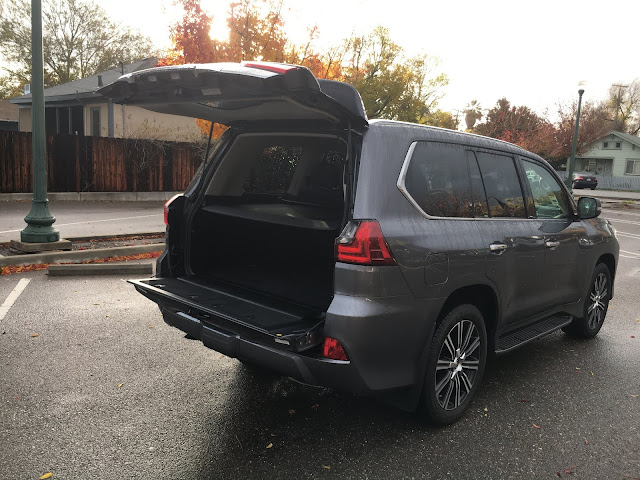 It will tow up to 7,000 lbs., enough for your two horse trailer or your boat.

There is one feature that just about said it all for me. When you open the front doors (I didn't check the rear doors) there is a light that shines down on the ground. Nice touch, keeps you from stepping into a puddle or whatever. But do people really need to see the letters "LX" blocked out on the ground like the Bat Signal? It seemed a little ostentatious to me or like the woman I met once who had her own name tattooed on the inside of her right wrist. Does anyone really need to be reminded what they are driving every time they get in or out of their vehicle in the dark? 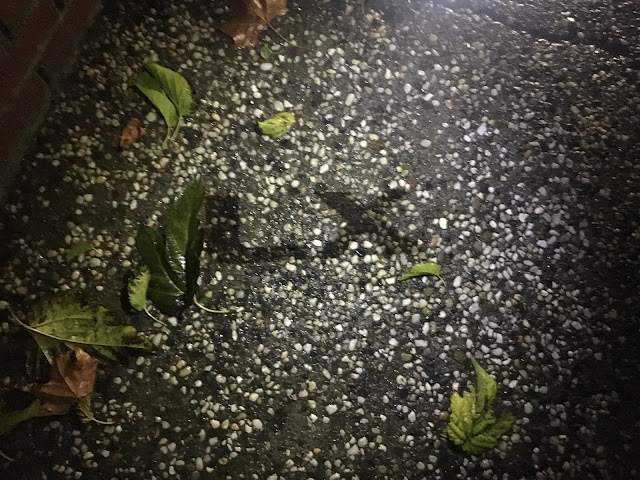 There is absolutely nothing wrong with the LX 570 that would/should prevent you from buying one if you are so inclined. I have no doubt of its reliability or longevity. I'm just not a SUV kind of guy. Even if I was I'd want one that I could throw household construction stuff, or a muddy dog, into. 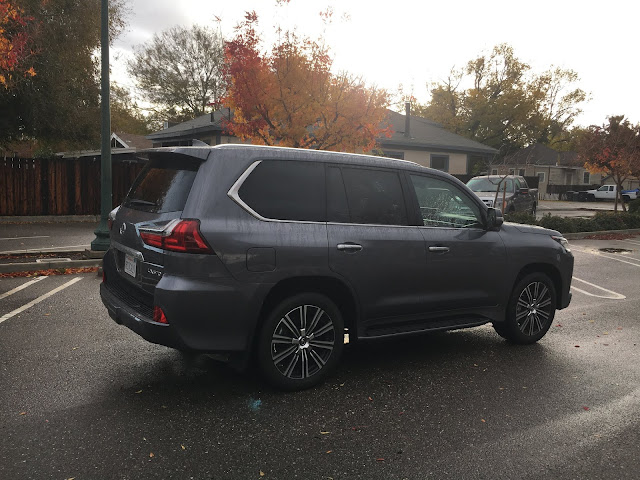 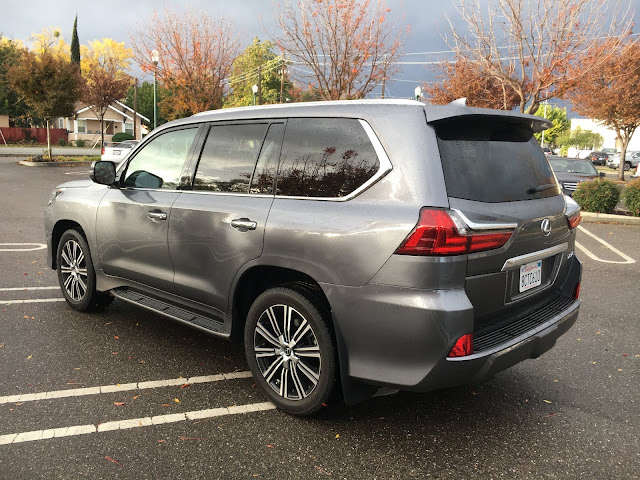