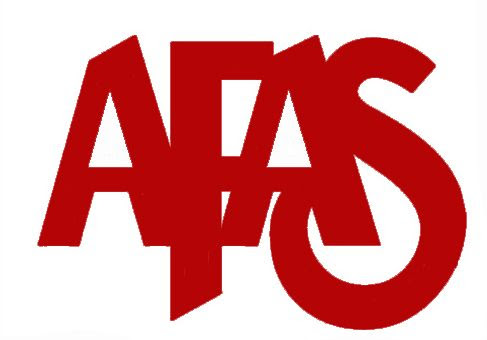 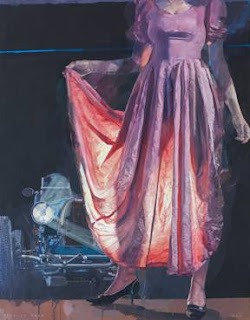 PEBBLE BEACH, Calif. – September 18, 2018 – The Automotive Fine Arts Society’s (AFAS) show at the 68th Pebble Beach Concours d’Elegance, was a success with strong sales and awards for excellence. Located on the 18th fairway of Pebble Beach Golf Links, the AFAS exhibit showcased the latest artistic expressions by some of the world’s most talented artists.
“The Pebble Beach Concours remains the most striking stage in the world for beautiful cars, fascinating people and of course, amazing art,” said Ken Eberts, AFAS president and founding member. “As the event embodies the passion for automotive history, we’re honored to showcase our pieces at the notable venue. Those visiting our 2018 show were very enthusiastic, which was reflected in strong sales for pieces by both AFAS members and our guest artists. All of the works were memorable, while those artists receiving awards earned them by virtue of creating art that was both memorable and exceptional.”
The AFAS Awards of Excellence are based on the artist's body of work, except the Peter Helck Award, which is a peer vote by AFAS artists judging a specific competition piece selected by the entering artist. That competition piece has to be a new piece of art never having been exhibited anywhere before. This year’s five Awards of Excellence were presented to AFAS exhibitors Ken Eberts, Charles Maher, Richard Pietruska, Stanley Rose and Klaus Wagger.
The Peter Helck Award, named for the artist arguably most responsible for the popularity of automotive art in America, was given to Stanley Rose for his dramatic ‘Sophie’s Choice’. It was Mr. Rose’s second consecutive win of the Peter Helck award.
Rose said, “The artwork juxtaposed two of my favorite subjects – the female form and Ettore Bugatti’s Type 35B. Few shapes in the automotive realm are as timeless as Bugatti’s Type 35 and the fascination with a woman’s beauty dates back to prehistoric drawings. The paring was natural, in my opinion.”
The Lincoln Award, awarded by Lincoln for the most elegant artwork, was presented to Richard Pietruska; Richard was recognized for his sophisticated – and stylized - sculptures.
The AFAS Art Fitzpatrick Award, which remembers the iconic artwork of advertising and automotive artist Art ‘Fitz’ Fitzpatrick, was won by Klaus Wagger. His depictions of auto racing are made more dramatic by his impressionistic interpretations of the competition.
In addition, six artists were invited to become associate AFAS members by the group. Representing both differing cultures and new perspectives, these new members provide AFAS with the same generational shift seen within the industry it so artfully depicts.
About the Automotive Fine Arts Society
AFAS was established in 1983 by a group of artists who are acknowledged by critics to be among the best in their field. Members work in many diverse mediums including oil, watercolors, acrylics, wood, gouache, pen & ink, clay and metal. AFAS and its members participate in select shows across the country, including the Pebble Beach Concours d’Elegance. Information about AFAS is available at www.autoartgallery.com.
Email Post