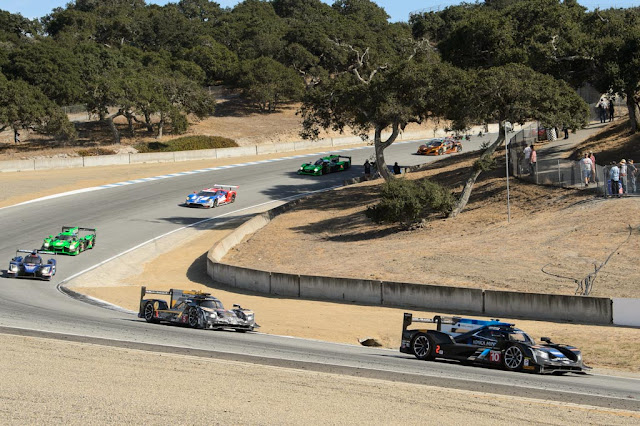 This IMSA WeatherTech SportsCar Championship sees grand touring cars and prototypes racing for glory during the penultimate race of the season. A fan favorite of the famed 2.238-mile circuit is the section of Turns 8 and 8A known as The Corkscrew.

A panel of experts partnered with 10 Best editors who picked the initial 20 nominees, and the top 10 winners were determined by popular vote.

The County of Monterey-owned WeatherTech Raceway Laguna Seca facility has long been a motorsports icon that has hosted hundreds of major events since its inception in 1957.

The IMSA WeatherTech SportsCar Championship will have the featured race on Sunday, September 9 with the 2 hour, 40 minute AMERICA’S TIRE 250. On Saturday, the WeatherTech Raceway Laguna Seca 120 will be the featured event with the cars of the Continental Tire WeatherTech SportsCar Challenge taking the spotlight. Further action will be contested with support series Lamborghini Super Trofeo North America and Pirelli Trophy West U.S.A.

Tickets, camping and VIP hospitality packages are available by visiting www.WeatherTechRaceway.com or calling 831-242-8200.