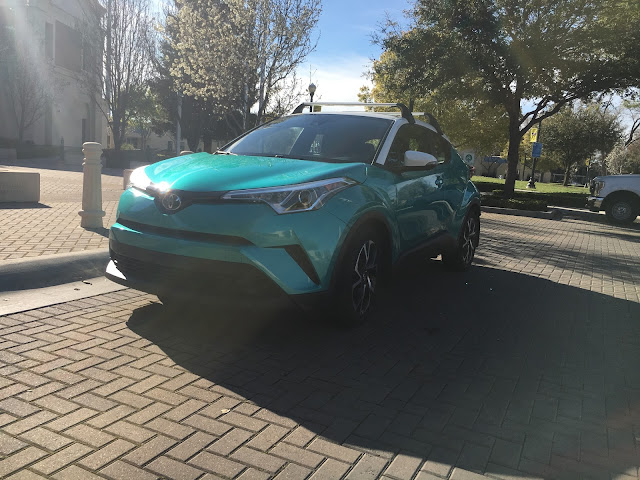 My first impression of the C-HR as it sat at the curb in front of my house was, "that's kind of weird." My second impression was "what's with that color scheme?" 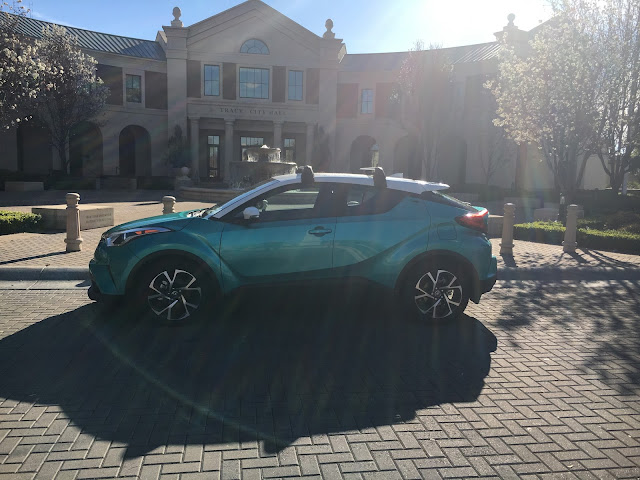 I guess the more important question for my readers is, "what is a C-HR?" Toyota calls it a "stylish and technology-filled subcompact SUV crossover vehicle". C-HR itself stands for Compact High Rider, Cross Hatch Run-about, or Coupe High-Rider. I actually thought it might be Corolla High Roof. It kind of looks like you can make up your own name for the acronym.

On paper there looks to be plenty of room for four (not five) adults. There is more room in the rear, with the exception of legroom, than in the front. There is almost twelve full inches less legroom in the rear compared to the front - that's a lot. But the numbers don't tell the whole story. 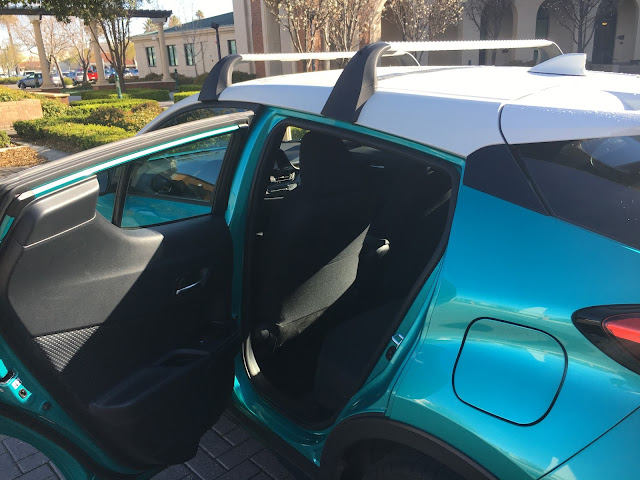 Getting in or out of the rear seat is a head-bumping exercise. Toyota should include a police officer to to the "perp" thing (you know, where the cop puts his/her hand on your head as they stuff you into the back seat of a patrol car) to aid entrance. That sloping roof is the culprit. I'm just under 6' and I had to tilt my head to avoid the roof. I can't imagine putting a child seat in there. I guess the C-HR rear seat is limited to pre-teen children who no longer need a special seat. Sometimes when a car is introduced I just wonder, "did anyone really ..." 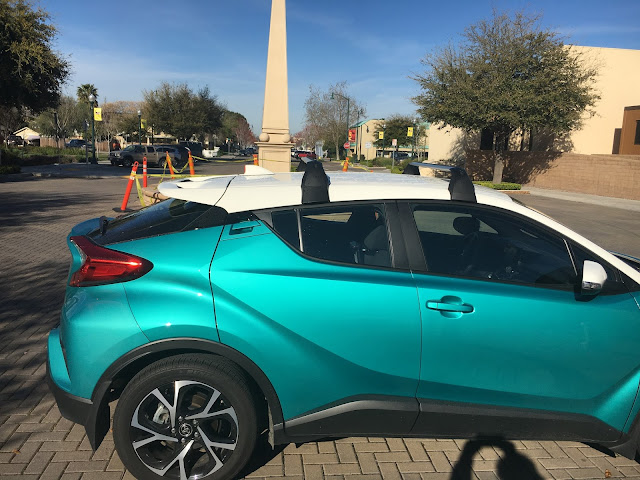 There are two versions of the C-HR, the XLE I tested and the XLE Premium. About the only thing on the Premium I wish was on the XLE is heated front seats. On a chilly morning I do like heated seats.

There is one engine and one transmission available; a 2.0-liter, DOHC four-cylinder that puts out 144 hp and 139 lb-ft of torque, and a Continuously Variable Transmission. The transmission can be put in "Manual" mode to simulate gears (whoopee!). Every C-HR is front-wheel-drive.

Performance, although adequate for normal driving, wouldn't have been considered quick a decade ago. Zero to sixty has been timed at eleven seconds flat. The quarter mile takes an agonizing 18.4 seconds. Figures are from Car and Driver (www.caranddriver.com).

Like almost every car built now the C-HR has a lane departure system. Thankfully the steering assist part of the system can be shut off. I never turned it on. I really don't like a car that tries to steer for me.

If you use the C-HR as a two-seater (i.e. rear seats folded) there is 36.4 cubic feet of storage. With the seats up there is 19.0 cubic feet, still a decent amount.

Fuel economy is not outstanding even though the EPA figures are okay - 27/31/29 (city/highway/combined). Most of my driving was around where I live and I averaged just over 20 mpg.

Now how about the color scheme? Some people liked it; I didn't. The primary color is "Radiant Green Mica" with a white roof and some accents. I would prefer one of the solid colors available like "Ruby Flare Pearl" or "Blue Eclipse Metallic". 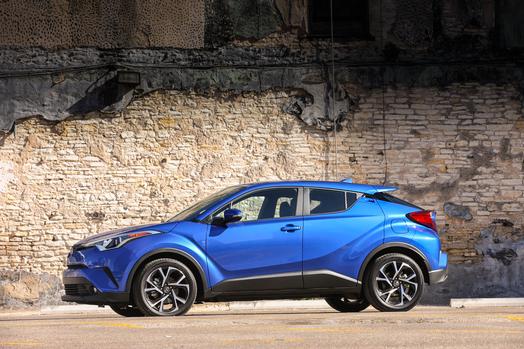 The design also seemed to divide people. I didn't really like it while others did. Design is subjective.

On the plus side it is a Toyota so it should be reliable. On the negative side there's that back seat entry problem, and so-so performance and fuel economy. 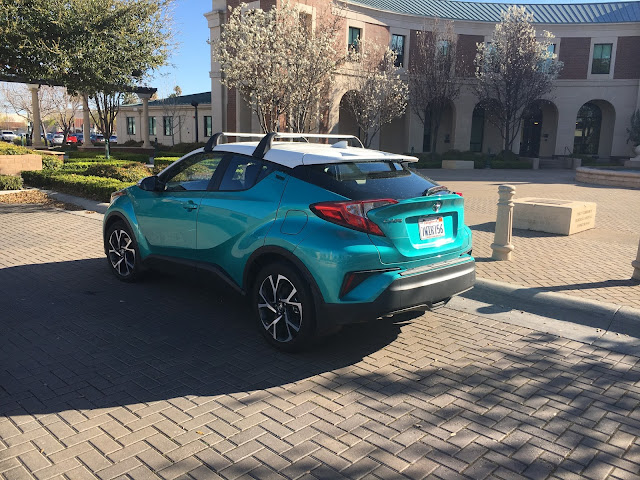