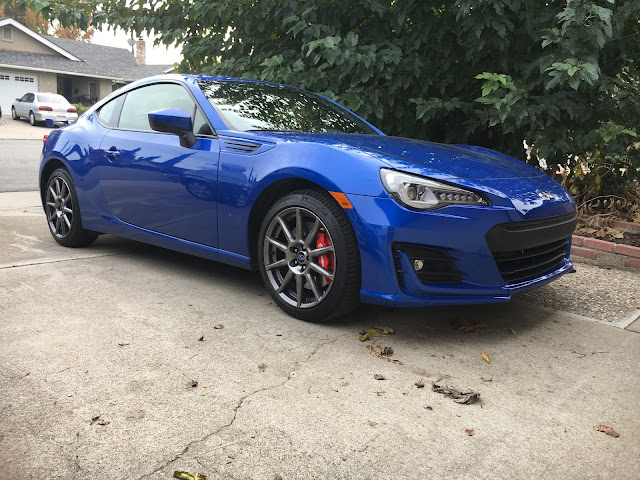 I have mixed feelings about the BRZ. It is a fun car to drive - quick and nimble - but it really is a young person's car. It is getting in and out of it that makes it so; darn thing is so low. Once in it I could fool myself into being a younger Bruce but whenever I had to get in or out I was cruelly reminded of my age. If only life was a series of never-ending back roads.

There are those who will tell you the BRZ needs more power. The DOHC, 2.0 liter, flat-four is rated at 205 hp (200 with an automatic trans) and it only weighs about 2,800 lbs. It is no slouch. Magazines with real test equipment (as opposed to the seat of my pants) say it will sprint from 0-60 in about 6.5 seconds, turn the quarter mile in about 15.5 seconds and top out at 140 mph. Sure it would be faster with the STi's 305 hp engine (and there are folks who have done the swap) but the BRZ is not about brute force. It really is about handling.

(Can I say something about many of today's vehicles and their tires? Years ago when tires were skinny they would lose traction at a fairly low point. So if you took a corner too fast it really wasn't too fast when the tires let loose and the car slid out. Now tires are so grippy, and cars handle swell, that when your car breaks loose you are going way too fast. And no matter how many airbags your car has when you slam into a tree at 80 mph instead of 40 it's going to hurt.)

One knock on the BRZ is that the cabin, as nice as it is, is noisy. One way to cut weight is to cut sound insulation. So you hear things that you might not in other cars. I also suspect that the motor and transmission mounts are much stiffer than on other cars - the engine vibrations were more noticeable.

Don't get me wrong I liked the BRZ. If I was younger I would consider one. As a youngster I lived in Connecticut where there are thousands of winding back roads. That's where the BRZ belongs.

The BRZ is rated at 21-mpg in the city and 29-mpg highway with the 6-speed manual; the automatic bumps that by 1-mpg. The fuel tank holds 13.2 gallons. I'm willing to bet most of the BRZ owners don't care about fuel economy. 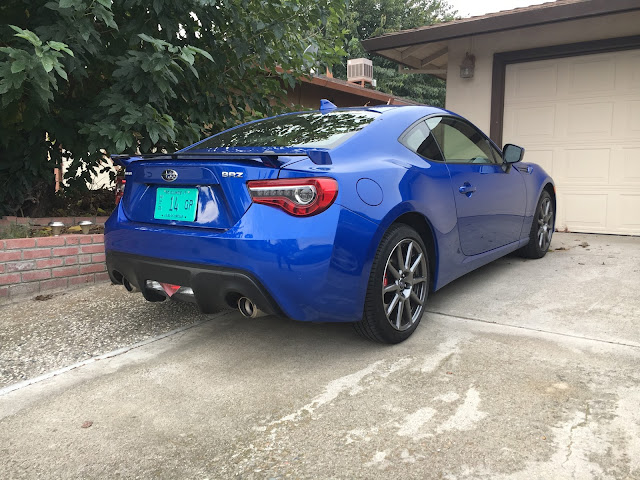