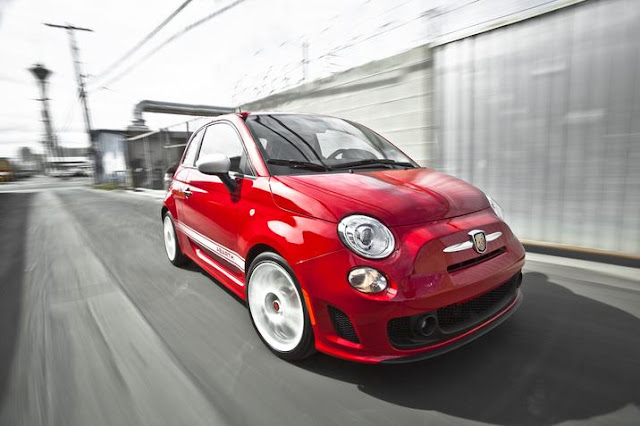 Obviously there are many, many cars that have more horsepower and are faster and quicker. But fun isn't always the ultimate speed or the most tire smoke.

Don't get me wrong, the Abarth is not a slug. It gets from 0-60 mph in just under 7 seconds according to those that do performance testing. Not bad for a tiny little engine. The Abarth's 4-cylinder displaces only 1,368 cc's yet produces 160 hp when ordered with a 5-speed manual transmission. A 6-speed automatic is available but the engine loses 3 hp with it (why?). Some may find a 5-speed manual kind of retro but it works just fine. 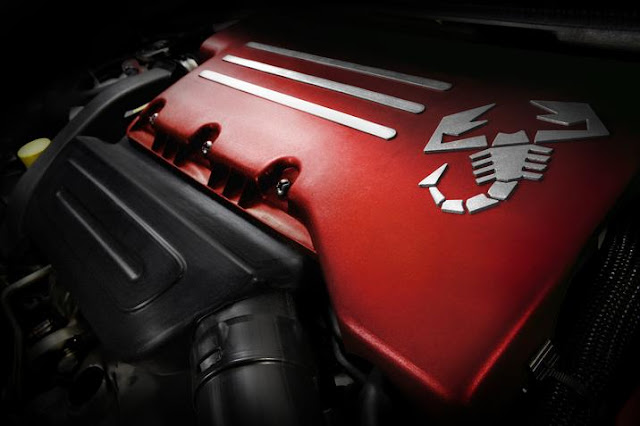 One of my major likes of the 500, any 500, besides the point and squirt attitude, is the seat height. I can't think of any other small car that is so easy to get in and out of - you sit at chair height not on the floor. This helps give you the feel that the 500C Abarth is bigger than it really is. Because it really is small. It is only 144.4" long and 64.1" wide (without mirrors) yet it is almost 60" tall. It weighs 2,545 lbs.

Something you  hear me carp about are super low profile tires. Although the Abarth has 195/45R16s as standard and 205/40R17s optional tires they don't look huge. And the ride wasn't unpleasant.

Brakes are so important, more important than the power of the engine in my opinion. While the Abarth's brakes don't have multi-piston calipers, thanks to the low weight and large rotors (11.1" front and 9.4" rear), it has more brake than is needed (that's the way I like 'em). 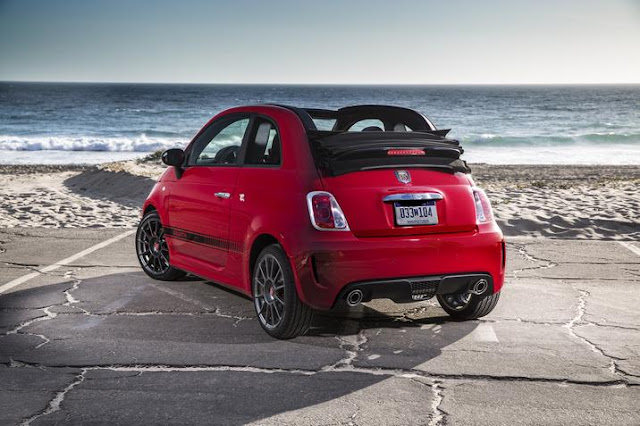 Did someone ask "What's the C stand for?" Cabriolet, or convertible. Although I'd say it's more the largest, folding sunroof you'll find. Unlike most convertibles the 500C keeps its sedan profile even with the top down. There is an A-pillar, B-pillar and C-pillar. The soft top adds just 33 lbs. but for me I wouldn't order it - thinning hair makes the top of my head a target for sunburn! 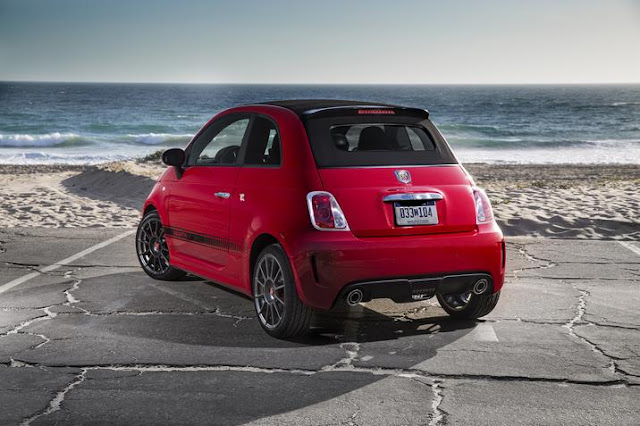 Being entirely truthful Fiat says the 500 is a 4-seater. And yes you can fit four adults in it as long as the driver and front passenger aren't super long-legged.

The 500C Abarth is not the most frugal small car - it's rated at 34 mpg on the highway. But who cares? Fiat says the Abarth is "small and wicked."

Although there are seven exterior colors to choose from there's only one as far as I'm concerned - Rosso (Red).

Long ago I had a Toyota Sprinter. It had a 1,200 cc engine and 12" tires. But I had more fun in that car than many others I've owned. I raced people without them even knowing and the car never drew the attention of the constabulary.

Okay, a bright red Fiat might get some attention but the point is you can drive it relatively quickly without being a target. It's fun and fun is a good thing. If it was just me I might actually buy one. Only because I look much better when I'm grinning.
Email Post