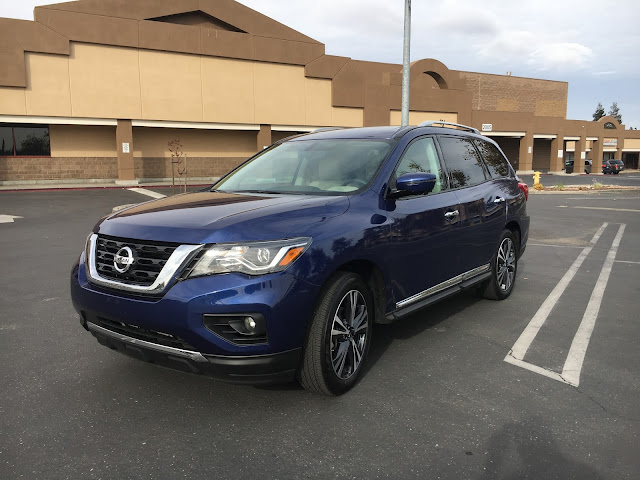 Nissan's Pathfinder has grown over the years. What started as a compact SUV in its first generation has grown to a full-size cross-over. It was originally 171.9" long and now stretches to 198.5". The Pathfinder felt huge to me (until I got into something larger).

The first generation was based on Nissan's pickup truck. As such it had a body on frame design. Today's Pathfinder is a unibody design. There are some who will tell you a full frame is much more robust but you won't hear that from me. A well designed unibody is just as strong if not stronger than a full frame.

I am not your average SUV buyer; in fact I have little use for a SUV. So when I test one I have to change my state of mind. I have to become a suburban Soccer Mom (weird right?). I pack in the imaginary kids including all their sports gear, or I pretend we're all heading to the cabin in the Sierras.

The test Pathfinder, like many test cars, was a top of the line Platinum version. Nissan says it's a seven person vehicle - 2 up front, 3 in the middle, and 2 way back. I looked at the rear most seats and there isn't much leg room back there. If your kids are over 10 years of age they might not feel too comfortable. And with the rear most seat up the Pathfinder loses storage space - there is 16 cubic feet of storage with the seats up and that jumps to 47.8 with just the rear seat folded down. Fold down both seats and you get 79.8 cubic feet of storage. So you may squeeze in seven people but not their luggage. Seeing as the test vehicle was so well appointed it seemed more like executive transportation than a family vehicle, at least to me. 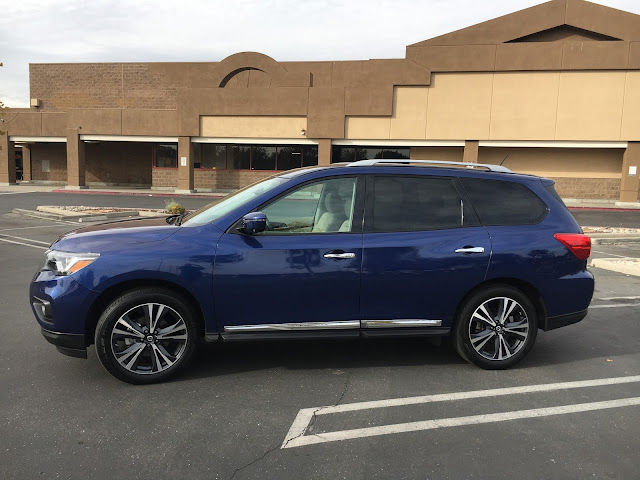 Every single Pathfinder has the same engine; Nissan's excellent 3.5-liter, DOHC, 284 hp V6. In the current generation Pathfinder it sits transversely. In 2WD configuration the Pathfinder is front-wheel-drive, a departure for a full-size SUV (which may be why it's now a cross-over). The only transmission available is a CVT. Driving the Pathfinder was one of the few times I didn't actually notice that it was a CVT (that's a good thing).

You have to love marketing. The all-wheel-drive system on the Pathfinder is called "Intelligent 4WD." Does that mean there is a stupid 4WD? It used to be that about 95% of 4WD vehicles never went off-road. I think that hasn't changed. Most buyers of 4WD or AWD vehicles probably worry more about rain and/or snow than taking the mountain pass to Grandma's place. I personally see little need for 4WD but, as the song said, "if it makes you happy".

The Pathfinder, like most models, comes in four variations - S, SV, SL, and Platinum. Platinum is the top, verging on Infiniti territory for luxury and price. A 2WD Platinum Pathfinder starts at $42,320; the 4WD version starts at $43,560. The only option on the test vehicle was carpeted floor mats at $225 (they couldn't throw in those floor mats?). The base Pathfinder S starts at $30,790 - same powertrain, less goodies.

Long ago Nissan and Toyota created the civilized, small SUV market with the Pathfinder and 4Runner (yes I know there was the original Ford Bronco). Both were originally based on their (then) small pickups. They developed cult followings that exist to this day.

I for one would welcome a Pathfinder closer to the original but I'm in the minority. 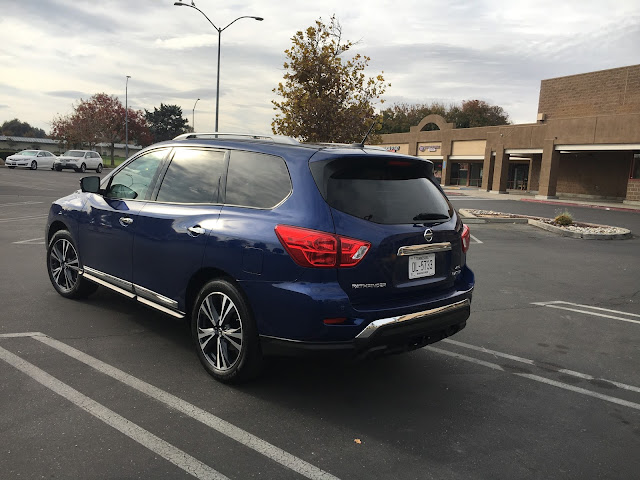