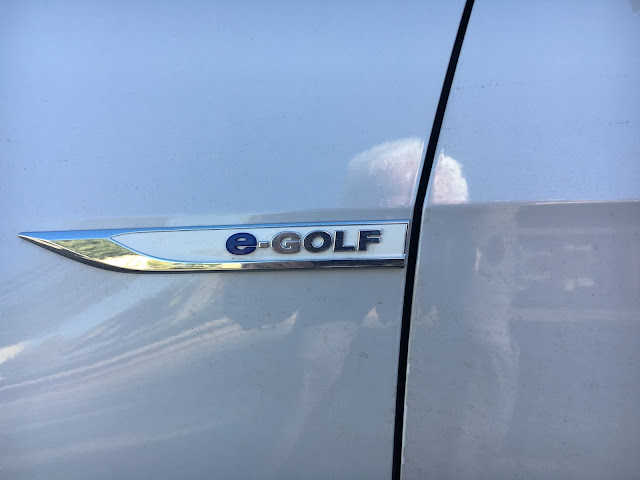 Just like a Golf only quieter. That was my answer when I was asked what the e-Golf was like. It looks just like a Golf but it’s quieter. That’s its genius and maybe its shortcoming. It seems to me that many electric car buyers want a car that looks different not one that blends in.

Right now Tesla is the electric car everyone knows. The Chevrolet Bolt is also hot. They both look different from many gas powered cars. The e-Golf looks like a Golf. 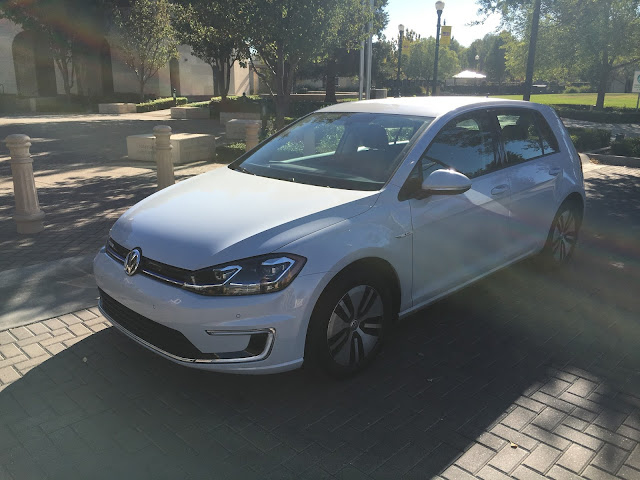 I haven’t tested a Bolt so I can’t comment on how it drives. I have a friend who has one and he loves it.

Personally I prefer the styling of the e-Golf because I don’t like to stand out. The Bolt isn’t over the top but it is edgier than the e-Golf.

If there’s a downside to the Golf it’s its range. EPA estimate is a range of 125-miles on a full charge; the EPA estimate for the Bolt is 238-miles. Of course driving range changes with driving style. I drove from Tracy to Oakland Airport and back on a full charge and had about 30 miles left according to the onboard readout.

The e-Golf has power profiles that decrease or increase the power usage. The most economical does inhibit acceleration and speed. Another button increases power regeneration but it took some time to get used to – essentially when you let off the accelerator pedal the car slows drastically. It changes your timing for slowing down for stop signs or lights.

I had a slight panic attack the first morning when I tried to disconnect the charging cable - it wouldn't come off! It was like it was welded to the car's socket. As a last resort I turned to the owner's manual; seems when you lock the car it locks the cable to the socket. Even though I was able to open one door I had to push the "unlock" button on the fob and then the cable came right off. Of course it happened in front of my wife. There goes my mechanical cred.

There are those who would like to see all vehicles powered by electricity. It sounds good at first blush. But let’s consider our electric grid; the production and distribution of electricity here in California (and elsewhere). Every summer we are cautioned to limit our use of electricity. There is always talk of brownouts as usage exceeds production capacity. There are currently over 30-million motor vehicles registered in California. There are fewer than 200,000 electric vehicles here. Now try to imagine the load on the electric infrastructure if even one-million electric vehicles plug in every night.

So although electric vehicles may look like the salvation we will need a massive improvement and expansion in our electricity generation and distribution before we will be able to have an electric vehicle in every driveway. This is not a knock on the e-Golf but a concern of mine about electric vehicles.

I see a place for electric vehicles. They are not quite where I would be comfortable owning one. I am not wealthy enough that I can afford two newish vehicles; one for commuting (I’m retired so I don’t commute) and one for trips, even day trips. If you commute say 30 miles each way the e-Golf makes perfect sense. Add on solar panels to your house and your cost of usage goes way down.

I enjoyed my time in the e-Golf. It is a comfortable compact sedan. It held its own around town and on the highway. When someone builds an electric vehicle that has a range of at least 250 miles and can be fully recharged during a meal stop I might consider one. Maybe something like the VW I.D. Buzz.

There are government rebates on zero emission vehicles. The Republican tax plan right now aims to remove the Federal rebate. 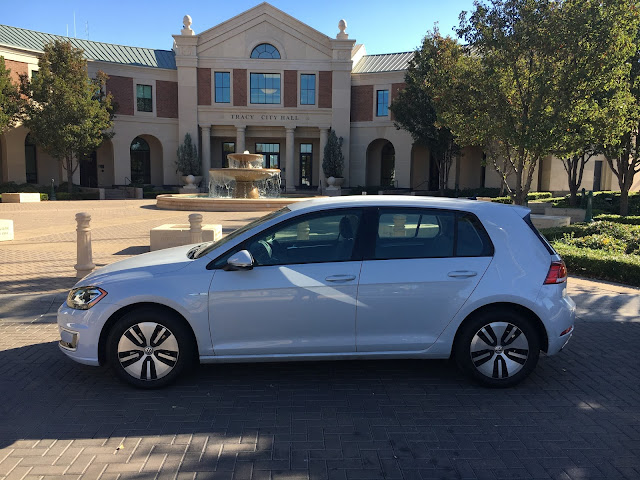