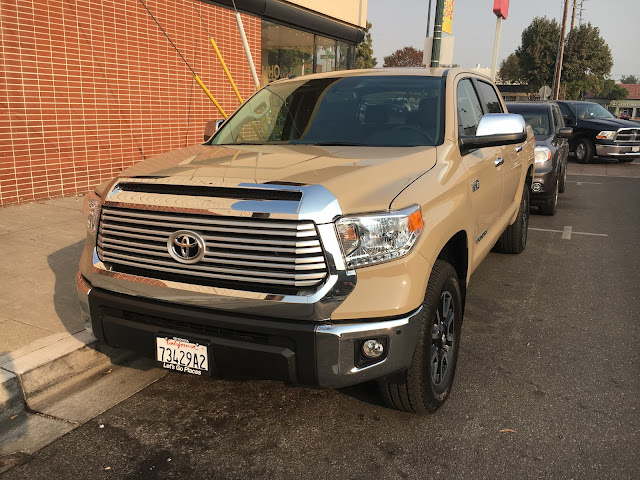 I read one review of the Toyota Tundra that used just about every synonym for large to describe the truck. In my view none do justice to the size of the Tundra or many of today's 1/2-ton trucks, especially the 4X4s. I don't mean to single out the Tundra but it seems to me that Toyota made a conscious decision to make the Tundra not only large but to look larger to convince prospective buyers that the Tundra is a "real" pickup.

And for getting in or out of the seats, well I remember an Audi commercial from some years back that showed a woman in a tight skirt trying to get out of a jacked-up truck. 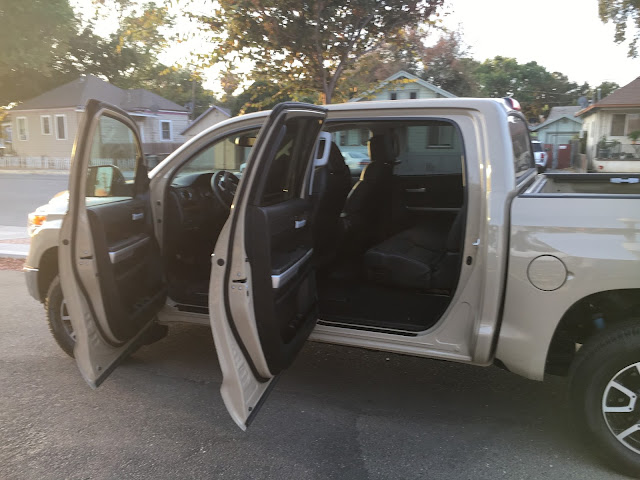 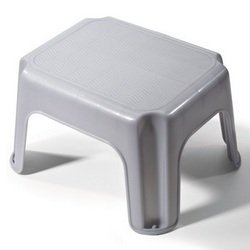 I am not a fan of the Tundra's styling; not that I am a fan of most of today's pickups. It's almost like everyone is trying to out-macho everyone else.

I really don't get the color. Toyota calls it Quicksand. To me it's reminiscent of some military color. 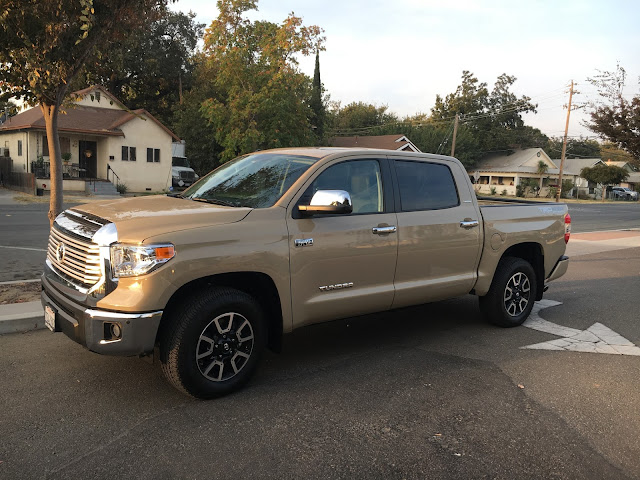 Before this piece becomes too negative it's time for some positive. Like all Toyotas the Tundra is put together just about perfectly. 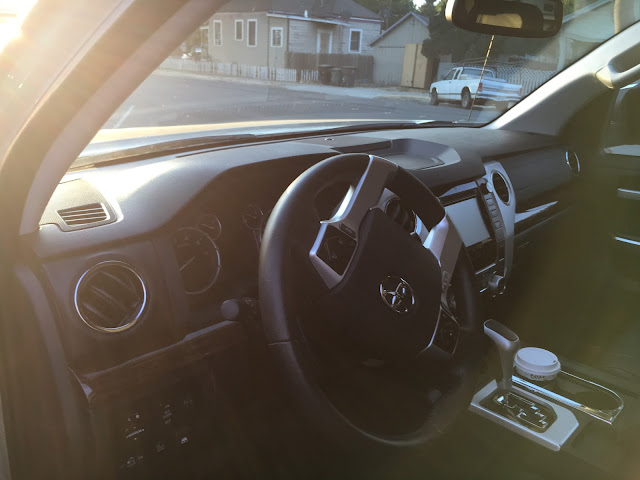 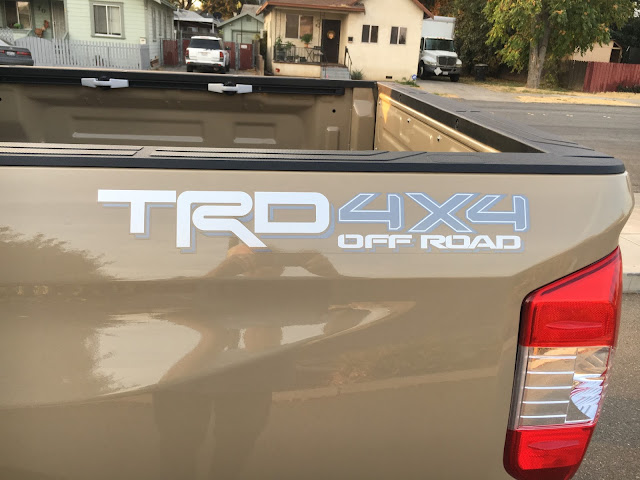 Back to that huge fuel tank. There is a method to such a unnecessarily large tank - perception. The Tundra 4X4 is rated at 17 mpg on the highway; around town it's 13 mpg. Not all that good. But if you fill the tank it takes forever to even get to half full. So you're lulled into thinking you're doing pretty well. You're not.

I'm going to tell you, I miss Toyota's small pickups. Today's Tacoma is about the size of yesterday's full-size pickup (it has a payload capacity of just under 1,400 lbs. in 2WD). The original Tundra was a nice size pickup. Obviously I'm in the minority.

Some writers would like to link big pickup trucks to some manliness issues. That doesn't explain (or does it?) the apparent appeal to so many women.

But I'm here to tell you that should gas prices shoot up over $3.00 a gallon tomorrow you're going to see a zillion of these big pickups being dumped for cheap.

If you're in the market for an over-sized 1/2-ton pickup the Tundra is a good choice. Toyota builds some of the most reliable vehicles available. A base Tundra starts at $31,120