Is all this noise necessary?

It seems that over the past decade cars have gotten noisier. And it bothers me. Even though I'm an old fart now don't get me wrong I still like the sound of performance, that rumble and bark from a performance engine. The problem, at least from my perspective, is the proliferation of "performance" mufflers on otherwise mundane vehicles.

For whatever reason it started with pickup trucks and SUVs when people stuck on faux dual exhaust systems (cat-back systems). Then someone decided to add some rumbly mufflers. Its snow-balled from there to the point where manufacturers now push the noise allowances to the limit.

I was a kid once and I had my share of cars that were noisier than needed. Noise feels like power to a young ear. And some performance exhaust systems do increase power but no amount of noise will ever make a '71 Toyota Sprinter with its 1166 cc engine fast. 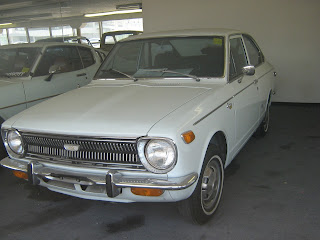 I know, I tried. Kind of like those "fart" mufflers the kids put on their cars, usually Japanese, now. They're just annoying. 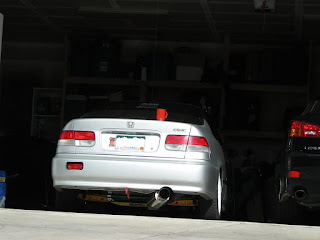 I've driven some brand new cars that I have no idea how they pass noise tests. I won't name names. And don't get me started on motorcycles.

It isn't just exhaust noise. For the longest time tires were designed to be quiet. Now noise and comfort aren't part of the equation. Tires, performance tires and the tires that come on new pickups and SUVs specifically are very noisy. The auto makers have made the passenger cabins quieter so all this noise doesn't intrude on your cell phone conversations. That's nice but the noise outside has increased.

I may seem like a crank but my house backs onto a busy street, a race track at times. There is a sound wall that may reduce the noise but you really can't tell. I guess there are two problems - noisy vehicles and no enforcement of existing laws.

I once asked an ex-cop why Harleys don't get ticketed for excessive noise (the stock exhaust is the first to go on a Harley). He said that it was a pain to ticket a Harley rider because they usually showed up in court to fight the ticket. Given all the crime the police must deal with today I have to think enforcing motor vehicle noise limits is pretty low on their list.

So we're just going to have to live in a world that gets noisier and noisier. And if you're into contradiction think about the noise restrictions on racetracks.
Email Post

Bill Haskins said…
I was thinking about all the noise pollution this AM when I left for my Realtor meeting. I had no idea how many idiots on Harleys there were here in Pacifica alone until we bought a new home up here off Fassler Ave. Couple that with every 'yahoo' in a gas-engine pickup truck with custom exhaust then couple those 'yahoos' with the Cummings Diesel trucks without mufflers and I don't understand why all the Park Pacifica neighbors are whining about the jets flying overhead. How about all the leaf-blowers?
May 3, 2016 at 3:02 PM

Unknown said…
Power is not noise.
Witness the stock exhaust systems on some high powered motorcycles. Quite, and quick as can be. Or the stock mufiled new 650 HP corvette. Pretty quite for a close to 200 MPH car.