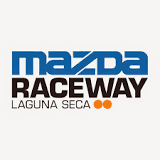 There is a movement afoot that could kill auto racing as we know it on the Monterey Peninsula. The Monterey County Board of Supervisors wants to oust SCRAMP (Sports Car Racing Association of Monterey Peninsula) and has put out a RFP (Request For Proposals) for a new management team.

SCRAMP was formed on November 1, 1956, with the stated intent to “benefit local charitable and non-profit organizations and to promote the economic vitality of Monterey through the encouragement, solicitation, organization, sponsorship and perpetuation of motorsports events in the vicinity of the Monterey Peninsula.” SCRAMP conceived and built Laguna Seca racetrack (now officially named Mazda Raceway Laguna Seca). The very first race at Laguna Seca was one year after SCRAMP was formed. Over the years the track has seen just about every type of auto racing.

I first attended Laguna Seca in the summer of 1990 for the Historics. Since that time I’ve been to a number of different events there including an unplanned crew job on an IMSA team a buddy from my home state of Connecticut was part of.

There have been a lot of changes to the track and environs over the decades. What was a dirty, almost water-less valley with mostly port-o-potties (medieval torture chambers to my brother) has blossomed into one of the most hospitable tracks anywhere.

When I was a youngster back in Connecticut I used to read about race tracks, primarily road courses, around the world. I knew all the European ones – Spa, The Nurburgring, Reims, Monza, Rouen, and so many more. Here in North America there was Lime Rock (my “home” track), Bridgehampton, Watkins Glen, Mont-Tremblant, Road America, Mid-Ohio and Laguna Seca. I’ve been lucky to have attended races at some of these historic tracks.

From my point of view, that of an attendee and a writer, Laguna Seca was blessed to become Mazda Raceway Laguna Seca. There have been so many improvements that it is almost a different place. But the track, the iconic layout, has survived. Yes there have been some changes but nothing has really altered the heart of the course.

Mazda Raceway Laguna Seca is known worldwide. It is a track of legends. From its initial days it has seen all the greats. And even when its amenities were not very good the faithful staked out their favorite viewing spot to watch – under the trees on the inside of the Corkscrew is a favorite of mine and so many others.

If there can be criticism of SCRAMP, and let’s face it every organization is open to criticism, the period before Mazda was probably the worst. But thanks to Mazda (in my opinion) there have been steady and sometimes fast, improvements. Race tracks age and often not well. Mazda Raceway Laguna Seca has maintained its history while renewing itself to stay world class.

Dr. Bachman has other significant figures as well, such as the direct spending generated by race. The grand total for all of these events was $62,069,868. That’s 62 million folks. Dr. Bachman breaks this figure down for lodging, food and beverage, transportation, retail, entertainment and other. Suffice it to say that if these events did not happen there would be a significant shortfall in Monterey County. The county directly receives $5,164,038 in tax revenue from these events.

From my perspective Mazda Raceway Laguna Seca has a much, much bigger impact on the area because the track doesn’t exist in a vacuum. If you look at the Monterey Auto Week (in actuality two weeks or more in recent years) it seems to me that the whole week would not be as big if the Motorsports Reunion did not exist. Yes people would still come for the Pebble Beach Concours d’Elegance and the auctions, just not in same numbers.

I understand the County Supervisors wanting to maximize their take, really I do. But I don’t think they are looking at the bigger picture. They may, and it is a big may, increase their direct take but they also might, and I would say most likely, adversely affect the indirect income the county sees. The money comes not just from visitors but from all the people who own businesses and those that work because of the automotive tourism.

I would urge the Supervisors to proceed with caution. Do not go for the quick buck. Stay the course. SCRAMP has evolved over the years and they will continue to do so. Their association with Mazda has been beneficial to everyone. Build on what is there and what works. Be smart; don’t just be politicians.

Bill Haskins said…
Thank you for the update. It's like these creeps that wanted to close Sharp Park Golf Course and convert it back to "natural habitat" so "all can use the land" a few years back. There's more to this than this article states I'm afraid.
April 4, 2016 at 4:18 PM