My fair lady's 2002 Ford Focus had a bit of battery trouble recently. At first I thought it was just a loose battery cable terminal - the positive cable was slightly loose on the post. No big deal right? Just tighten up the clamp and away we go. Oh if it was only that easy.

Ford, in their infinite wisdom, decided that a normal battery cable end just wouldn't do. No they had to reinvent the wheel. And like so many instances of reinvention they didn't improve on the original that we all know and love so well.

With the exception of GM's side terminal batteries we all are accustomed to the clamping type of battery cable end like seen in this picture. 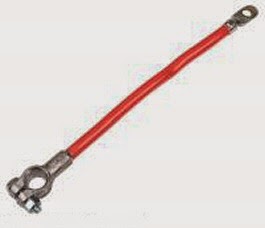 It's pretty simple. The large end goes over the battery post; the end has a gap and a bolt and nut runs through it. By tightening the nut on the bolt the gap is squeezed and the end is tightened around the post. Pretty simple.

So how could Ford improve upon that age old design? Well in my opinion they didn't. The cable end looks similar to that above but instead of a bolt and nut squeezing the end tight they use shims to pull up on the sides of the cable end to squeeze the gap closed. The cable ends are bronze or brass. This is how it looks 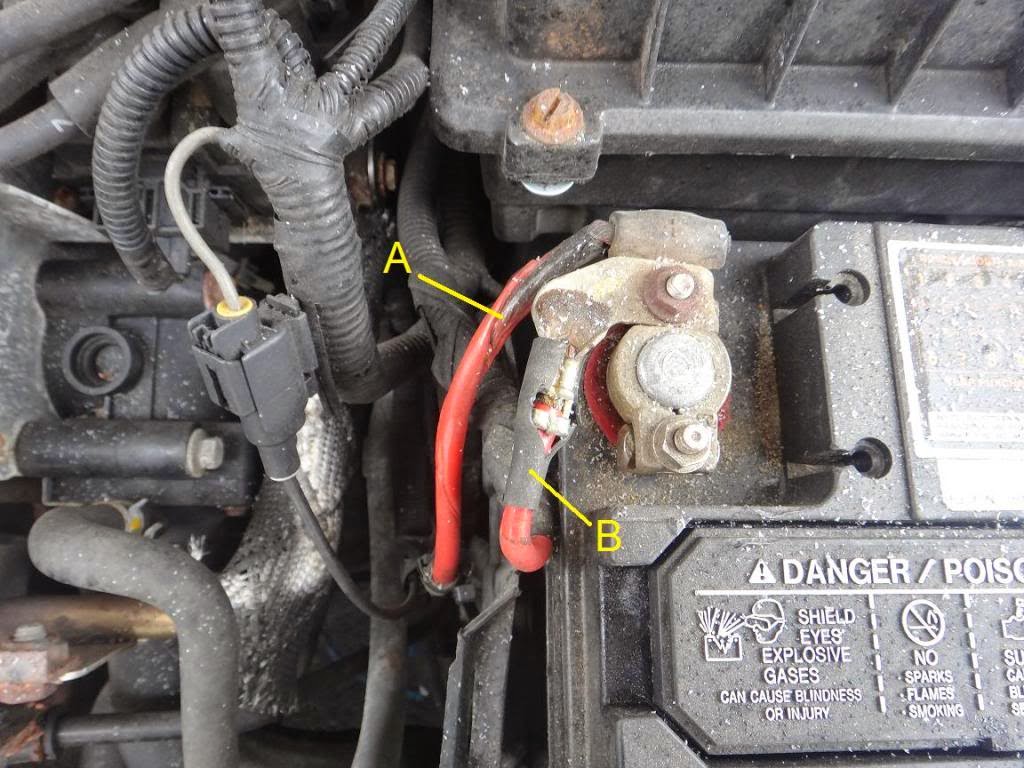 Rube Goldberg couldn't have done a better job. Really. Let's see to squeeze to sides together let's pull up instead of doing it the easy way.

I've run into Ford's Monkey Motion before when I did the brakes on the Focus. Man I wish people would stop trying to reinvent things that work.

Oh the Focus? Nothing wrong with it that a new battery didn't cure.