Every now and then I am lucky enough to get into a press car. It happened recently and the car was a 2014 Nissan 370Z NISMO. I wish I was about 30 years younger. 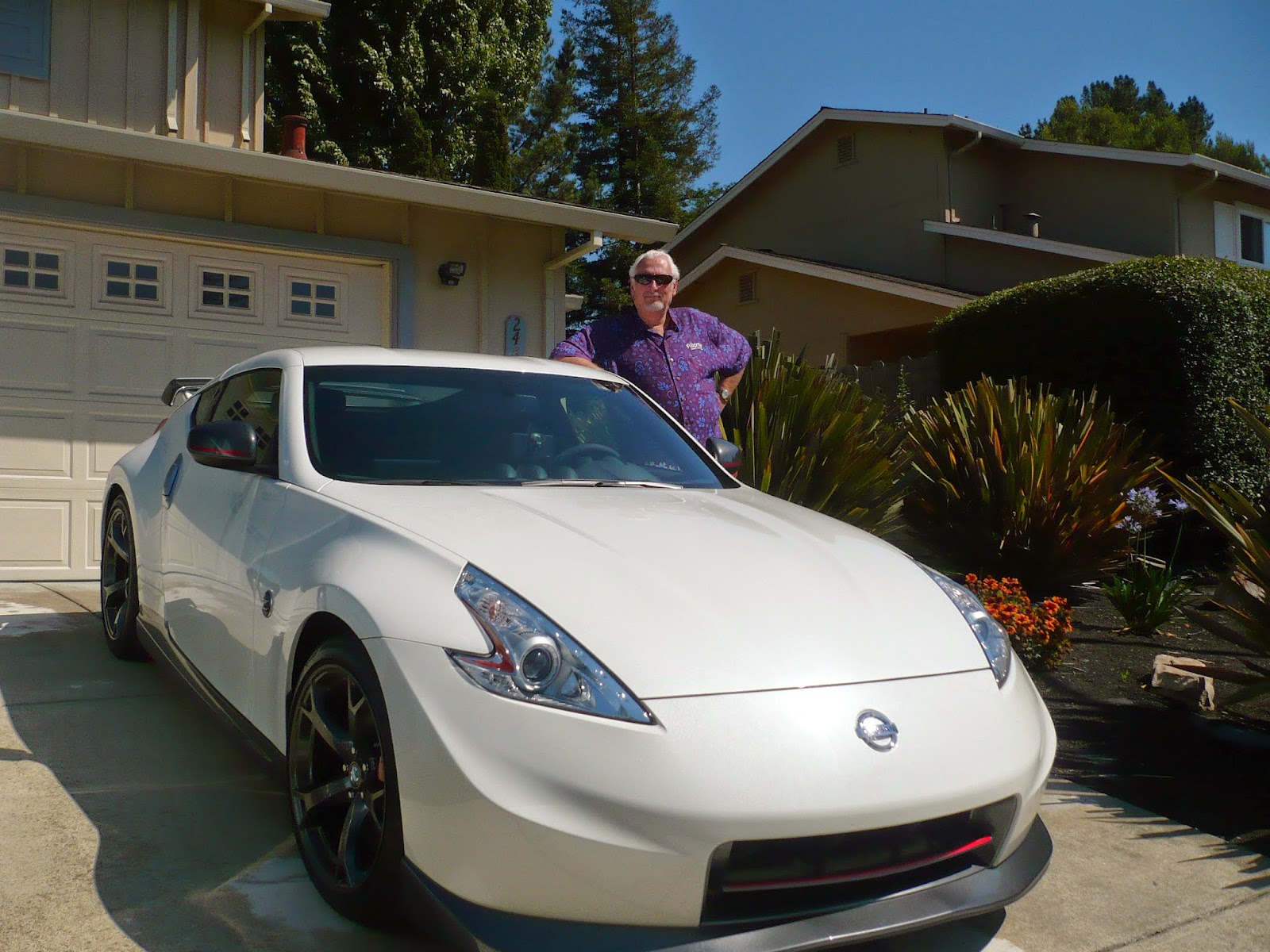 NISMO stands for NIssan MOtorsports and when applied to a street car it means bring some of the track to the street. The changes are big and they drastically change the character of the 370Z.

Nissan says the NISMO has a more aggressive look to if with the body modifications. Personally I like the looks of the standard 370Z better. But to each his/her own.

I didn't go canyon carving with 370Z NISMO; I was in the San Francisco Area looking for an apartment. And I didn't do any actual stopwatch testing. The V6 is a great engine and 350 hp is adequate for acceleration (0-60 has been reported in around 5 seconds). Fuel economy is not bad for such a car - 18 city/26 highway.

For a 3,300 lb car the 370Z NISMO is pretty nimble and quick. What it isn't is comfortable. And that's where my wish to be younger enters. I have no quibble with the shape of the sport seat even though I don't have a sport butt. But it was a bit hard, so hard that I took to removing my wallet from my rear pocket. Now don't get the wrong idea about my wallet; I'm not one of those guys who's wallet is about 4" thick. There was just no give to it.

Add in the extremely low profile tires and stiff suspension and you have a car for young people. The tires were also very noisy. The problem with this being a kid's car is the price - $43,020. Maybe Nissan needs to make a version for us old fogies - All the power with the base 370Z tires and suspension.