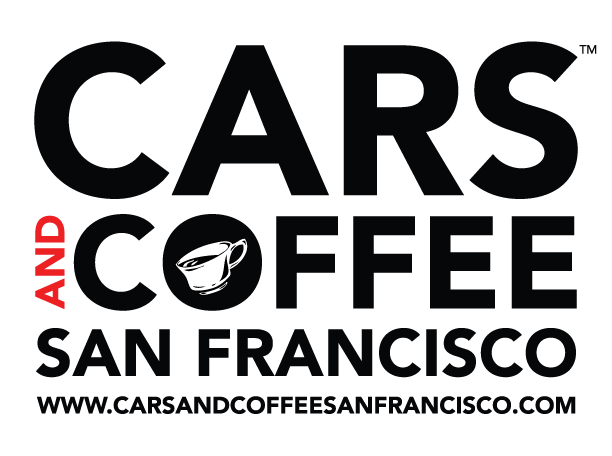 Many years ago in LA a bunch of car nuts would gather every Saturday morning at a local donut shop. They'd grab a cup of Joe and maybe a donut and do some bench racing. The same sort of thing happened in many cities and towns all over the USA. In car crazy LA though the gathering soon became too big for the original location. It moved around from one place to another and eventually ended up at the Ford offices in Irvine thanks to John Clinard and Freeman Thomas. The gathering has moved again and the LA version has grown to epic proportions. 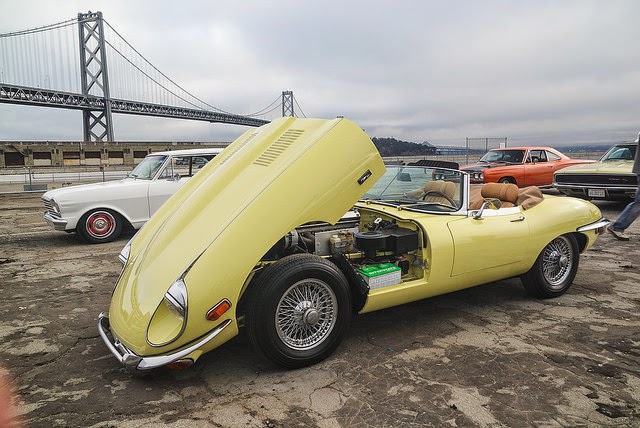 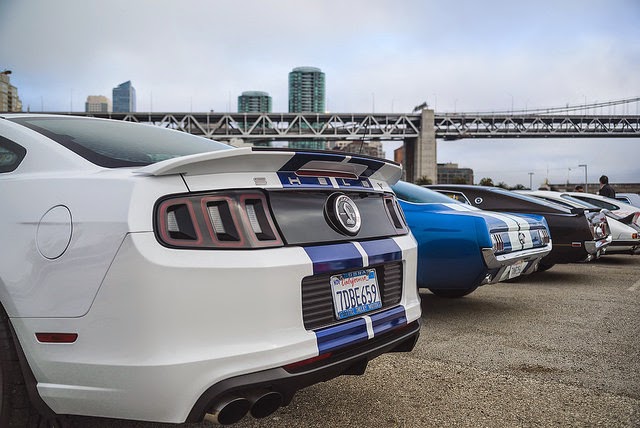 “San Francisco is the greatest city in the world and is long overdue for a world-class meet up of collector and exotic cars,” said organizer and car collector Geoffrey Palermo. The Saturday events launched June 28 at Pier 32 off Embarcadero along the San Francisco waterfront, attracting 250 Ferraris and other incredible vehicles from around the Bay Area. San Francisco Cars and Coffee will be held the first Saturday of the month. “We chose Pier 32 for our events because it can comfortably accommodate 400-450 display vehicles, and is easy to get to for both car enthusiasts and the millions of tourists who annually visit San Francisco. We have literally become the newest tourist attraction overnight,” shares Palermo. “Owners of Exotics and Vintage cars, pre-1972 American Muscle Cars, electric Sports Cars, and pre-1972 motorcycles are invited to display at our events. A $5 fee will help us offset the hefty cost of securing the grounds for the long-term, and we plan to be very picky about the cars we allow to display compared to similar events held across the country.” 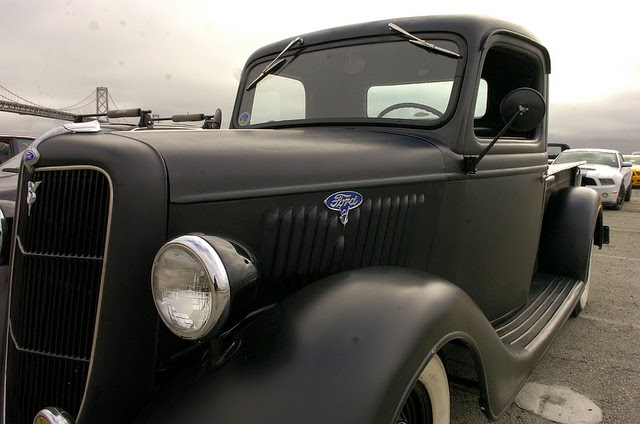 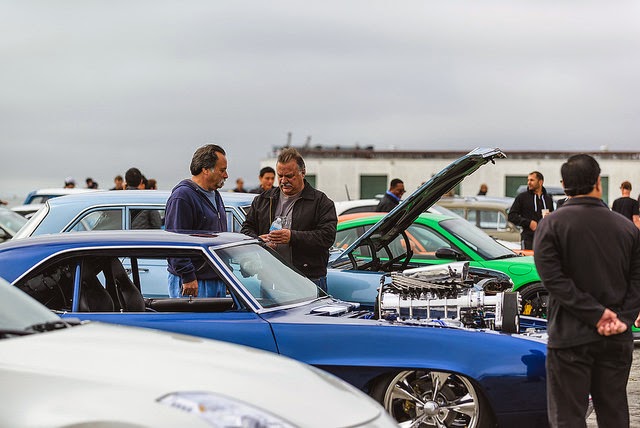 Spectators get in free but there is a charge of $3.00 to park (very reasonable for San Francisco). Pier 32 is just south of the Bay Bridge at the eastern end of Bryant St. There is parking in the area (is there ever enough parking in SF?) so if you can take public transportation do so (there's a Muni Metro Station right out front of Pier 32. 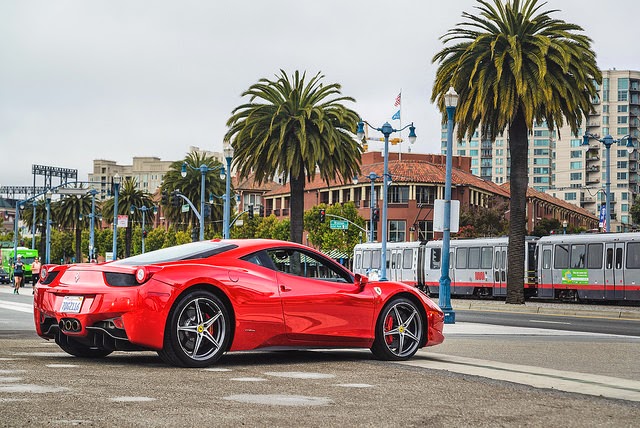 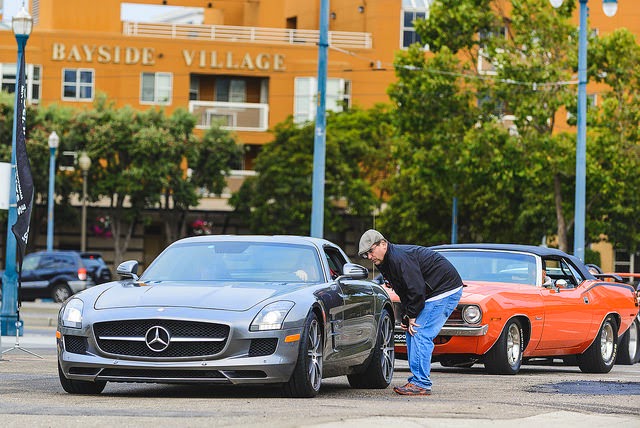 Cars and Coffee Online gives the many gatherings across the country a social network in which to communicate with car owners and enthusiasts who wish to learn about events in their area and beyond. The site represents independent groups across the United States and globally. The term “Cars and Coffee” has been used by car clubs and enthusiasts for decades to represent friendly gatherings, typically held during coffee hours on weekends, where people both display and admire collector cars and exotics. The San Francisco group is sponsored by The Hilton Financial District. Other sponsors include: Ferrari of San Francisco, goldRush Rally, eGarage.com, British Motor Cars Exotics, Academy of Arts University, San Francisco Department of Public Works, SSCustoms, and GT Concepts. The event aims to support and draw awareness to Gum Moon Women’s Residence. Visit the Cars and Coffee San Francisco Facebook page here:  https://www.facebook.com/carsandcoffeesanfrancisco or their website at http://www.carsandcoffeesanfrancisco.com/exhibit.php. 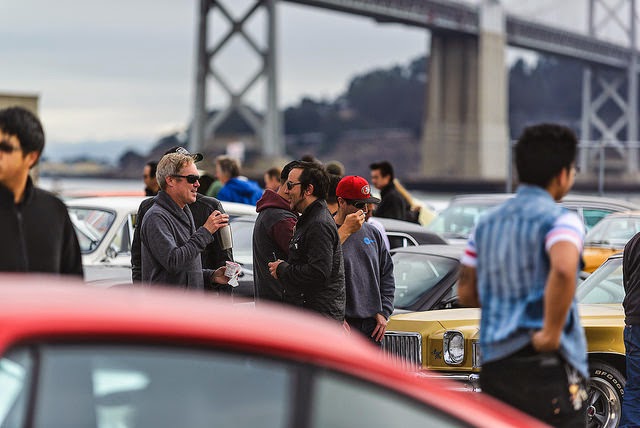 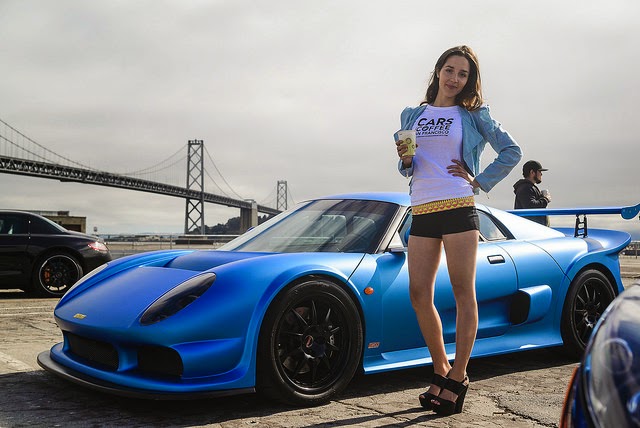 There are Cars and Coffee groups in so many places. Some are structured, some are very informal. You know, just a bunch of guys grabbing some coffee after a morning's drive. Don't ever let anyone tell you that our love affair with cars is gone. The great thing about these gatherings is you don't have to have a neat car to participate. Just get out there and walk around. I am always amazed at the quality of cars that seem to be hiding in garages all over the Bay Area. Most people who show their car at events like this are more than willing to chat with anyone.

Bring your kids and turn them on to the world of cars. Is there a better way to start a weekend than looking at interesting cars (and people) with a hot cup of coffee, maybe some good pastries, with San Francisco on one side and the beautiful San Francisco Bay on the other side?

Bill Haskins said…
Thanks for the information. Had no idea there was a gathering of autos and auto-enthusiasts so close to me!
July 31, 2014 at 2:23 PM