Paul Carrubba, now 60, remembers seeing the fiesta red Aston Martin in San Francisco back when he was a teenager and helping out in his dad’s auto repair garage. 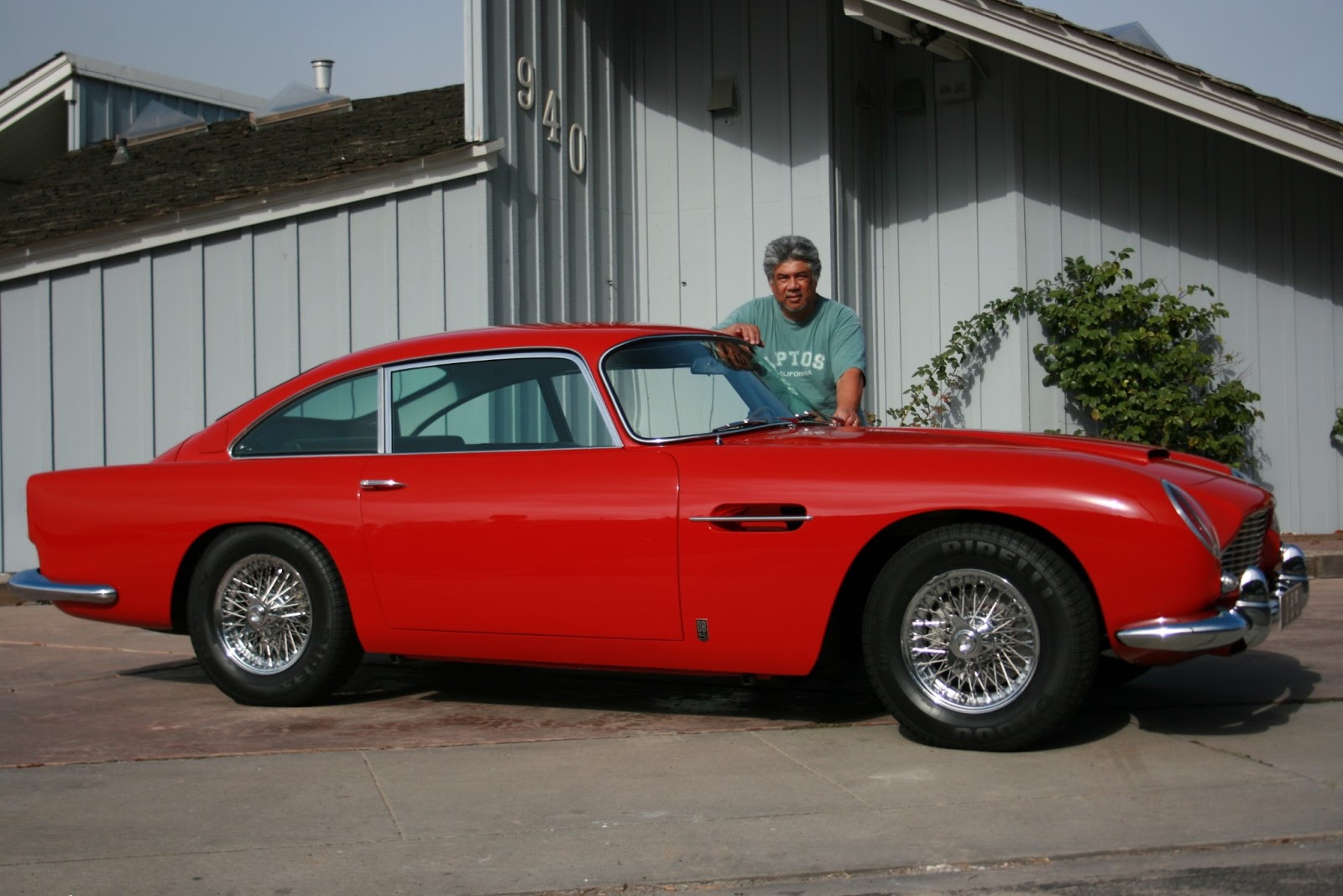 The 1965 DB5 is one among a panorama of Aston Martins displayed as the featured marque in this Sunday’s (July 21) 57th Hillsborough Concours d’Elegance on the greens of Crystal Springs Golf Course. Hours are 10 a.m. – 4 p.m. Admission is $30 adults (kids 13 and under are free). There is a special $75 patron’s ticket, which includes close-in parking, access to the event’s VIP tent, food and beverages.

“My dad knew the owner of the car,” Carrubba says. “Of course, as a kid, you would have dreams about owning a car like this. It went into storage for almost 20 years and I found out in 1983 that they were putting the car up for sale.

“I bought it with the idea that this would be a ten year project and we would restore it as if she were new -- but ten years became 19 years.”

This DB5, only one of 866 DB5s built in ’65, has already taken a best in class at the 2005 Hillsborough event. The sleek “saloon” (by virtue of two small rear seats) is powered by the firm’s “standard” six-cylinder, four-liter 282 hp engine

Carrubba, himself in the auto retail business in Silicon Valley, attributes much of the final restoration to the works of Kevin Kay in Redding, CA, who is one of the country’s leading  Aston Martin restorers. Since final touches were completed, Carrubba has driven the car about 5000 miles.

He is a resident of  Aptos in Santa Cruz County and is also a long time Italian car enthusiast  who owns a 1973 Fiat Spyder 124.

His DB5 rounds out an Aston Martin field at Hillsborough honoring the 100-year-old British motor car company. Other Aston Martin vehicles include a silver 1965 DB5 identical to that driven by James Bond in “Goldfinger,” a racing 1949 prototype DB2 from the collection of Marin’s Tom Price (he’s also showing a rare 1961 Zagato-bodied racing version) , a 1958 DB Mark III DHC, entered by Larry and Jane Solomon, Woodside, and a rare 1966 DB6 Vantage from Dave and Susan Buchanan of Menlo Park.