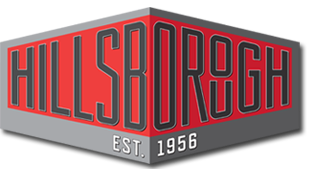 
Bud Miceli’s maroon 1962 Chevrolet Corvette is just one among several high performance machines in a personal collection reflecting a six-decade dedication to speed and the motoring arts. 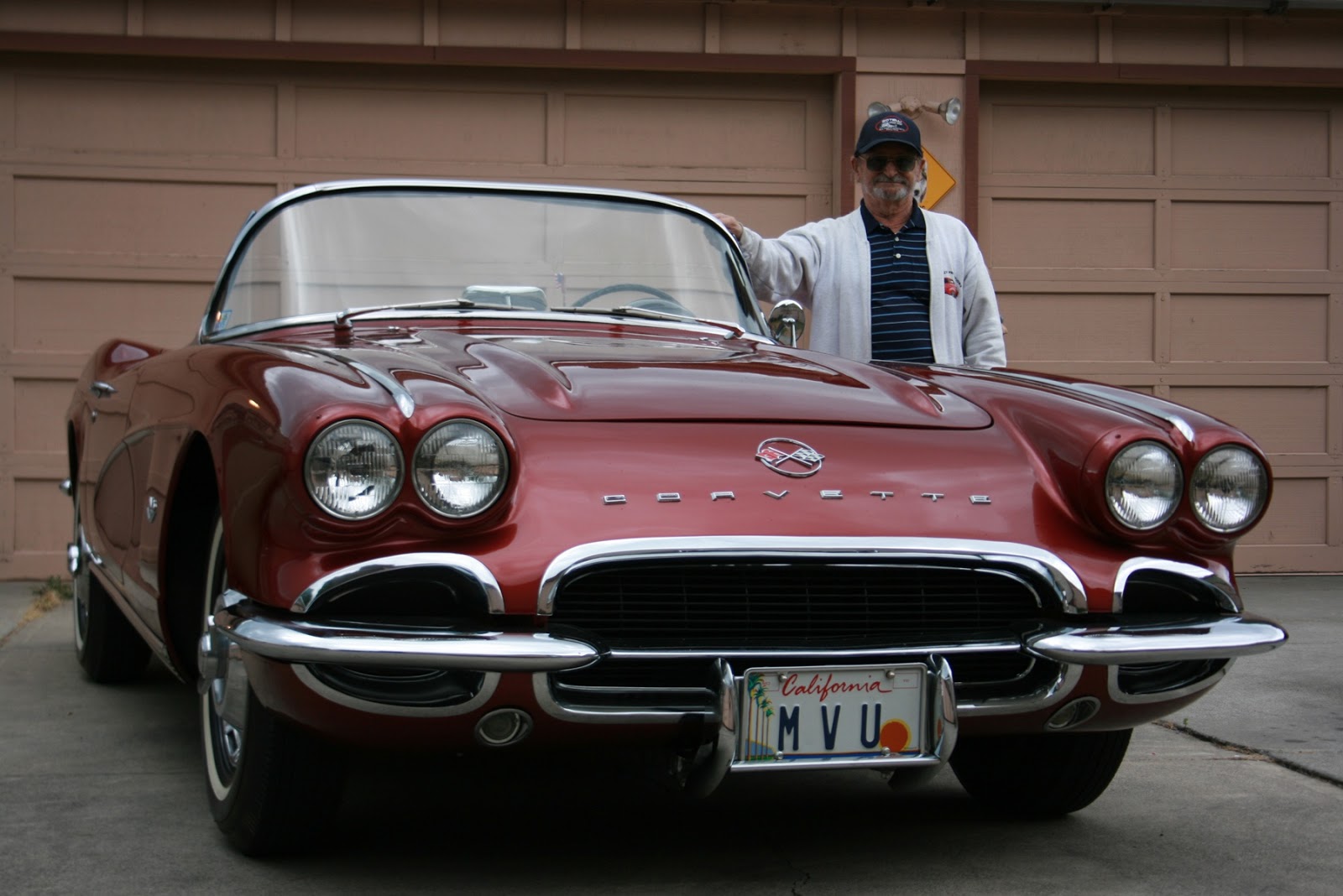 The 71-year-old Redwood City, CA, resident has entered his production hardtop two seater in the  Sunday, July 21, Hillsborough Concours d’Elegance – longest continuously running concours in the world -- at the verdant Crystal Springs Golf Course in Burlingame, CA,. Miceli’s car will be among an array of Corvettes highlighting the 60-year evolution of this all-American sports cars. 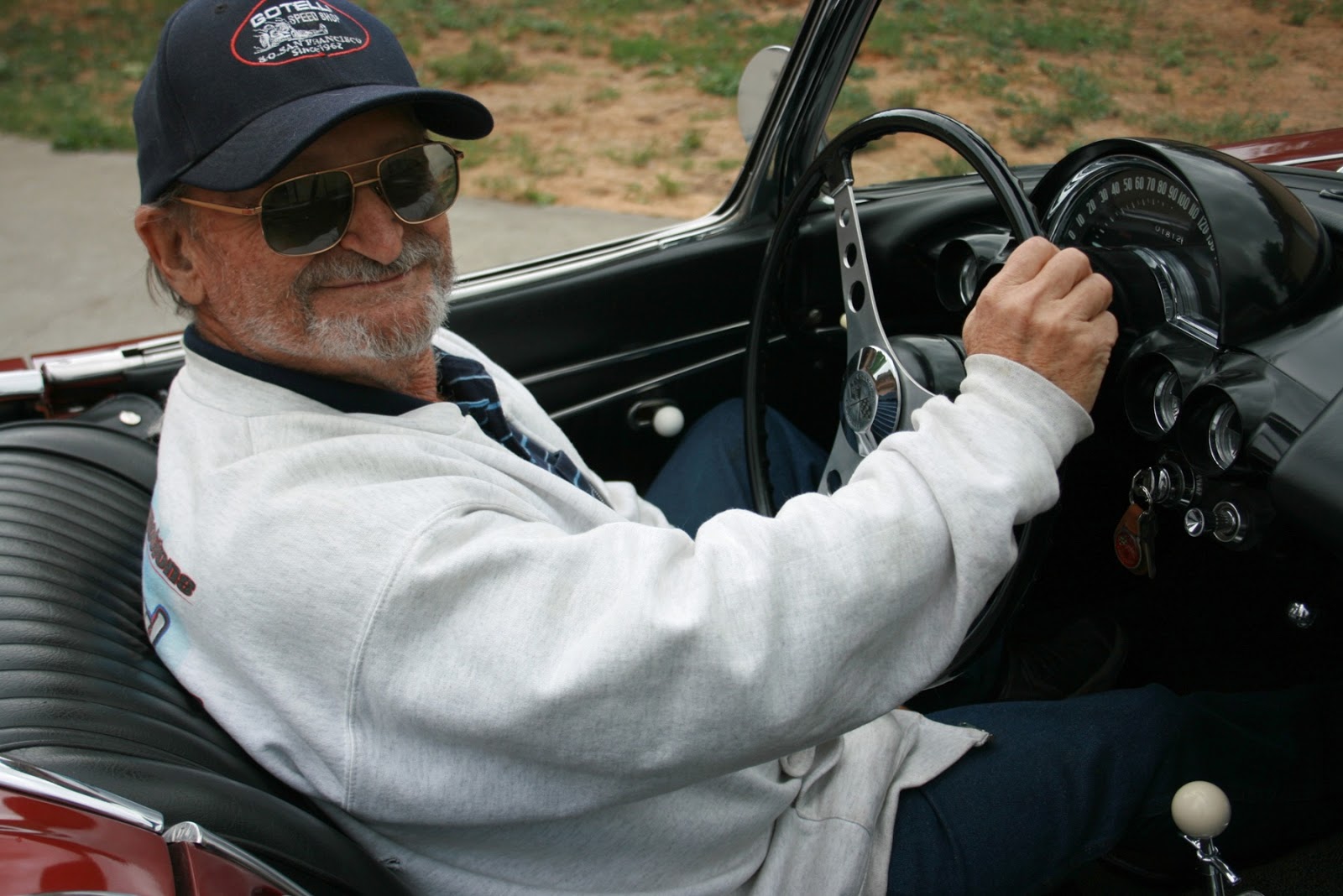 “Our display will showcase the evolution of Corvette design from 1953 to the present,” said Richard Kelaita of Hillsborough, CA, who is organizing the display. “We’ve chosen specific model years to show how designs evolved from generation to generation – as well as within each generation. Concours visitors will also be able to see Corvette stylistic traits that have lasted over the decades.”
The 1962 edition is significant in that it represented  a transition year from the company’s smaller 283 cu. in. engine to Chevrolet’s bigger 327 cu. in. block (producing  340 hp). It was also the same year in which noted Corvette driver Dr. Richard Thompson notched SCCA’s A Production championship, winning 12 out of 14 class races in his competition-prepared sports car . . .
Miceli has owned  a number of Corvettes and in addition to the 1962 version has a 2013 LS3 edition. A native San Franciscan, Miceli early on exhibited an aptitude for machine skills, working in gas stations and eventually joining the operating engineers as a diesel mechanic. 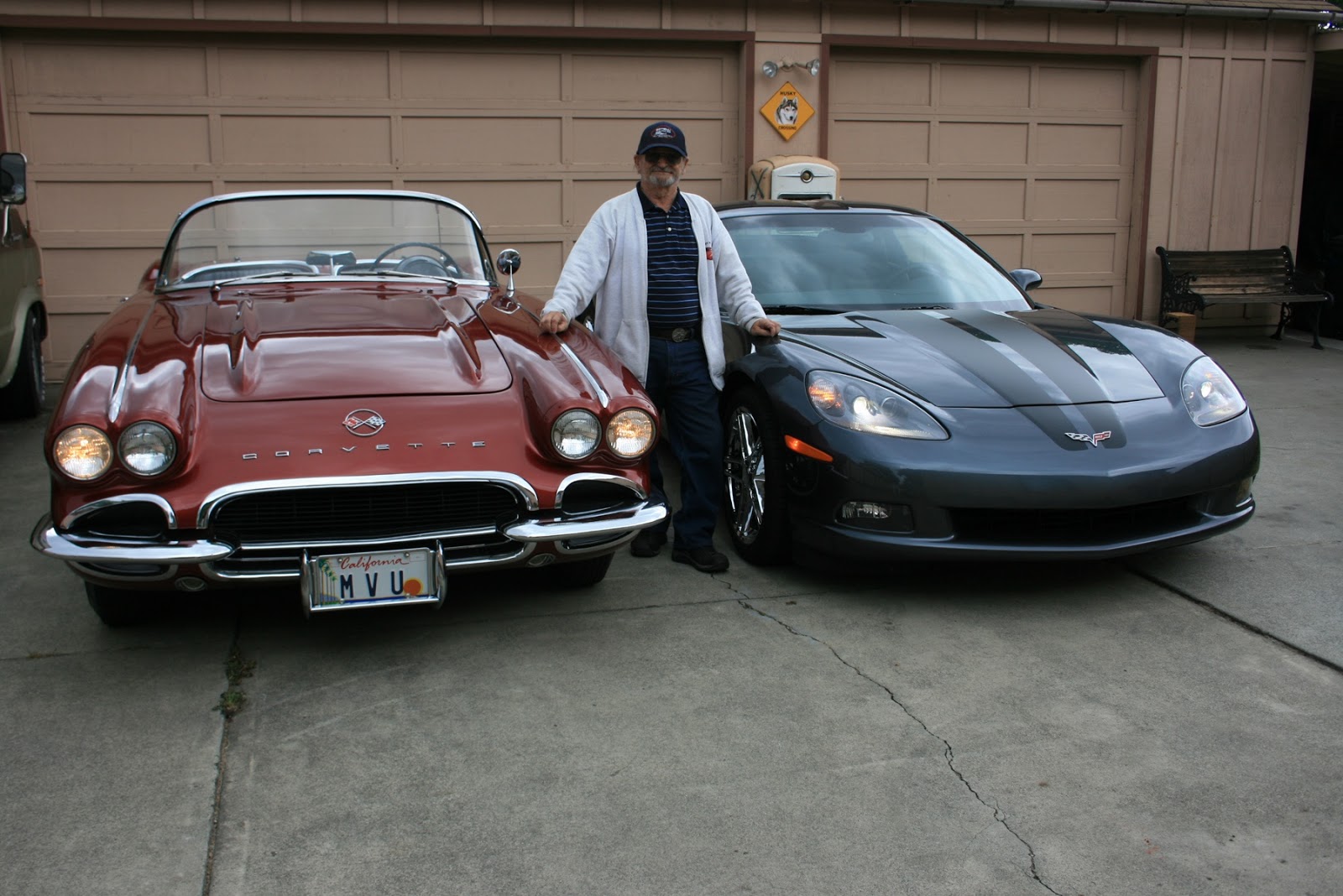 He also ran with a high speed crowd of seminal San Francisco hot rodders, including the late Jim McLennan, a prime mover in the early Half Moon Bay Drag Strip, the late “Terrible Ted” Gotelli  and Andy “The Rodfather” Brizio. He was a regular at McLennan’s celebrated Champion Speed Shop in South San Francisco .
“I was so crazy about racing, I took my dad’s stock ’50 Ford coupe,” Miceli recalls, “hopped it up with a 296 inch flathead and raced the guys out on the Great Highway.”
A succession of hot rods and production American super stock racers followed, including big block Fords, Shelby GTs, and Chevrolets. His 428 cu.in. ’67 Shelby 428 GT ran in the mid-10 second range on quarter-mile competition on drag strips from Fremont, to Half Moon Bay, Salinas and Kingdon (near Stockton). In the ‘60s he was president of the Turner Ford Mustang Drag Club.
His mechanical skills and knowledge of early performance rolling stock have led to a post-retirement career as a restoration expert and he’s done specific work on a number of vehicles, including 1953 – 1955 Corvettes owned by Atherton collector Phil White, some of which will be part of the Hillsborough gathering.
Featured marque at the Concours is the venerable British line Aston Martin, which this year celebrates its 100th anniversary. There will be a special showing of coachwork cars from Italy’s fabled house of Zagato, a lineup of vintage British motorcycles and a retrospective look at 1957 model cars that made showroom history in October, 1956 – the same date as the first Hillsborough Concours d’Elegance.
Charity beneficiaries of the Hillsborough Concours d’Elegance are  Autism Speaks, North America’s largest autism science and advisory organization, the 49ers Foundation, which provides extensive support for at-risk youth in the Bay Area and the Hillsborough Schools Foundation, which provides support for four public schools in Hillsborough.
For further information, go to www.hillsboroughconcours.org.
Email Post