WAJ's 2013 Media Days are behind us now. I missed the past two years so I am very glad I went this year.

When I first joined WAJ, actually before I became a member, I attended my first Media Day Event at what was then Sears Point Raceway and is now Sonoma Raceway. That was in 1999, and I had just started writing for the Pacifica Tribune. Terry Page suggested it would be beneficial for me come up to the track. Terry was right.

This year, as in the past few years, Media Days are held in and around Monterey, CA, with Track Day at Mazda Raceway Laguna Seca. In a break from the past this year it was headquartered at the Hyatt Regency Hotel & Spa.

As in previous years Media Days are two and a half days of cars and camaraderie. Monday, Day One, was for registration and what is called "Show and Shine" where some of the offerings were shown off.

Tuesday, Day Two is the "Ride and Drive" portion, a more relaxed way to get to know most of the cars available and the car company people who are there. The morning's drive was on a route through some of the prettiest parts of Monterey County, switching off between cars at predetermined stops. More than a few of us got off route but managed to find our way to the Quail Lodge Golf Club for a very nice lunch sponsored by Chevrolet.

After lunch we drove over Laureles Grade back to the Hyatt. All the cars were gathered and we could take them out for a 10-15 minute drive until 4:00 pm.

Below are cars I drove on Tuesday in no particular order: 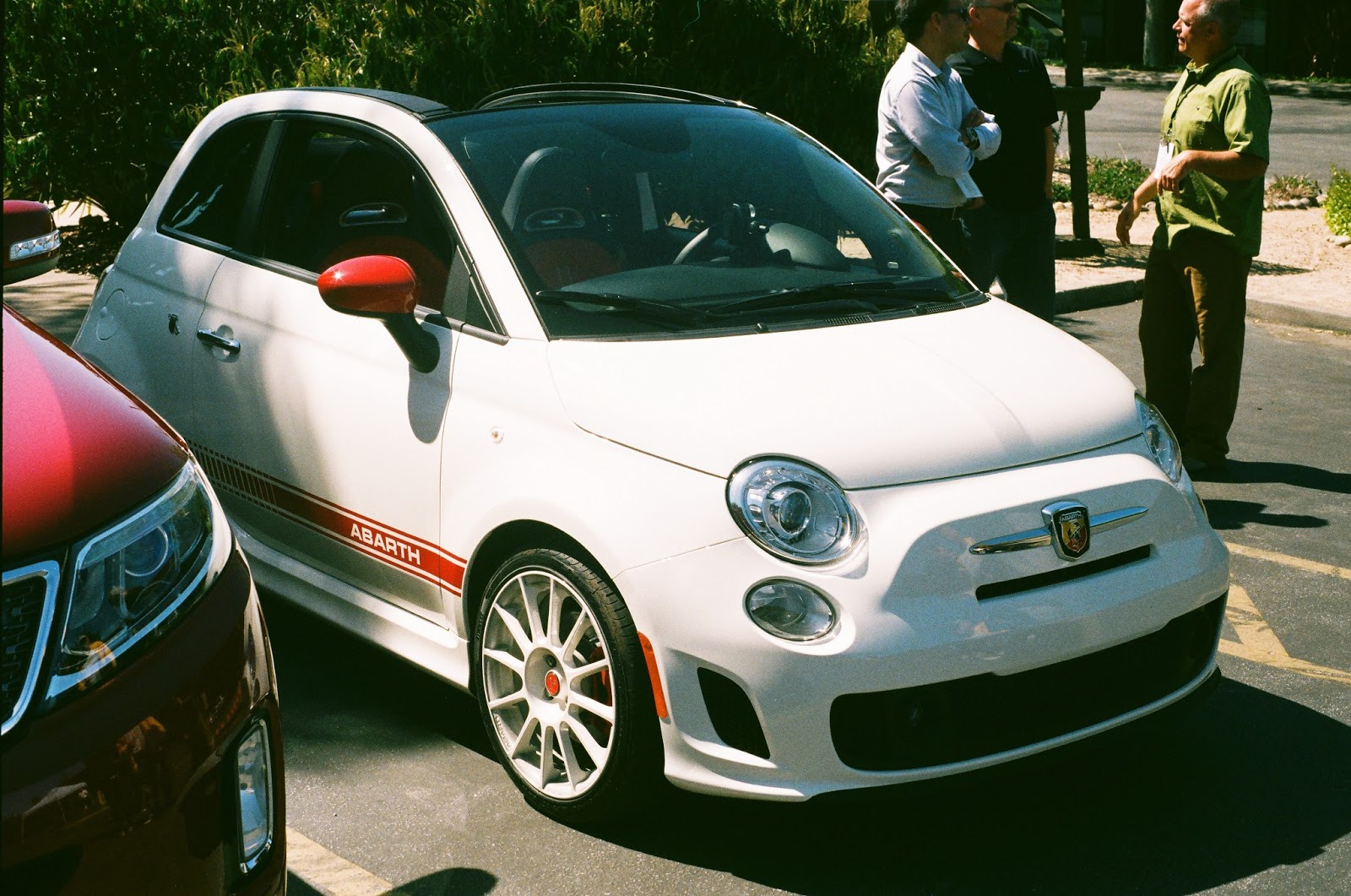 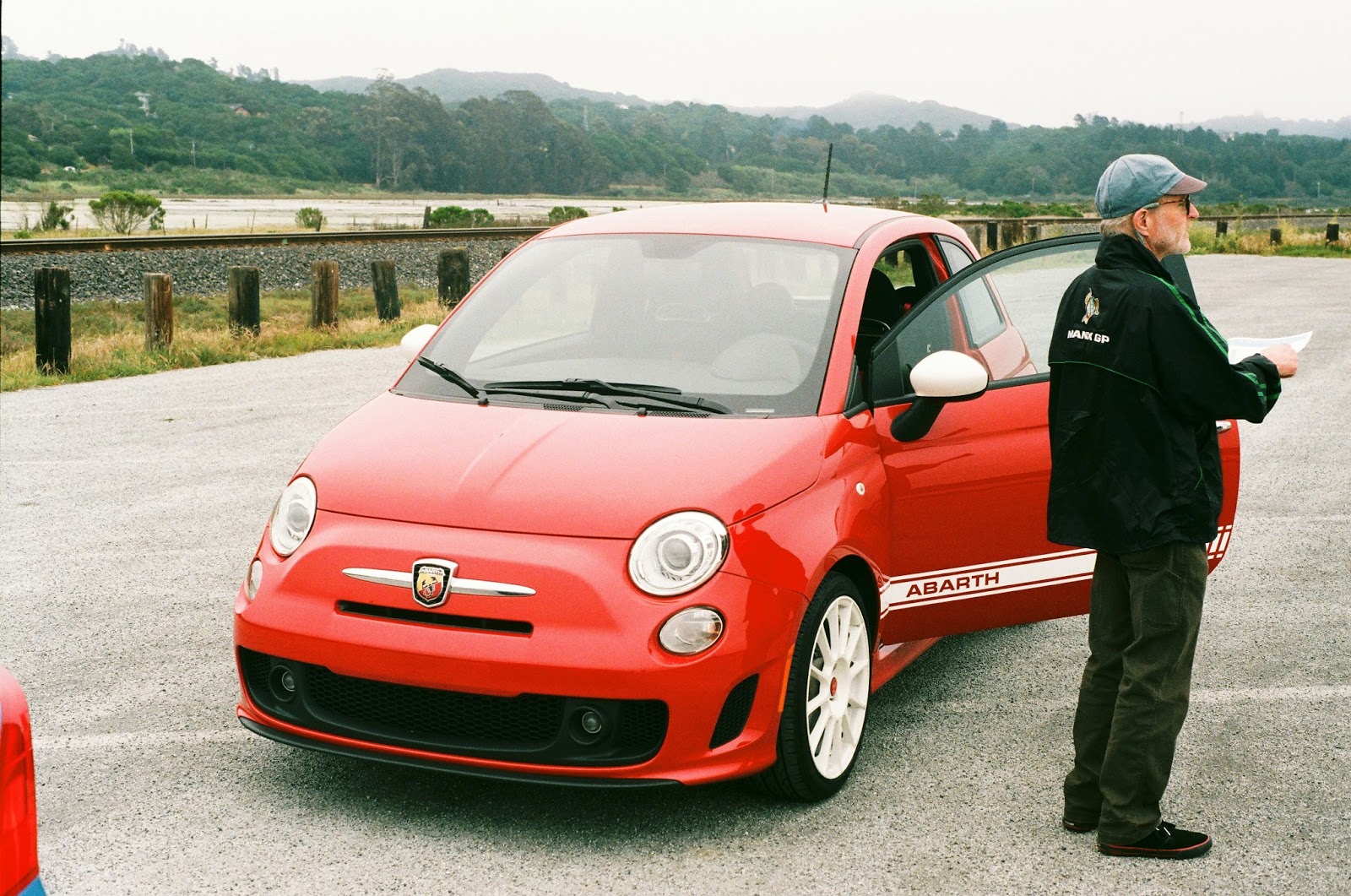 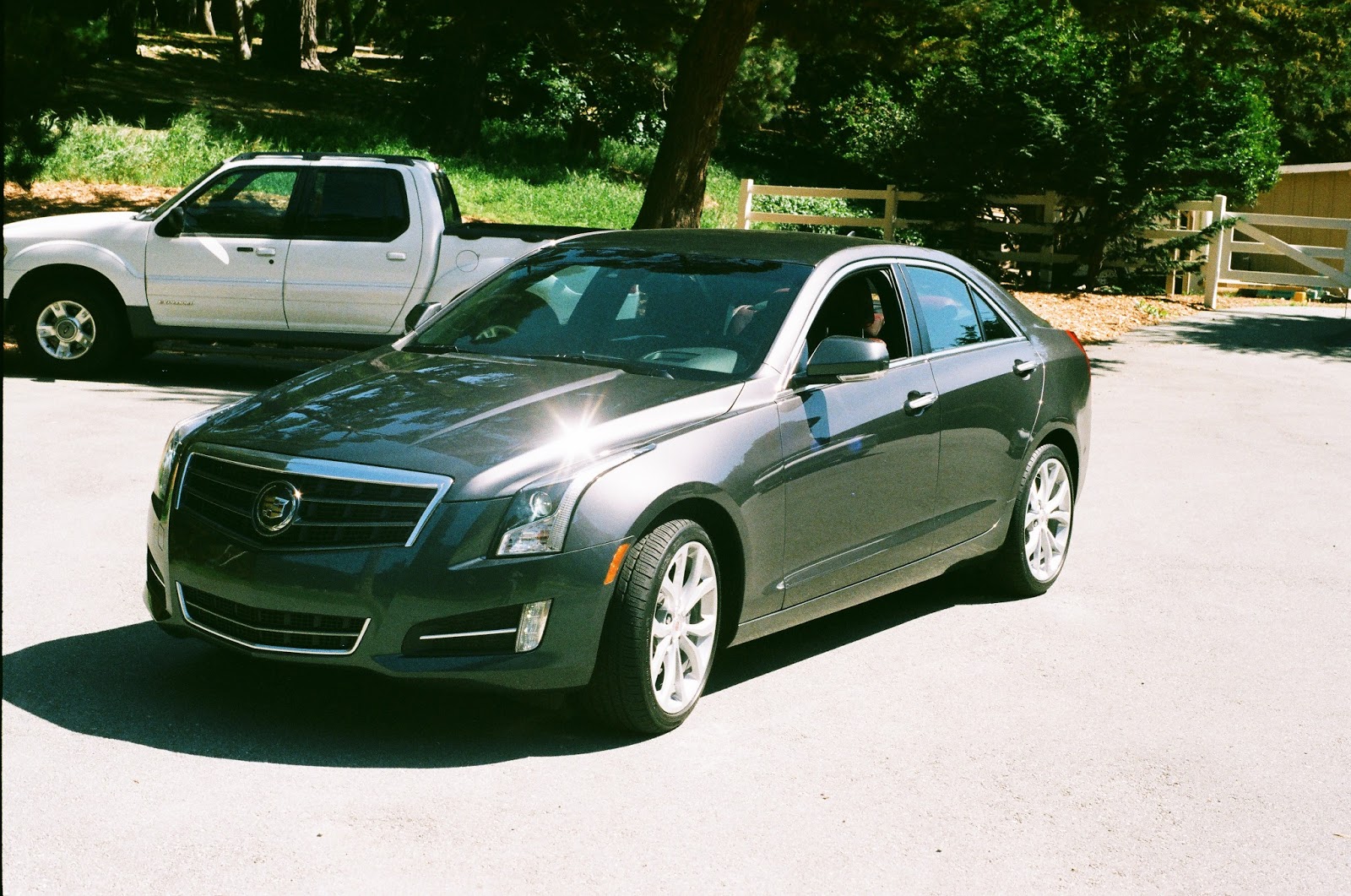 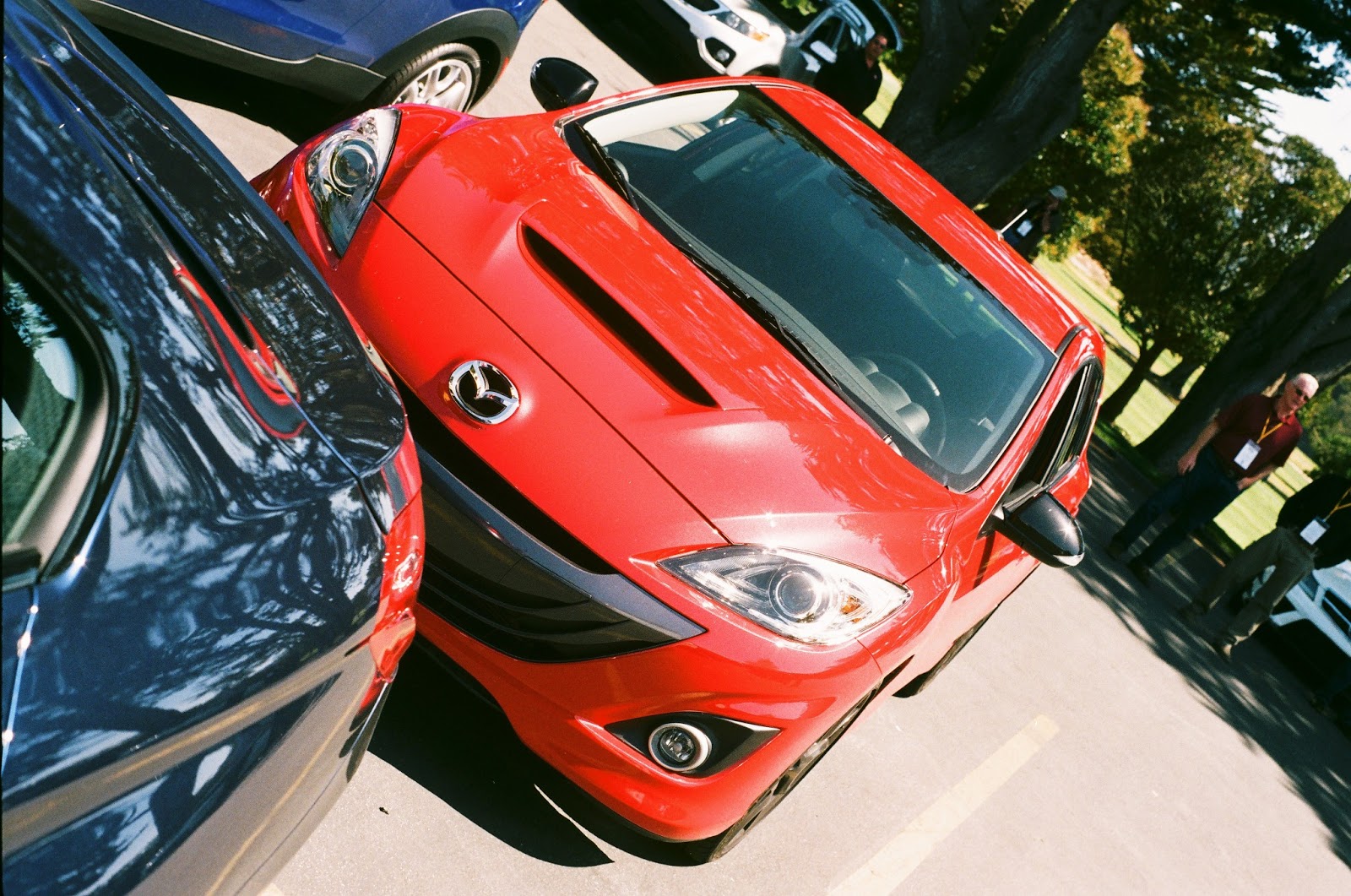 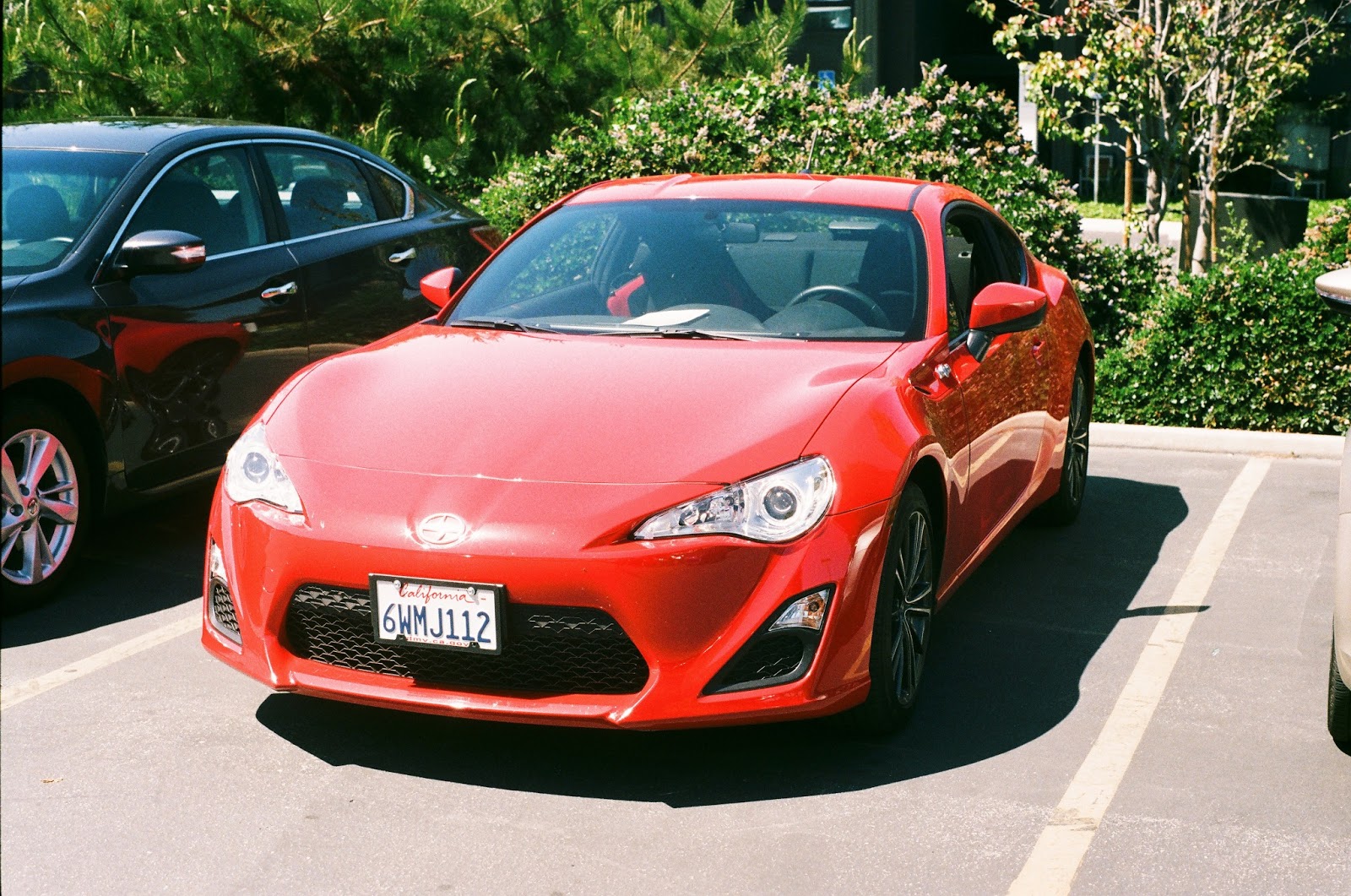 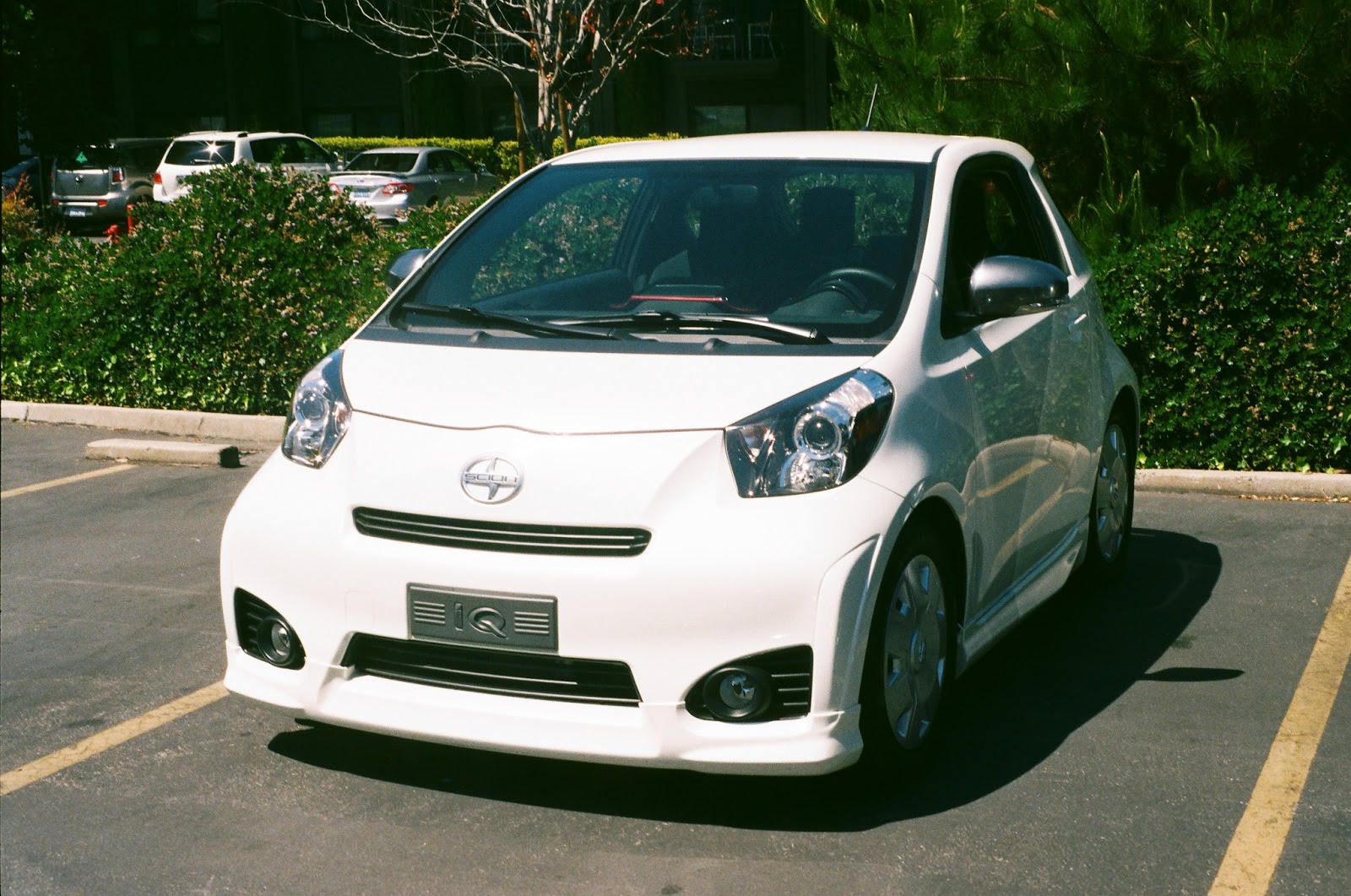 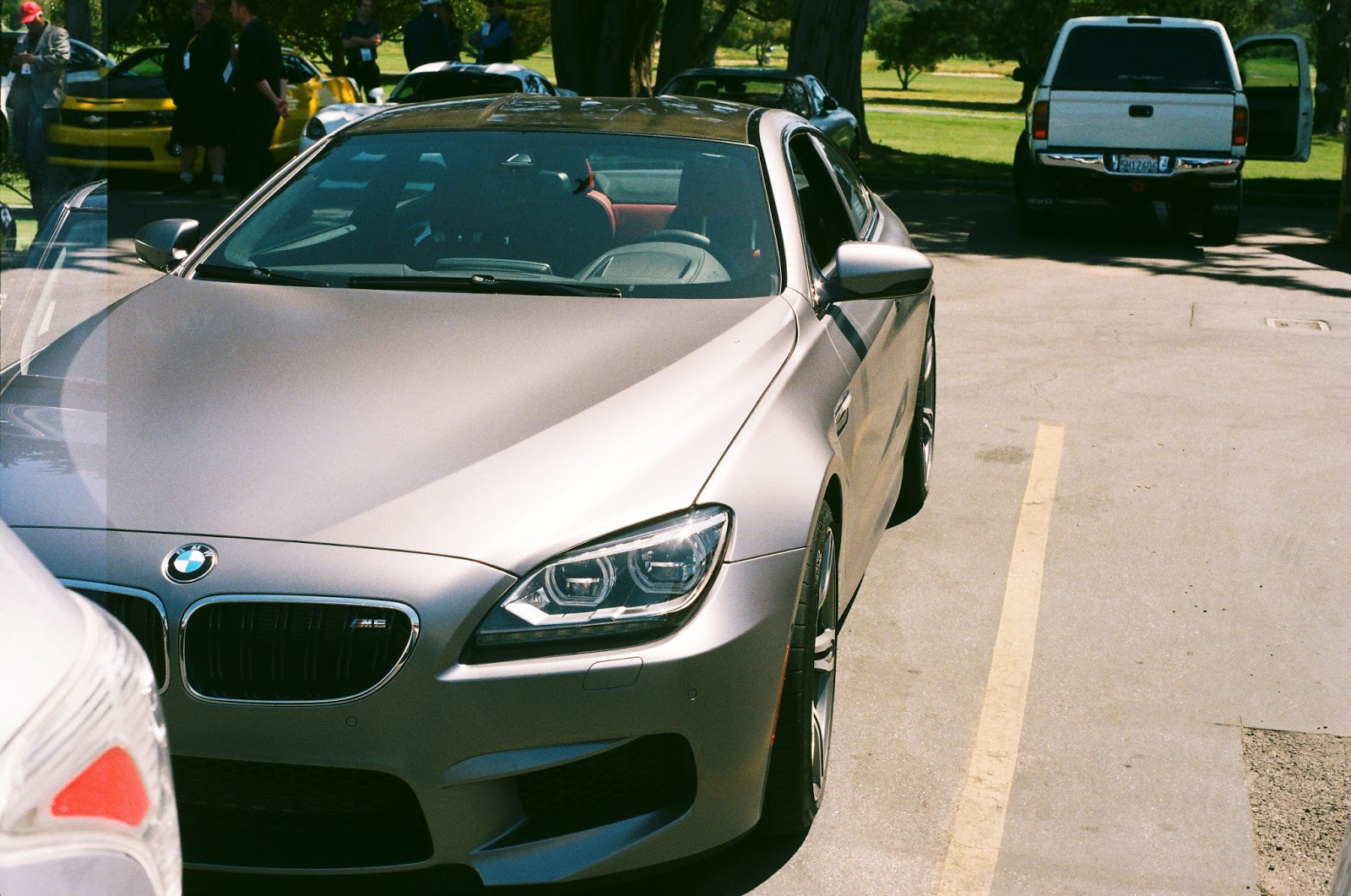 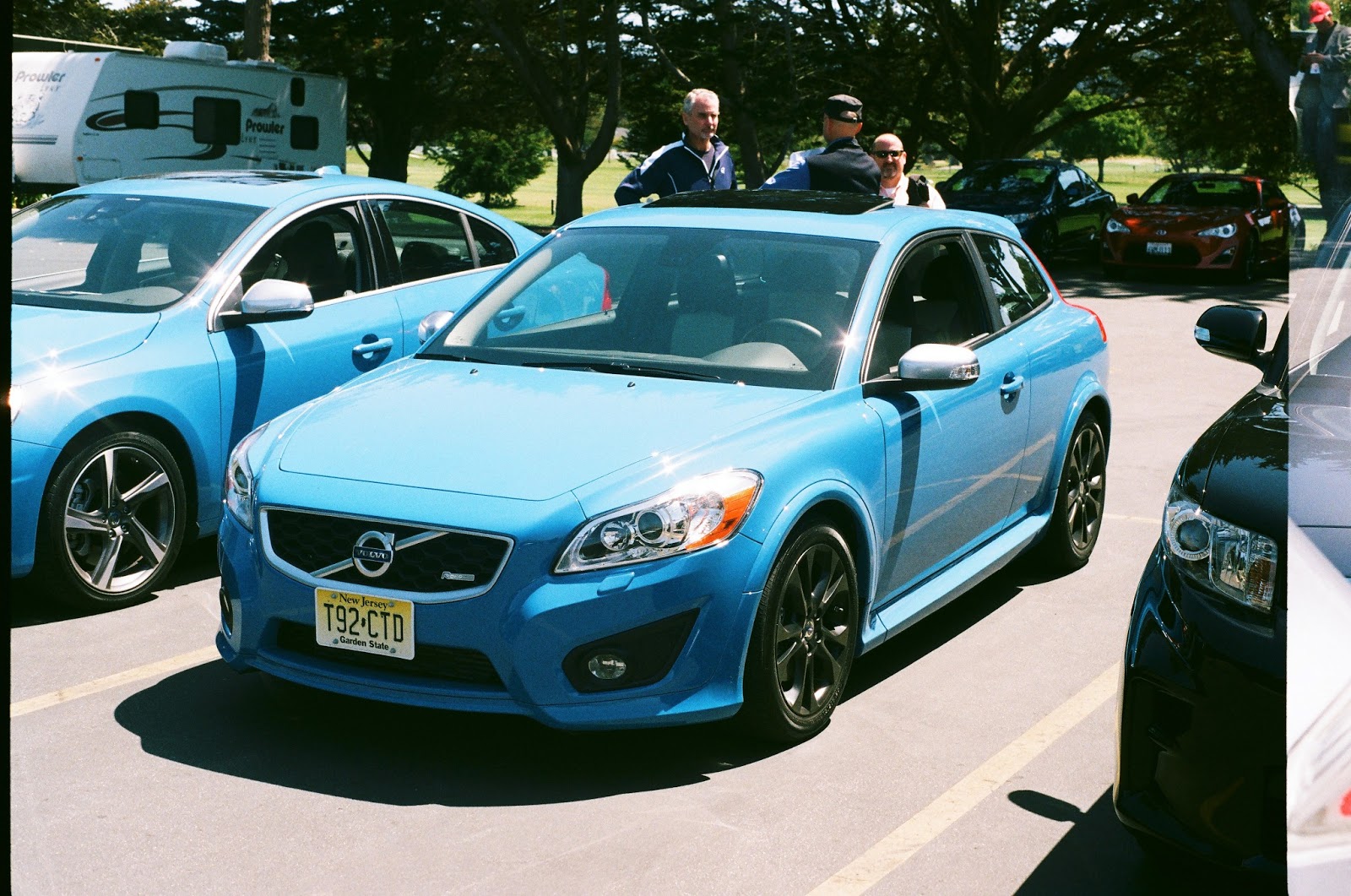 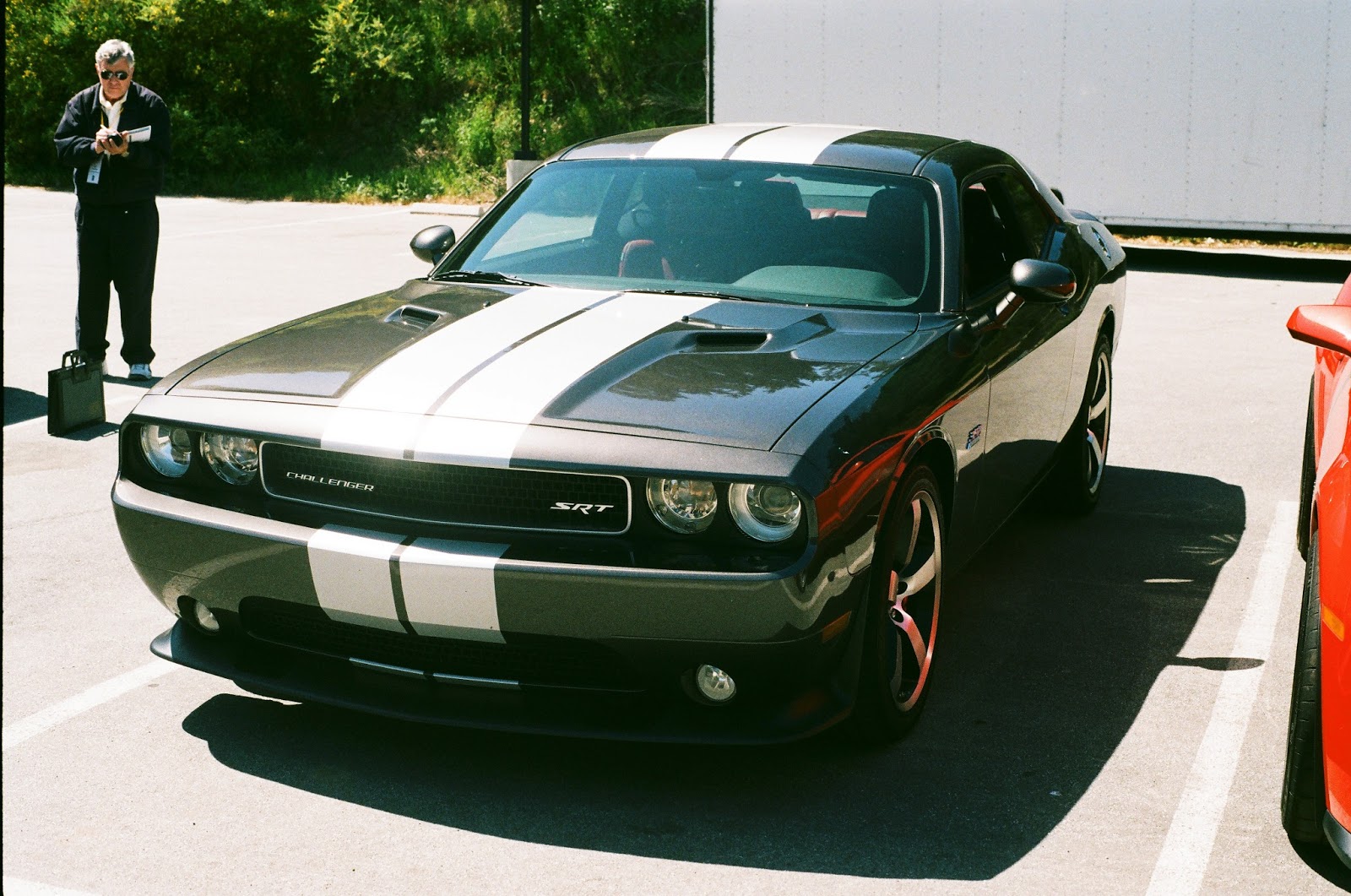 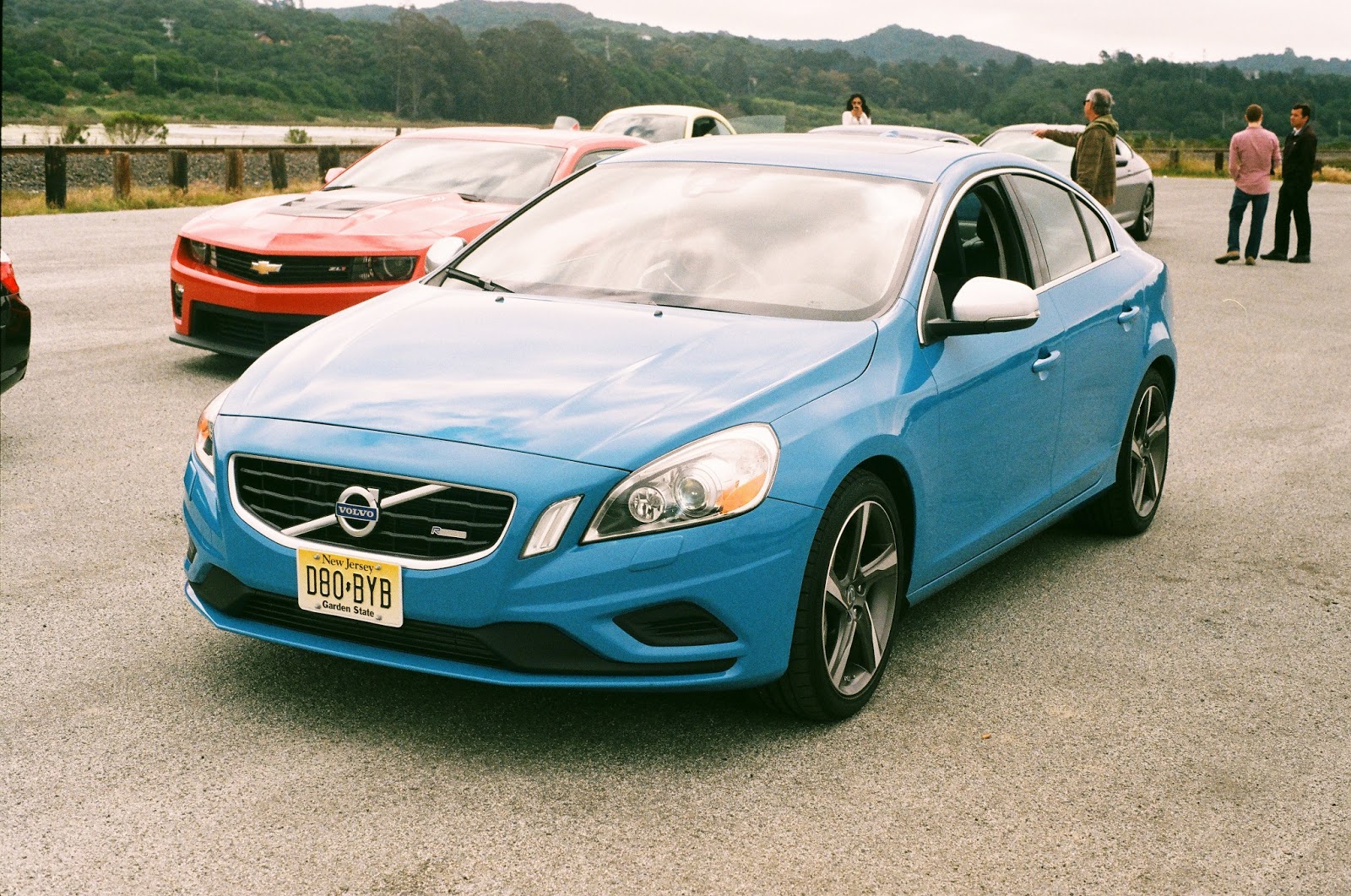 Tuesday evening started off with a wonderful reception sponsored by Fiat and SRT. Very good hors d'oeuvres and a display of some of their cars.

After the reception we went to the Banquet sponsored by Toyota. I can't speak for anyone else but my meal - flat iron steak - was excellent. After dinner Toyota made a presentation of a check for $1,500, to the Cordell Koland Scholarship Fund.

We had something new this year thanks to Ron Harrison, some after dinner entertainment. Toyota sponsored  what was called WAJ Club 21 (it is WAJ's 21st Media Days) Casino Night. There were blackjack tables and a roulette table as well as a darn good lounge act, Vinnie, a singer. All proceeds from our night of gambling went to the Cordell Koland Scholarship Fund as well.

Wednesday was Track Day sponsored by Mazda Raceway Laguna Seca, one of the world's truly great road courses. I did not participate in Track Day this year (I was there but didn't drive) because, and I hate to admit this, I just didn't feel like a driver. Something was off, maybe it was the two year layoff, I don't know but my head and body just were not in the right place.

So I took some pictures, talked with some friends, and had a nice lunch courtesy of Mazda. I left the track around 2:00 pm. 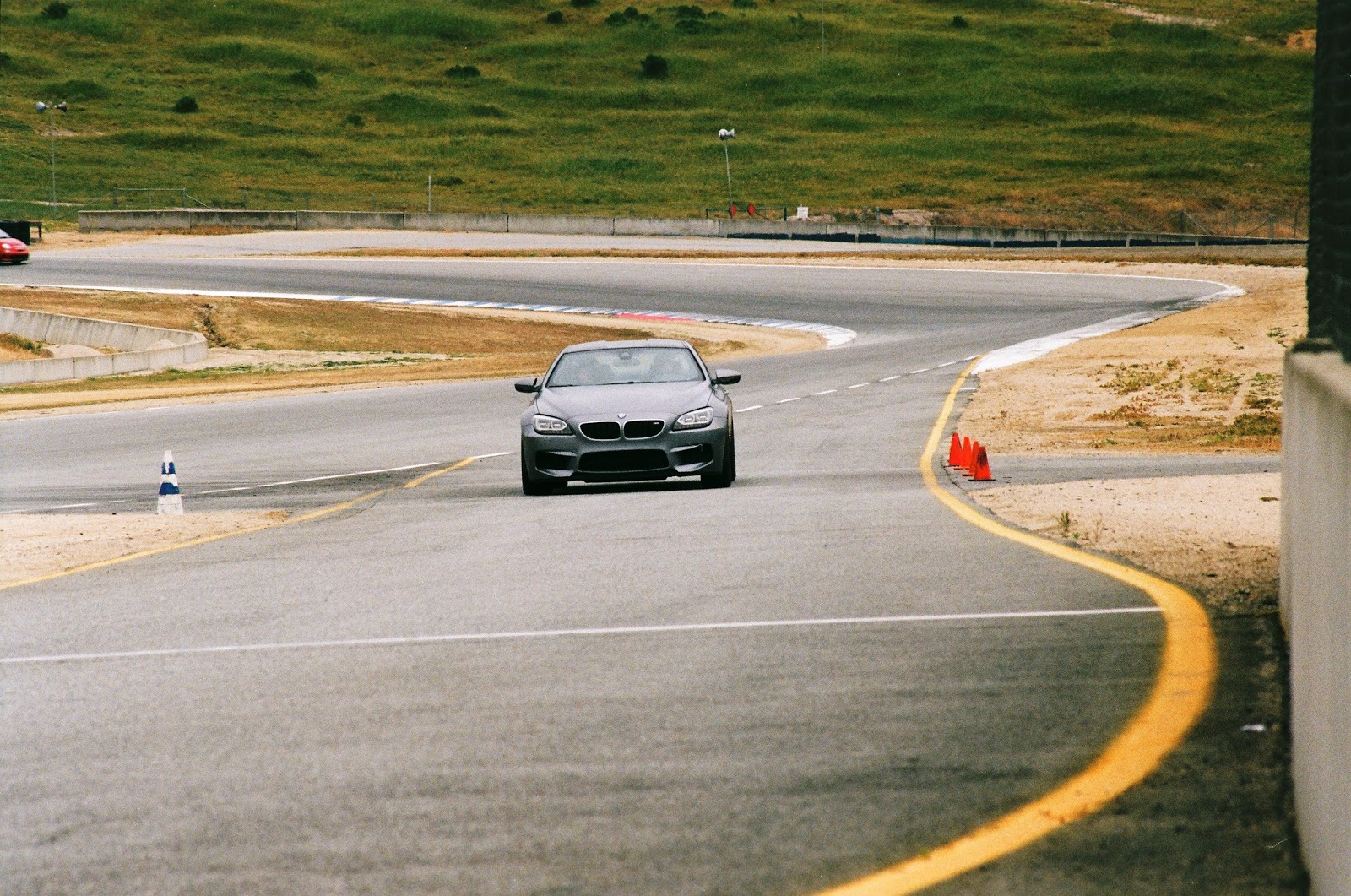 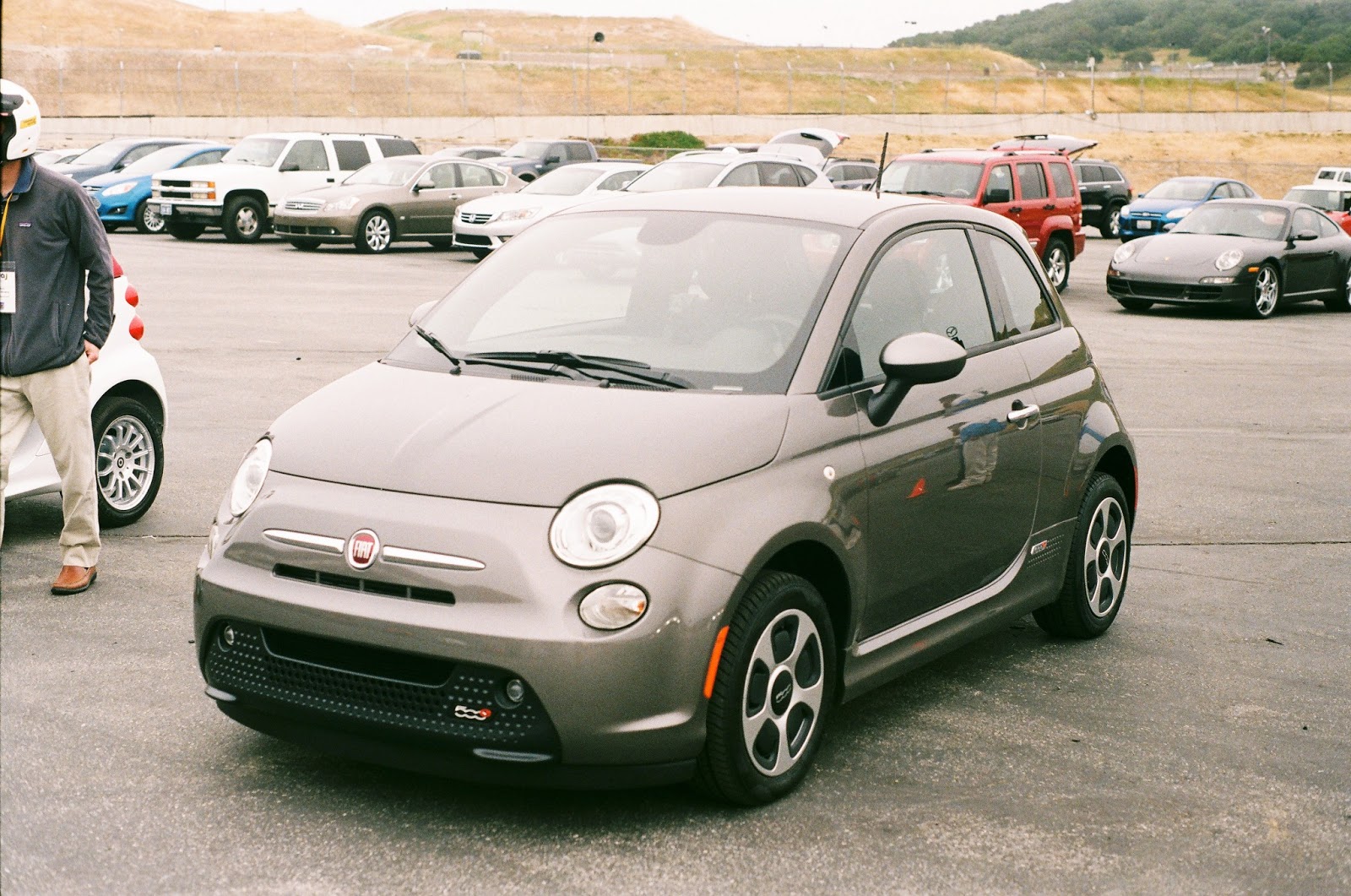 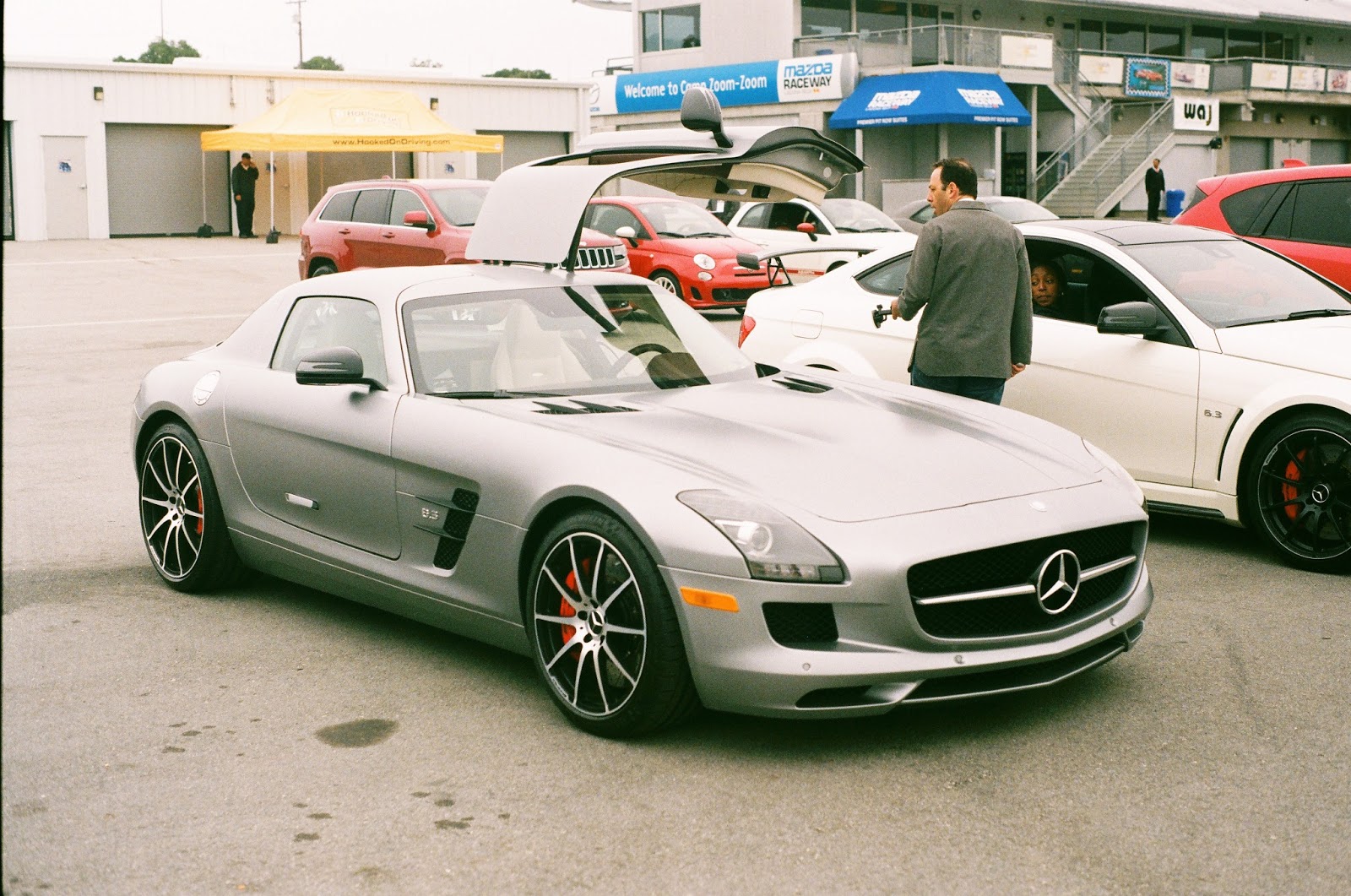 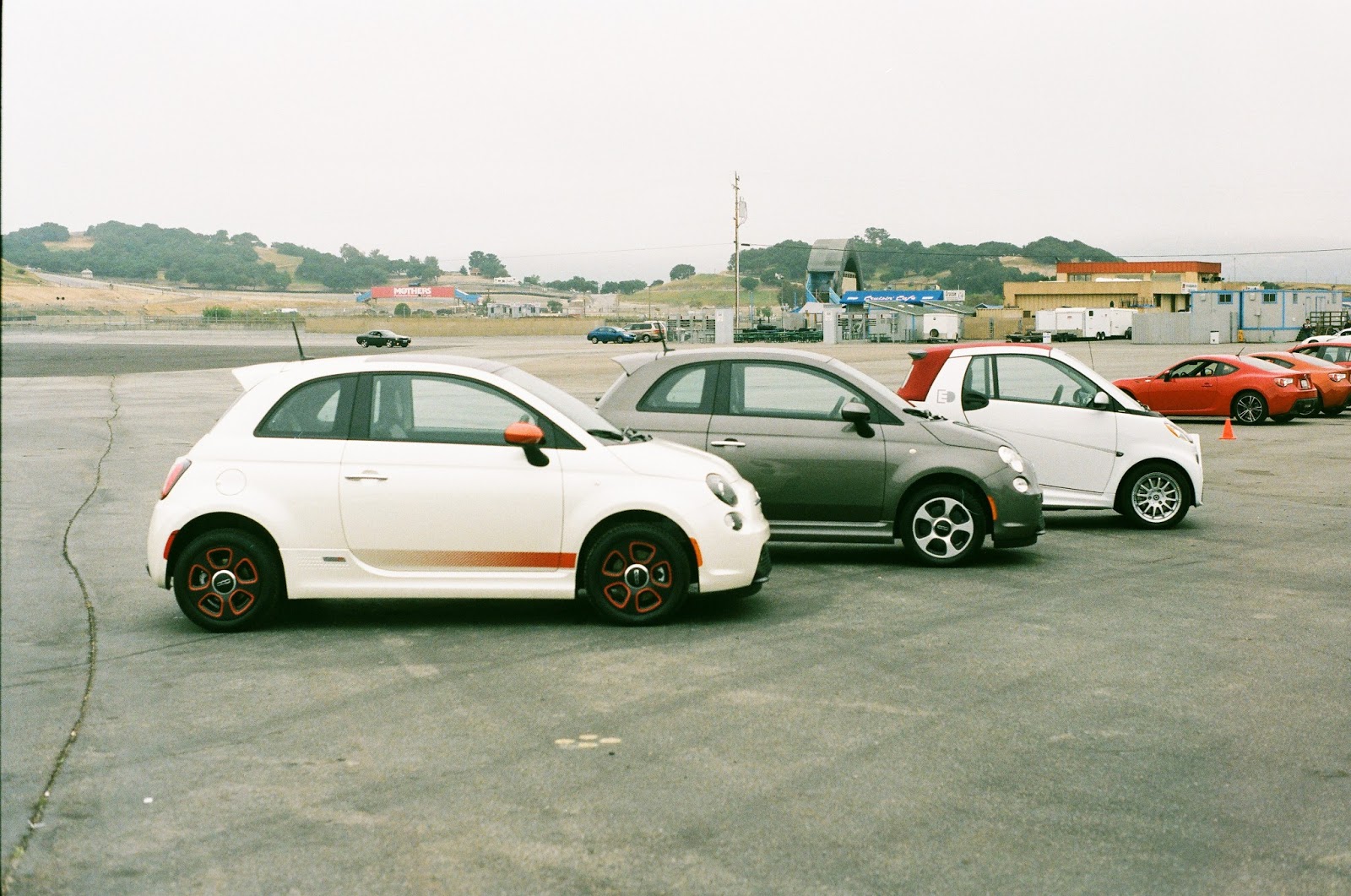 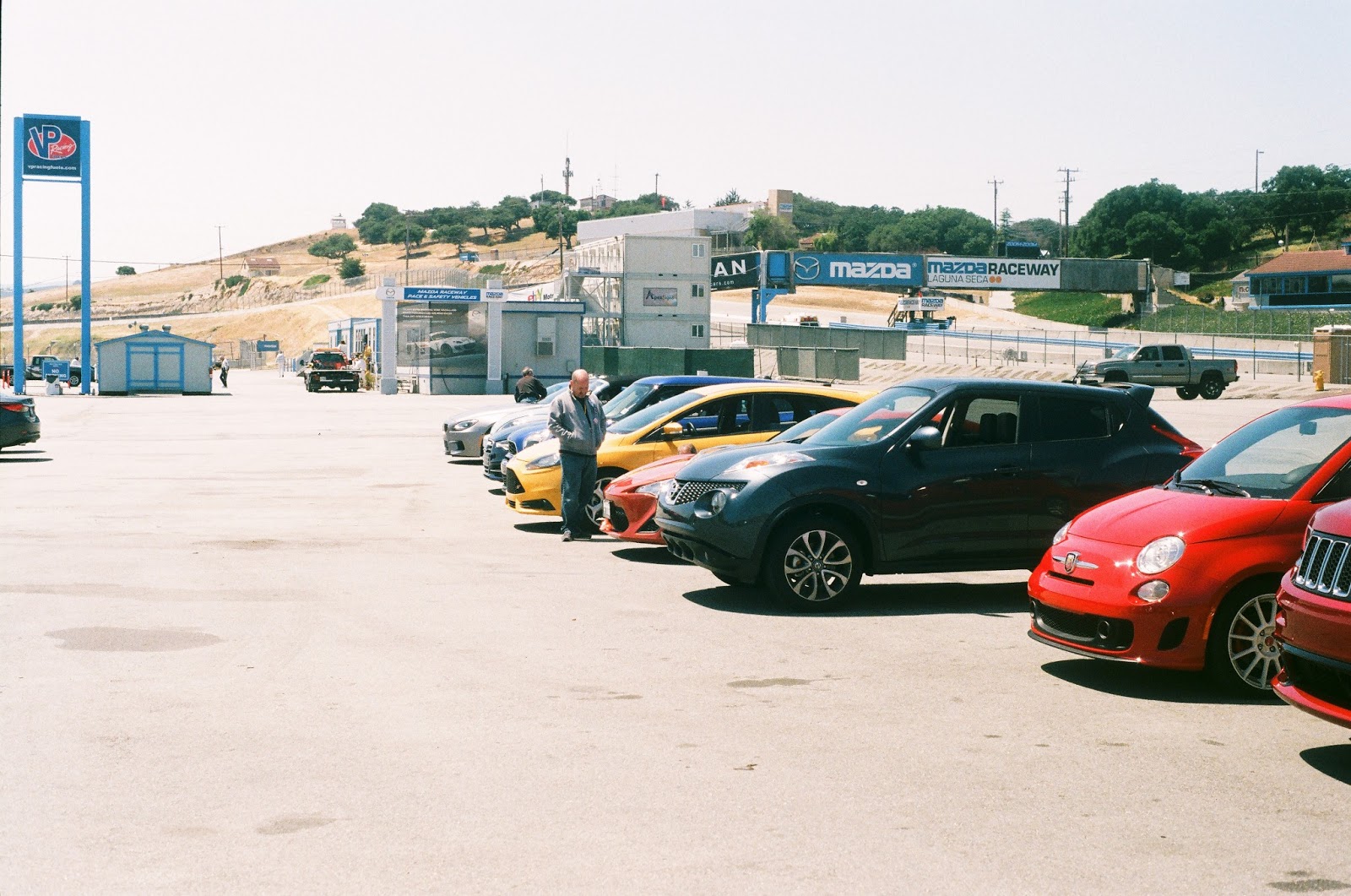 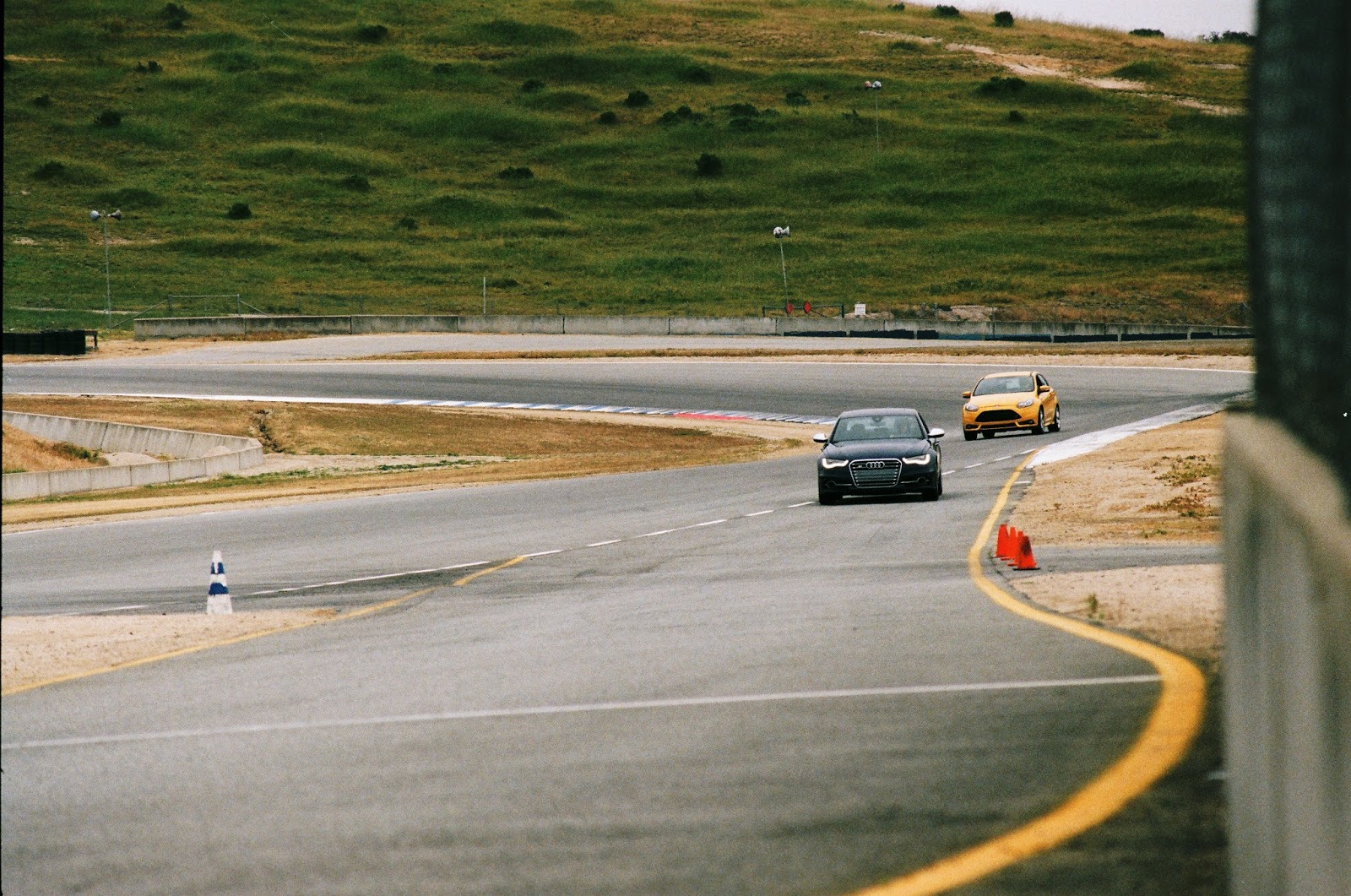 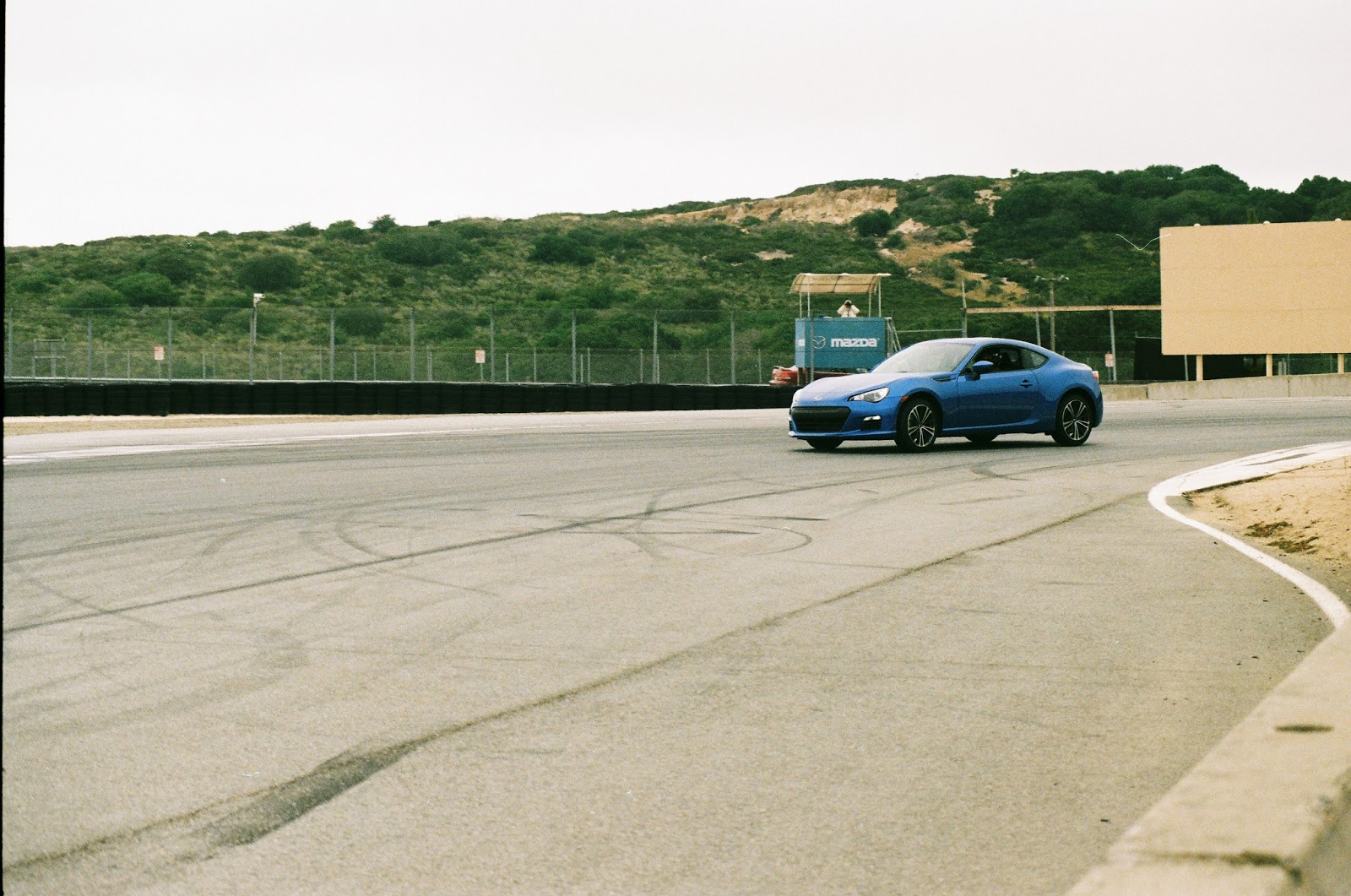 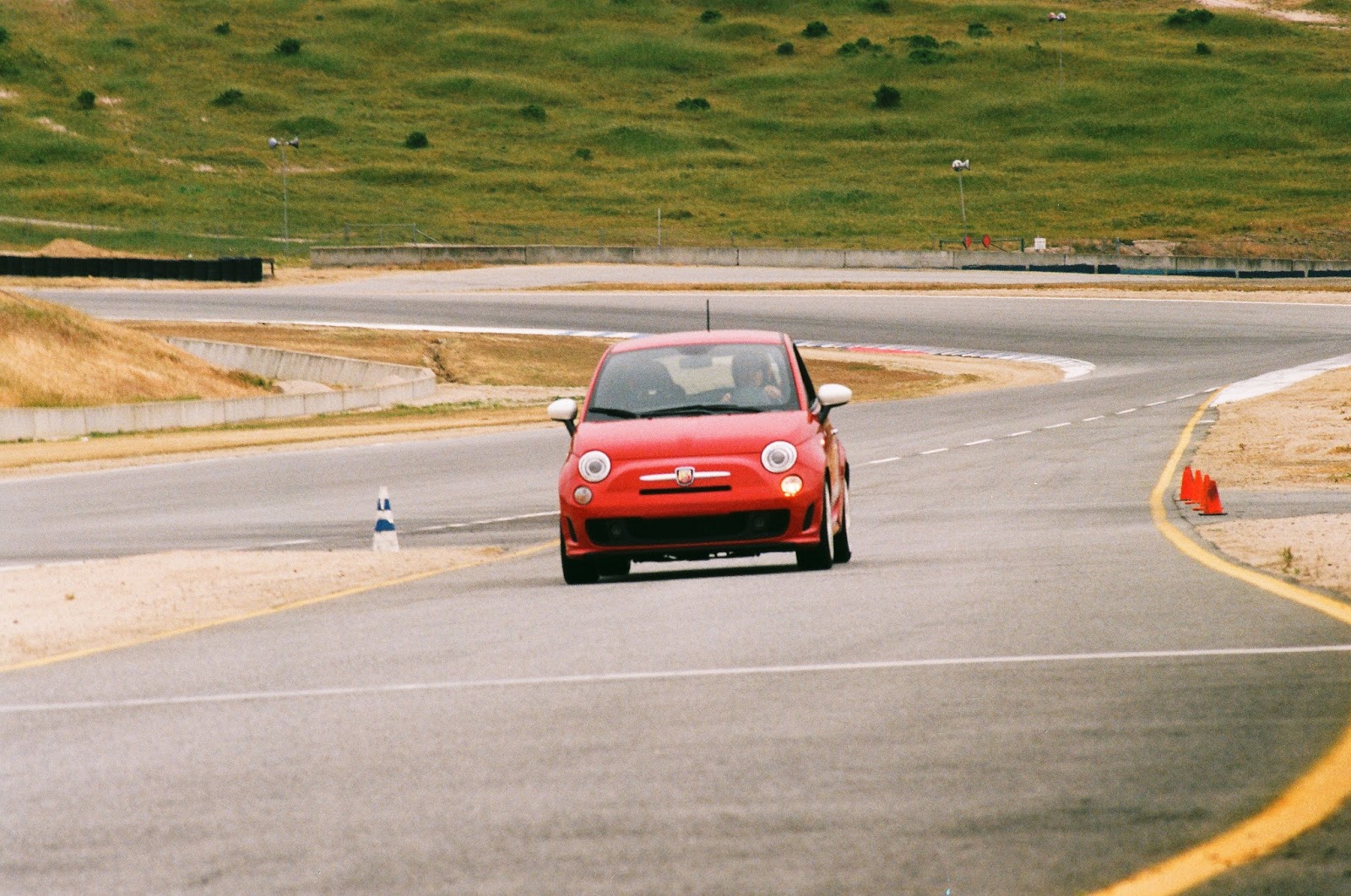 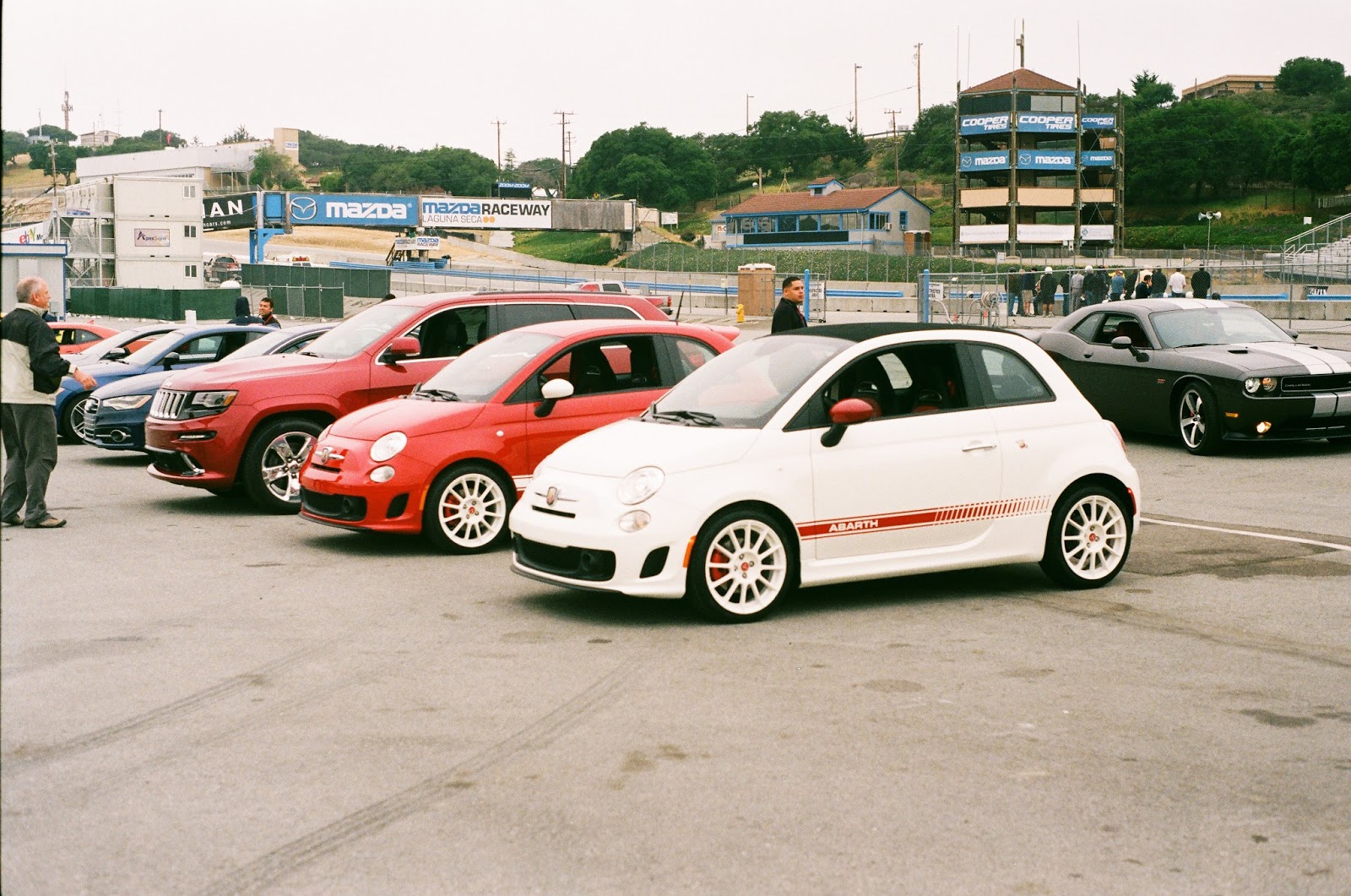 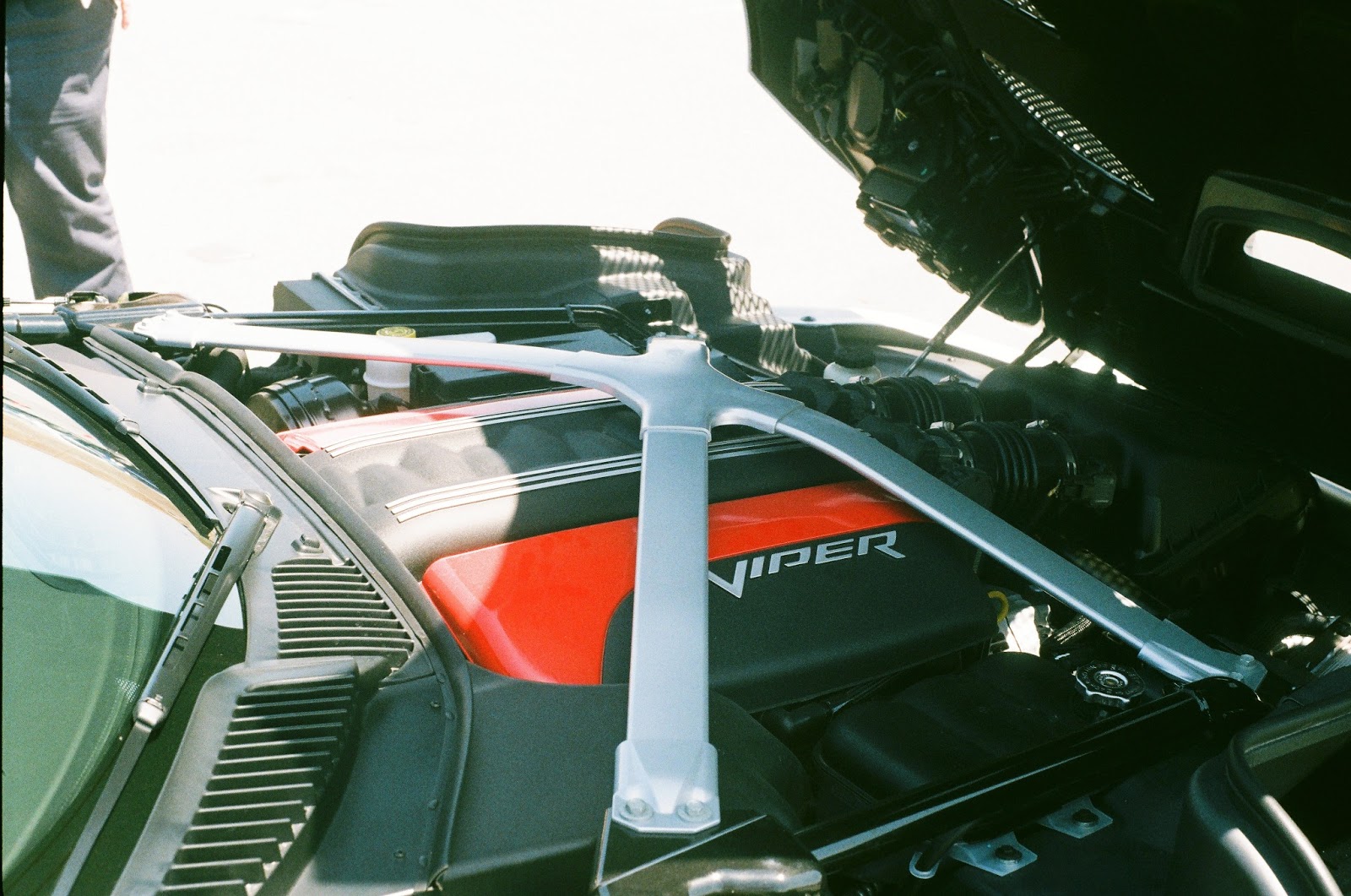 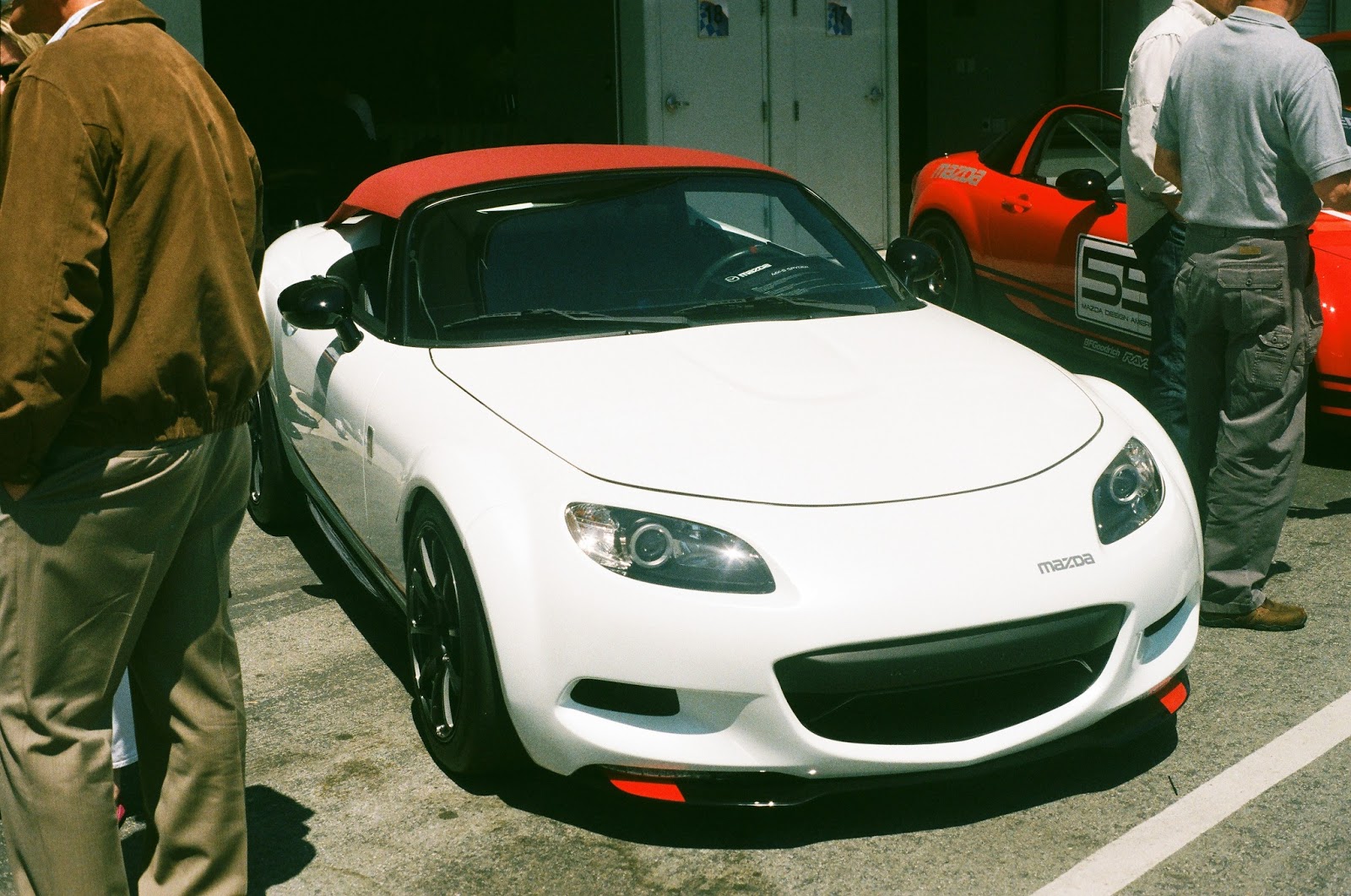 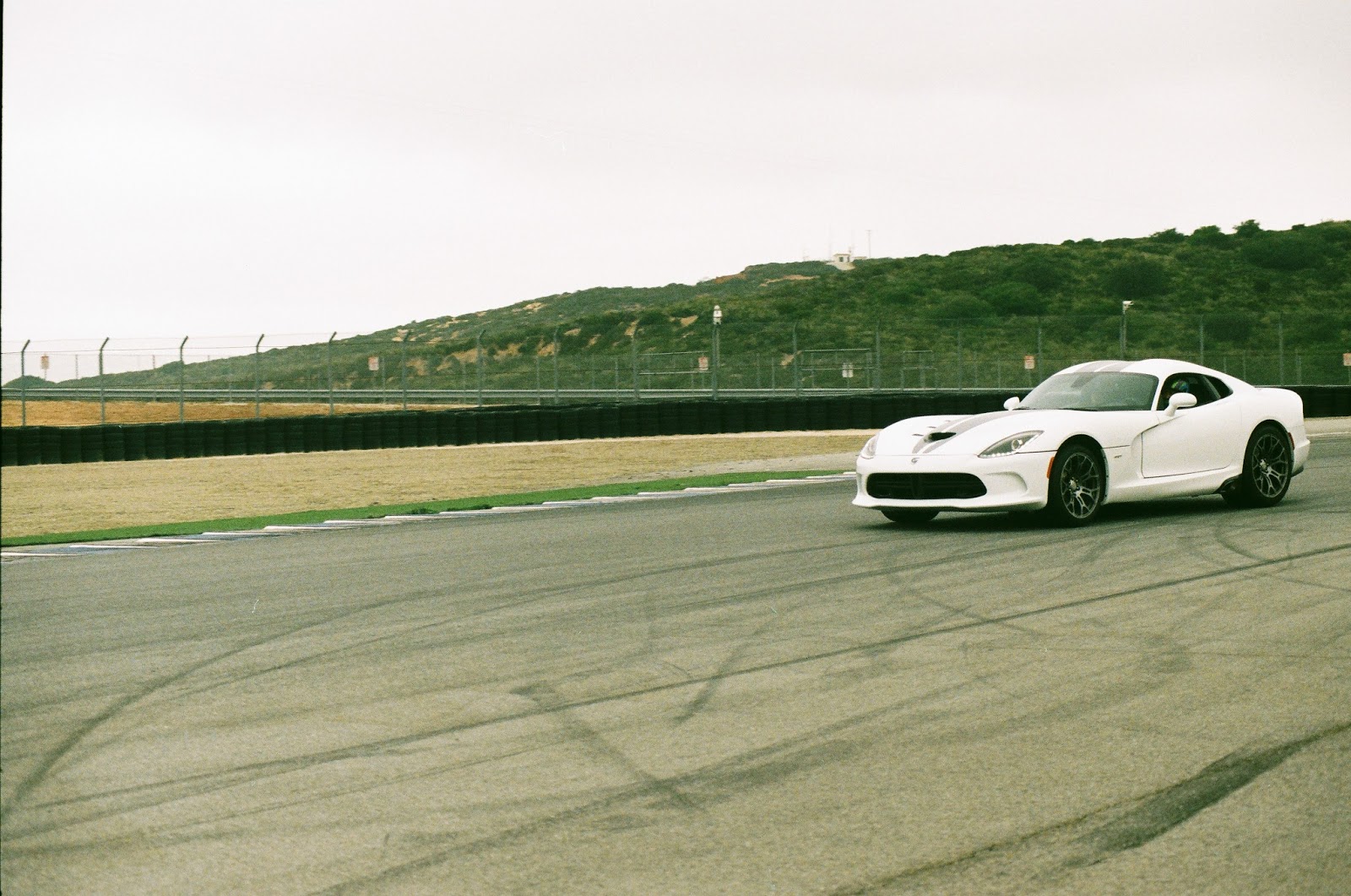 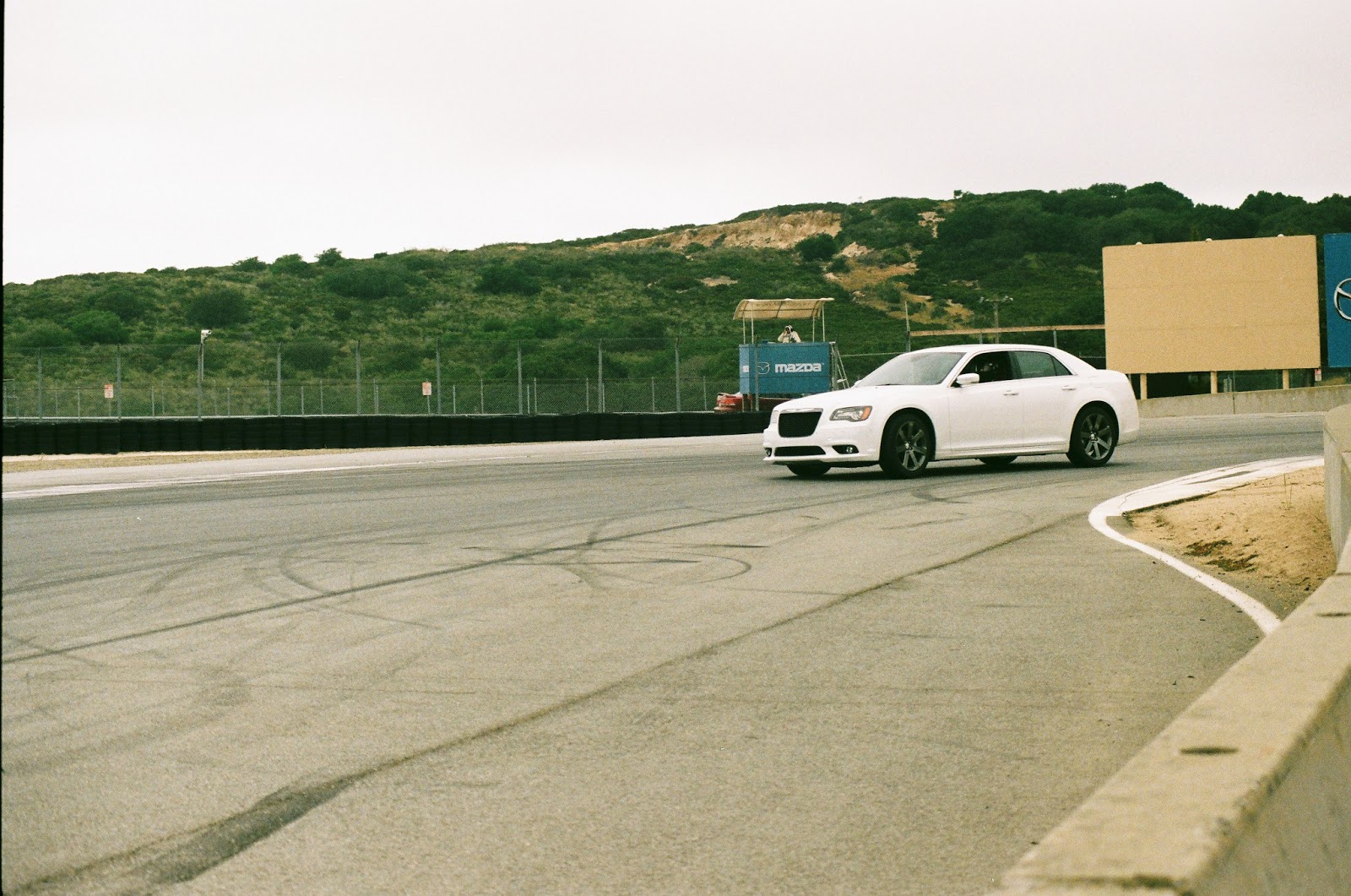 All in all it was a very good year for Media Days and me. As far as I know none of our members did anything terribly stupid while driving and the weather was excellent (people who live in Monterey were complaining because it was "hot" although it probably wasn't over 75).

There are so many people to thank for a successful Media Days - the Page One Automotive staff and Stuart Langager, STI Fleet Services, Hooked On Driving for keeping us all safe on the track, our gracious sponsors, the prize donors, the Lone Oak Lodge for providing quality, inexpensive alternate lodging, and the car companies who participated. To those auto makers who were not present, you missed a terrific event and I hope you all make it next year.

I'd like to give a special thanks to the two Rons, Harrison and Posey, who made Media Days special. If I had realized in advance what a great base the Hyatt was (I've been there but just for lunch and the Mecum Auctions) I might have brought Nadine along. I know some people miss the old hotel because of the large breakfast buffet but I thought the Hyatt added some much needed class to the event.