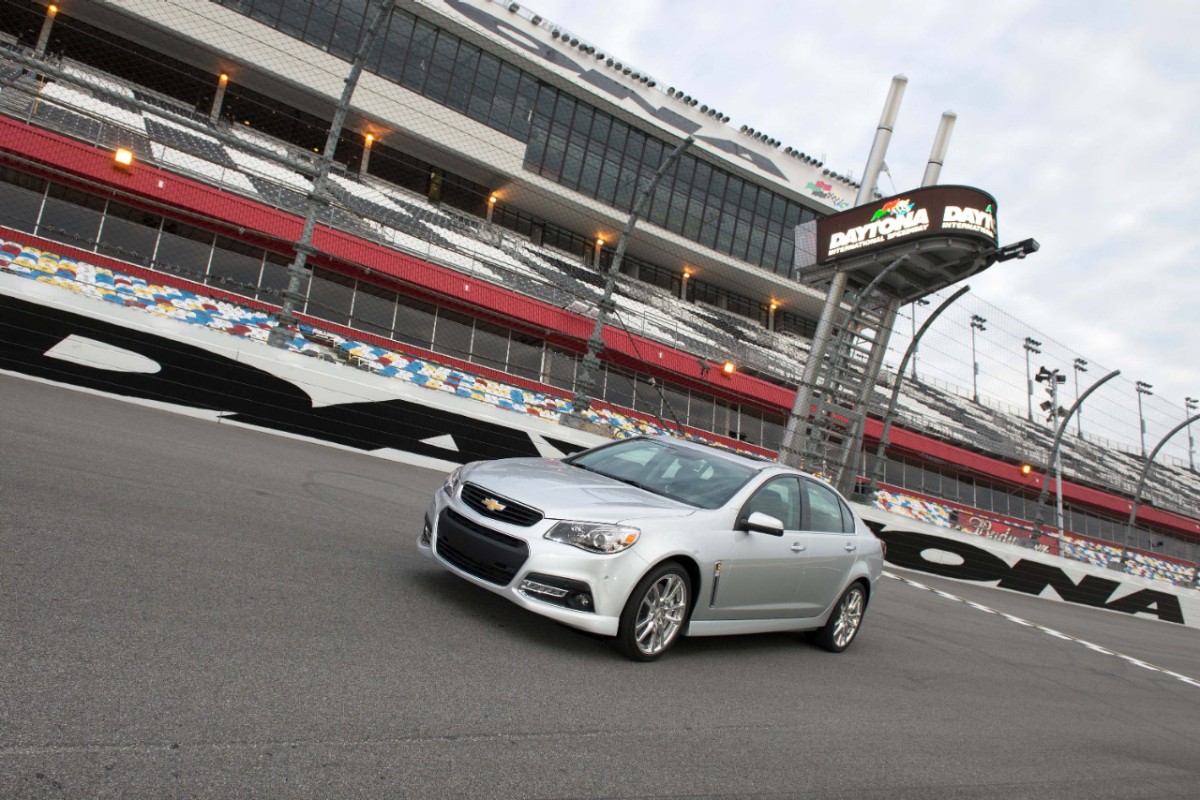 2014 Chevrolet SS @ Daytona
Anyone with an ounce of interest in hot cars has heard about the 2014 Chevrolet SS, the return of rear-wheel-drive to Chevrolet sedans. We've already seen it in action (more or less) at the recent Daytona 500 (let's face it that was no where near what you will be able to buy). It's one of the hits of this winter's auto shows and GM/Chevrolet is betting it will generate showroom traffic and a few sales. But will it be a hit or a miss? 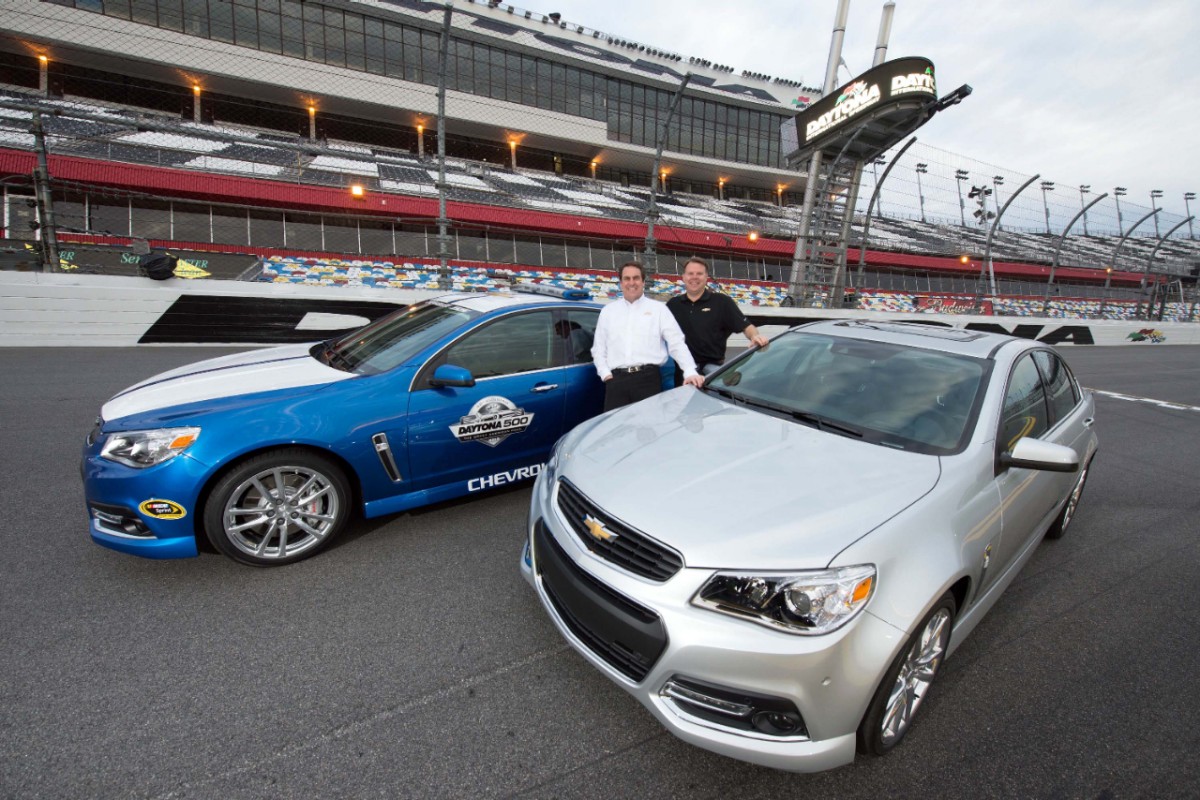 Chevrolet SS Pace Car and Street SS @ Daytona
So far all the auto pundits seem to be raving about the SS. I have not driven one yet and who knows if I ever  will (what with the dearth of press cars here in Vegas). It's got all the right stuff doesn't it? Big 6.2-liter, 415 hp, pushrod V8 up front driving through a manual transmission to the rear drive. Road gripping meats are all four corners and all that modern stuff to make sure even the dumbest won't find a telephone pole to wrap it around the first time they nail the pedal. It's got huge Brembo brakes too. 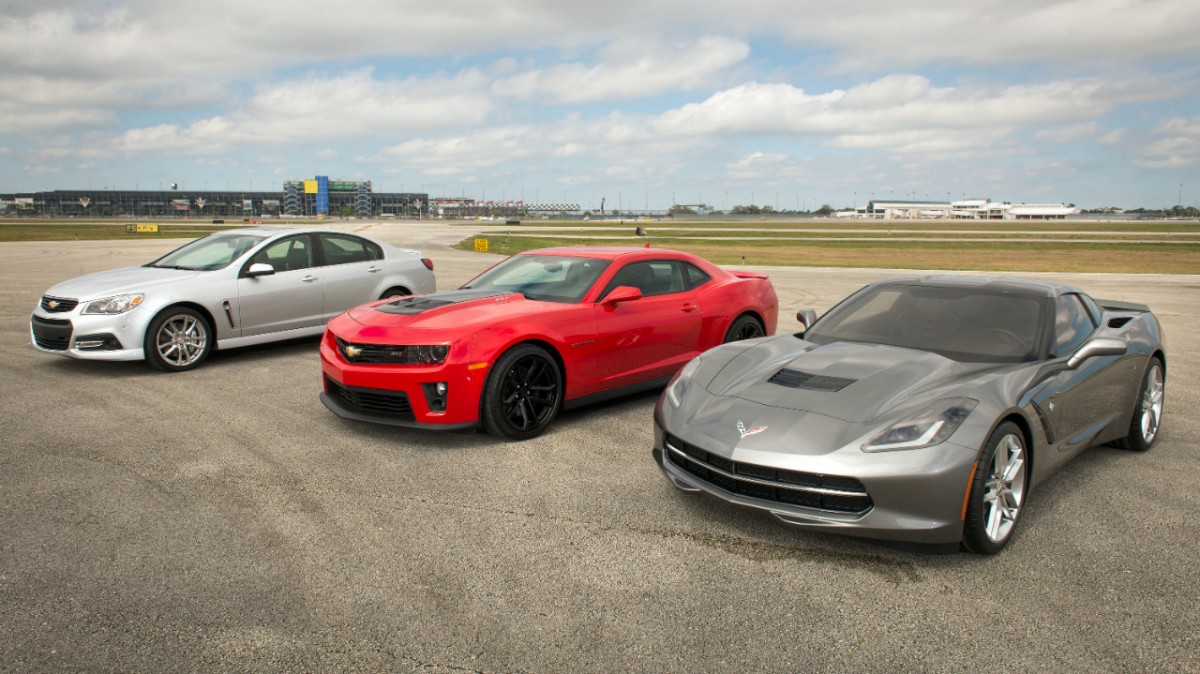 Chevrolet SS, Camaro & Corvette
The SS is coming to us from Australia just like the last Pontiac GTO and G8 (2008/2009). I have driven both the last version GTO and a G8. I know I drove a GTO, either a 2005 or 2006, on the street and once on a race course. It was an awesome street car but not so much on the track. The problem was weight. The GTO weighed around 3,700 lbs; the G8 with the V8 weighed just over two tons. Weight is an enemy when you try to turn corners quickly. 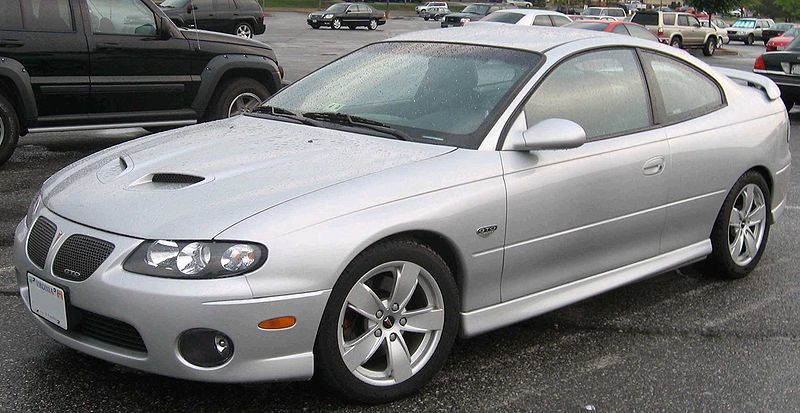 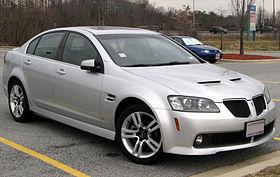 2009 Pontiac G8
As a "halo" car the SS should do okay and I think it will sell to men in my age group but I doubt that it will ever be a volume seller. And I'm not sure what good it does to appeal to us old farts. I hate to say it but this doesn't look good for the "new" General Motors. When you aim a car like this squarely at old white guys it may not be the brightest idea.

From my perspective the SS needs to lose at least 500 pounds. I couldn't find any weight specs for the 2014 SS but I'd expect it to weigh close to the G8, and that is way too much. If it's close to the G8's weight that is fine for cruising or highway travel but not good for anything else, including fuel economy. As the late, great Colin Chapman knew lightness equaled all-round performance.

I'll wait to make my final declaration until I get to drive a SS but for now I have my doubts.
Email Post