A couple of weeks ago I hit a pot hole with Nadine's 2002 Ford Focus ZX3. It bent the right front rim. I'm not talking about some stamped steel wheel here, I'm talking about a 16" alloy rim. I've been driving for almost 48 years. I have probably driven through dozens of pot holes. I have never bent a rim before. 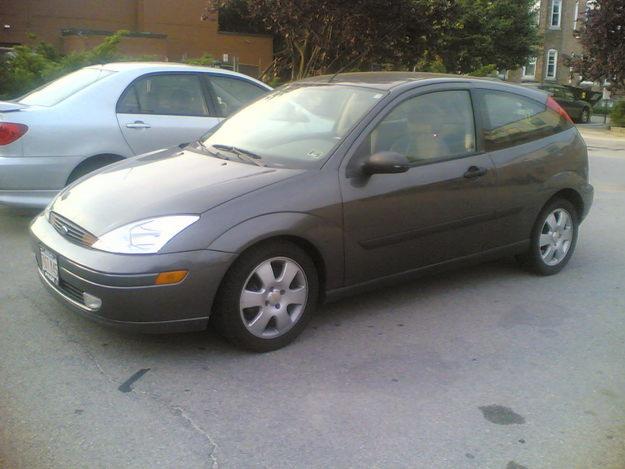 Not Nadine's car, but just like it.
I was lucky, I found a place that was able to straighten the rim for around $100. Considering that a used replacement rim runs almost $200 it was a deal. But it really irked me anyway. I went back and looked at that pothole and although it was bad it was far from the worst I've ever seen. So why the damage?

Let's lay the blame squarely where it belongs - those damn 16" rims and the ridiculous 205/50R16 tires. They come on the Focus ZX3 Premium Package. Why big rims with ultra low profile tires are "premium" is beyond me. (The profile of a tire is the ratio of the section width (widest part) versus the sidewall height; a 50 series tire has a side wall approximately 50% of the tread width.) Usually ultra low profile tires are part of a performance or handling package. We are definitely not talking about a performance package; this is an commuter car.

Why in the world are the car companies pushing these extreme rims and tires? They compromise ride quality and generally they are "performance tires" that do not last as long or perform as well in poor weather. As an example, Nadine's Focus has about 73,000 miles showing and it is on its third (almost used up) set of tires. She does not drive hard and I definitely do not in her car. There were two sets of four were Firestone Firehawks (original equipment) and the last four are from General. The next four will likely be from Michelin and I hope they last longer.

Often the lower profile the tire, the higher the price. For the Focus with the 16" tires there are few choices.

In my opinion suspension engineers have taken the easy way to increase ultimate handling. Instead of actually designing a suspension that handles they just slap on a set of wheels and tires that have almost no sidewall, thereby reduce flex, keeping the tread flat on the road. Of course this means no give when you hit something.
Normally you only notice the unforgiving sidewalls when you drive over say a TAR STRIP in the road. Like the princess who kept feeling the pea on the mattress, ultra low profile tires transmit every single pebble.

Many new cars with big rims (16" seems to be on the small side now) have phenomenal skid pad numbers, pulling "g" figures that only top sport cars used to be able to achieve. But really, how many people are really interested in pulling 0.9 g in their econobox? Aren't they more concerned with ride and tire life?

All of this may be great if you're building the ultimate handling car but in an economy commuter? Get real.

One other problem with many alloy wheels now, and it too is by design, is that the rim lip sticks out further than the tire sidewall. Remember when you used to see tire sidewalls that were all scuffed from being "curbed"? Not anymore; now you scrape you expensive rim. Thank you once again.

Maybe I should blame Mickey Thompson for introducing those 12" low profile racing tires at Indy in 1963. Mickey started it all. 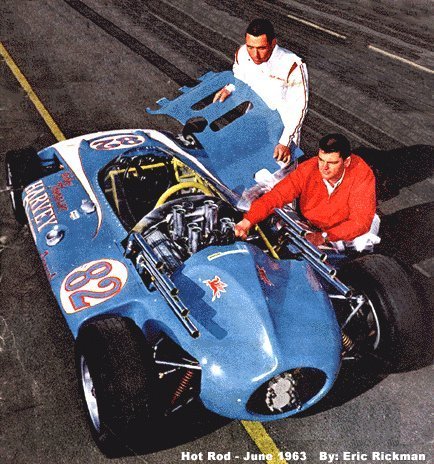 I'd like to see auto makers bring a little sanity to rim and tire sizes. I'd like tires that are more compliant and last a whole lot longer, at least on daily drivers. If I want a street/race car, I'll buy one and put up with the short-comings of high performance, ultra low profile tires.