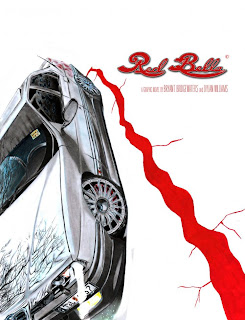 My good friend Cindy Meitle with CAR PR USA turned me on to this incredible book, "Red Bella." Bryant Bridgewaters is the artist for the graphic novel series titled "Red Bella". It is the only published graphic novel in the world to feature Alfa Romeo cars. 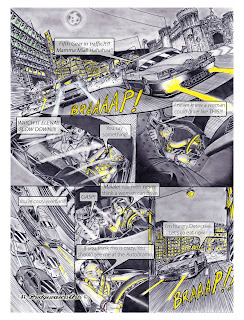 “Red Bella” is the story of a young Italian girl named Elena Rossalini. When she is not at her depressing day job working as paralegal for a corrupt law firm, she is consumed by her desire to destroy those who she believes will get away with crime.

As the plot thickens, things are not as they seem to be. Corruption and Conspiracy affect her life as she carries out the most violent form of justice ever recorded.
The car Elena drives is a 164Q which, is portrayed very prominently throughout each book in the series. There are other Alfas which are depicted as well. The recently released volume 2 of “Red Bella” is 82 pages long and in full color.
Email Post