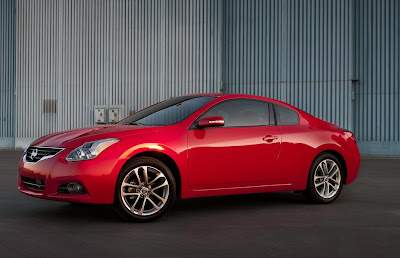 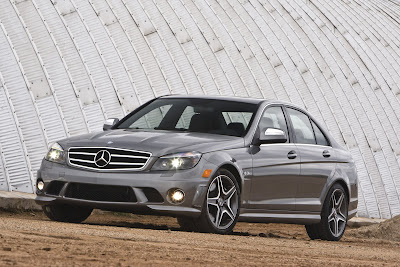 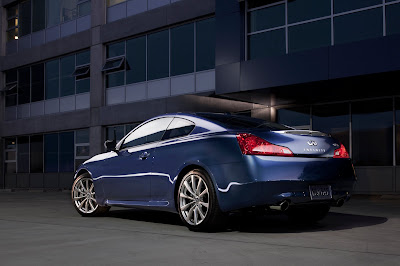 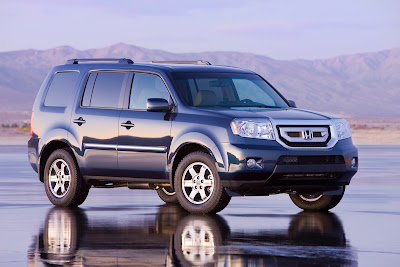 For years I've been collecting Hilton Honor Points, mostly from business trips. So for spring break we went to Palm Springs for some warm weather. It was kind of weird at the hotel - there were tons of families (spring break), Children Survivors of the Holocaust, and the 21st White Party, one of Palm Springs highest tourist revenue events.

We didn't want to fly (both cost and a fear of flying) so we had to get a car to drive - something comfortable and not terrible fuel economy. I was slated for a 2010 Honda Pilot so I asked Honda if I could drive it to Palm Springs and back (almost 1,000 miles). Graciously Honda said yes.

Now it may seem odd for two people to take a seven passenger vehicle but I wasn't going to argue. The Pilot is large, at least for Honda, and it was very comfortable. Economical is subjective - it's rated at 22-mpg highway, which is just about what I got. The V6 has cylinder deactivation that aids in economy.

I got to say that if you need a big family vehicle, the Pilot deserves your attention. Some of you will not be impressed that only a V6 is available - shame on you. Honda makes if not the best V6s, at least the equal of the best. The 3.5-liter engine makes 250 hp.

Out the door, the 4WD Touring Pilot hit just around $41,000 but it had just about everything you could want.
---
I recently got to drive a bright red, 2010 Infiniti G37S Convertible. Whew! What a car. I'm sure this G37 is just about a one off - it was equipped with a 6-speed manual transmission.

The G37 Convertible is a "hardtop" convertible, a retractable. I always worry about these things, based on the retractables of my youth, that they are going to be nothing but trouble. From what I've heard and read, my fears are groundless. You get the best of both worlds; a hardtop to keep you snug and warm, and a drop top for that wind in your hair (personally i am not a convertible guy).

It amazes me that V6s today are so strong (this 3.7-liter makes 325 hp), so flexible, and economical. The G37 is no lightweight, and it goes like stink, yet it is capable of 24-mpg. And it makes great sounds.

One thing the G37S Convertible is not is cheap but given what you get, $50,000 is not bad.
---
This last weekend was the Half Moon Bay Dream Machines, the premier car show on the Peninsula. I'll write up my impressions of the show later but I have to give a huge thank you to Mercedes-Benz and the lovely Larkin Hill for lending me a great ride.

I go as an entrant every year and I try to get an interesting car. Remember, this is a hot rod event. I had hoped to get a 2011 Mustang GT 5.0 but for whatever reason it wasn't available.

I only had the C63 for two days; I probably would have lost my license if I had it any longer. Sunday morning, before heading down to the Half Moon Bay Airport for the show, I gave the C63 a quick wash and blow dry - at 110 mph.

Damn I love performance!
---
Right now I'm driving a Nissan Altima Coupe 2.5. It's a nice looking car but maybe I'm getting old, coupes just don't do it for me anymore.

The Altima is a really nice car. The 2.5-liter 4-cylinder is powerful enough to so that you'll never be embarrassed and the economy is terrific; rated at 32-mpg highway.

Nissan gets points for not putting a full zoot version in the fleet. This car is probably more like what "real" people will buy - 4-cylinder, fabric seats, no GPS, etc. This doesn't mean it doesn't have the essentials - good sound system with satellite radio, inputs for MP3, CD player, cruise control, automatic climate control, and more.