Driven Radio Show - Worth a listen 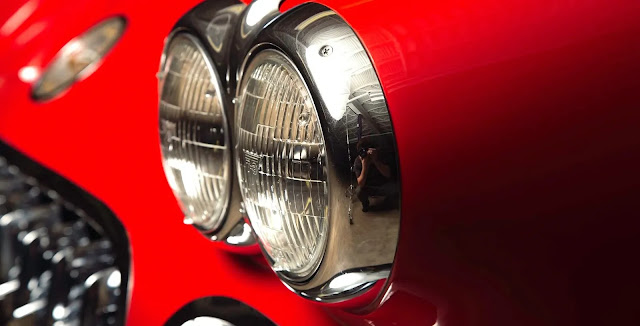 I like to seek out things that speak to my interests, of which classic cars are a big one. The Driven Radio Show (https://www.drivenradioshow.com/ or wherever you get your podcasts) is a great podcast that's been around for a few years now. It's about...you guessed it...cars! The people who work within the space, people who collect cars, people who put on car events...you get the picture. Host Brett Hatfield is the quintessential car guy's car guy with a lot to say. He's still got the vintage Corvette his father gave him when he was young (which he proudly flaunts on his home page) but that doesn't limit his taste for multiple marques. He writes for GM Authority and is also Senior Auction Analyst for Keith Martin's Sports Car Market magazine which sends him on interesting journeys around the country throughout the year as he covers the top live auctions.

With co-host Mark L. Groves, Brett interviews interesting people each week, posting new episodes on Saturdays. It is fun to list to the shows while out running errands, or while in the garage tinkering. Heck, it's even fun to set the phone on the counter and listen while you're in the shower! Brett's easy to listen to, and God knows there's a lot of podcasters out there who sound like nails on a chalkboard.

Driven Radio Show podcast guests are diverse and have included names like Alan Galbraith, founder of the quirky Concours d'Lemons car show with awards like Worst of Show, originally held during Monterey Car Week each year that has expanded to include multiple shows around the world. Keith Martin, publisher of Sports Car Market Magazine, was a recent guest and talked about how car buying options have evolved from grabbing an Auto Trader at the local store to shopping online with thousands of options, and how classic car auctions have evolved from a handful of live-only events to numerous online auctions with participants from all over the world who give good feedback when opportunity exists to comment on the vehicle for sale (such as Bring a Trailer).

For something different, Brett even interviewed another podcaster, Mark Greene of Cars Yeah, known for his interviews with several thousand personalities within the car space. In each case, Brett always asks his guest the same question, "What's the dumbest thing you've ever done in a car." This alone is worth tuning in as some of the responses are pretty darn amazing.

In a world with negativity and drama being thrown at us left and right, the Driven Radio Show podcast is a refreshing escape. Check it out, and don't forget to subscribe.