Is the Honda Passport Trailsport the forgotten Honda SUV? It shouldn't be. 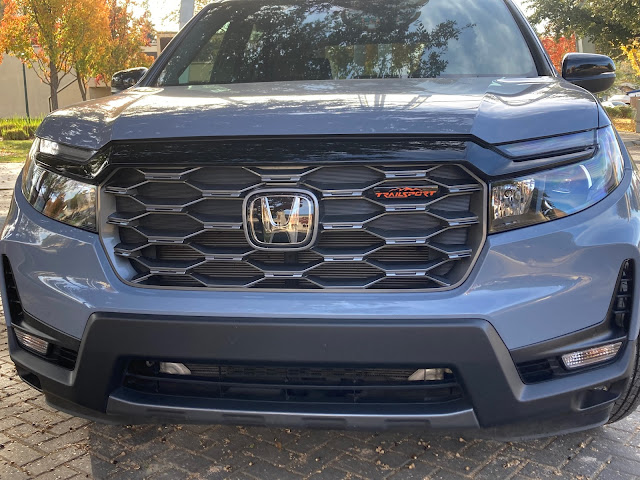 It's getting so there really isn't much difference from one SUV to another. Sort them by size and compare one to its competition. They all have copious storage, seating for up to eight (depending on size and seat arrangement).

You could check to see which ones have the best reliability ratings but in my opinion there isn't a bad one out there. You could decide based on fuel economy but within a specific size range there isn't much difference. So it comes down to personal preference.

If you preference is for a Honda you have a few choices, from compact (HR-V) to the top of the line, the Passport.

Top of the line you ask? I had the same question. From what I can tell the Passport is slightly more expensive than the Pilot; yet the Pilot is slightly larger (in some dimensions) than the Passport. Confused yet? It's a good thing I'm not in charge of marketing because having two vehicles this similar doesn't make sense to me. Obviously it makes sense to Honda.

But enough of my mental wanderings. On to the subject at hand, a 2022 Honda Passport AWD Trailsport. 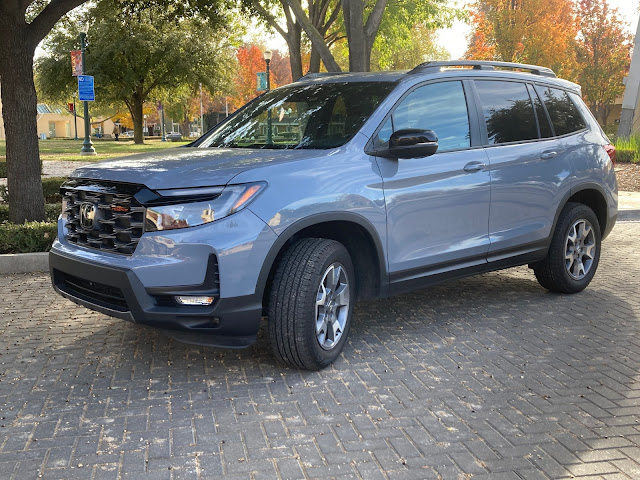 Under the hood is a 3.5-liter (3,471 cc) SOHC V6 that produces 280 hp and 262 lb-ft of torque. The power flows through a 9-speed automatic transmission to all four wheels via Honda's Intelligent Variable Torque Management AWD System. In other words the Passport directs traction where it is needed. 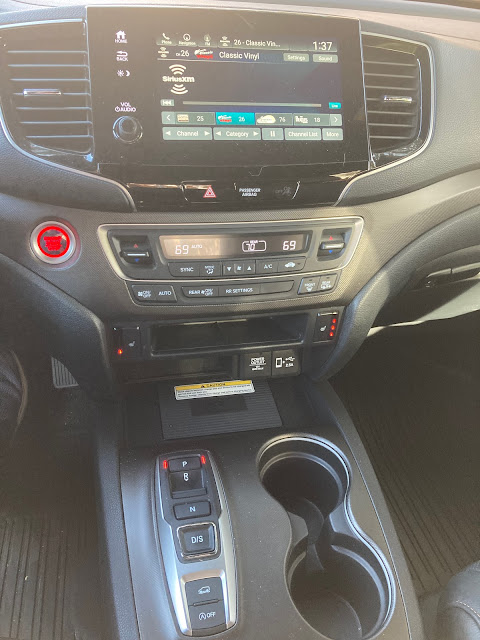 You can change the transmission's settings to 'Sport' with Honda's array of gear-shift buttons. Sport does seem to tighten up the transmission but I didn't like the way it hung on to a gear - for example drive at35 mph and the transmission will only upshift so far and then it just hangs on. If you use the paddle shifters you can run it through the gears. 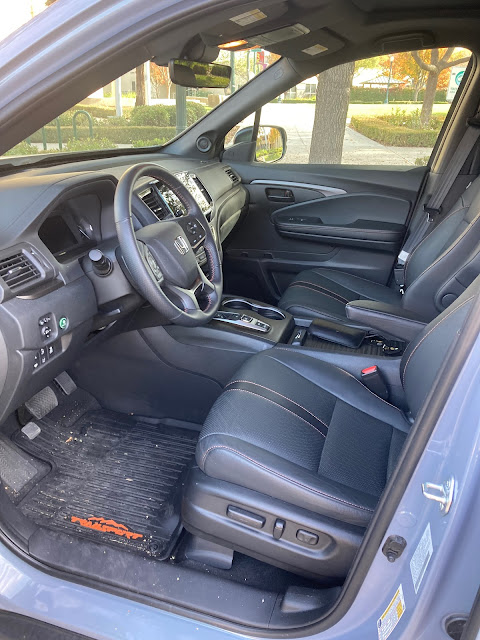 One big difference between the Passport and the Pilot is seating capacity - the Passport seats a maximum of five people. I found the driver's seat comfortable on a 90 minute drive and I heard no complaints from my back seat passenger. The Passport is comfortable without being plush. Everything looked easy to clean, something that would be appreciated if you take the Passport Trailsport off-road, have children, or pets. The all-season floor mats, part of the Trailsport package, looked like they could handle snowy, mucky boots with ease. 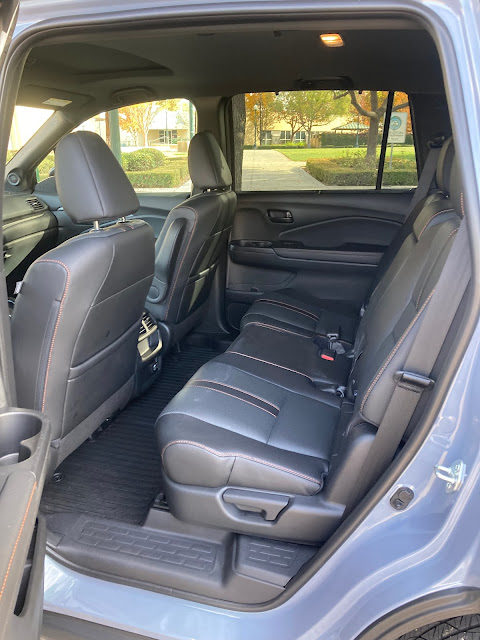 I drove the Passport Trailsport on a mostly highway round trip run of about 140 miles and averaged 27.3 mpg, well above the EPA's highway mileage of 24 mpg, but my around town mileage at about 14 mpg was well below the EPA's of 19. You win some, you lose some. 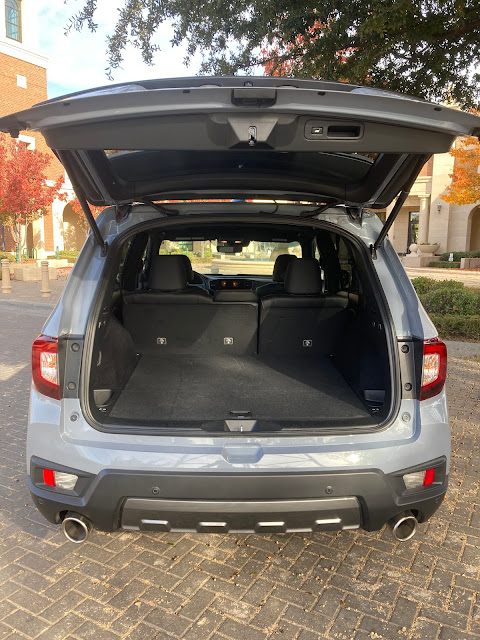 There is up to 50.5 cubic feet of storage behind the rear seats and up to 100.8 if the rear seats are folded flat. That's enough room for your gear inside but maybe you should put your skis on the roof. The Passport will tow up to 5,000 lbs.

As I wrote at the beginning there isn't much difference between SUVs. Honda favorably compares the Passport to the Toyota 4Runner. I won't do that, to me they are different vehicles, each with its strong points. I wouldn't discount either.

You'll notice I haven't mentioned acceleration times. There's no reason to do so but as the Cranberries' album title said "Everybody Else Is Doing It, So Why Can't We", so if you have to know a 2023 Passport Trailsport (same mechanicals as the 2022) got to 60 mph in six seconds flat.

Now let's look at price. The test Passport Trailsport was $42,970. For comparison the 2023 price is shown as $43,600. The only option on the test Passport was Sonic Gray paint (I'd call it battleship gray) for an additional $395. Two colors, Crystal Black Pearl and Lunar Silver Metallic, are no extra cost.

So if you decide that the Passport Trailsport is right for you go try one. It's a well made vehicle and Honda has an excellent reputation. 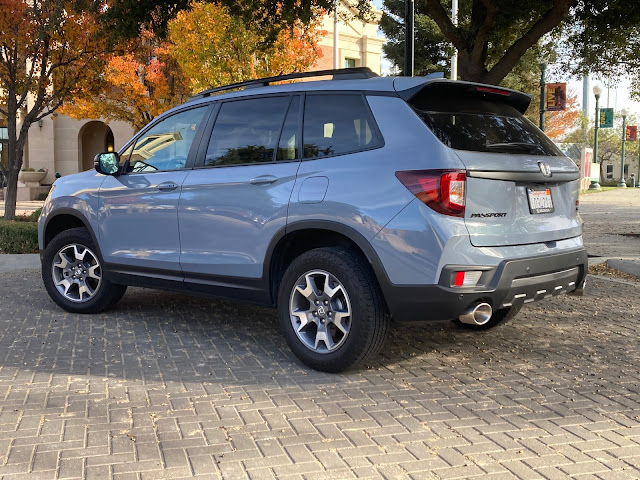