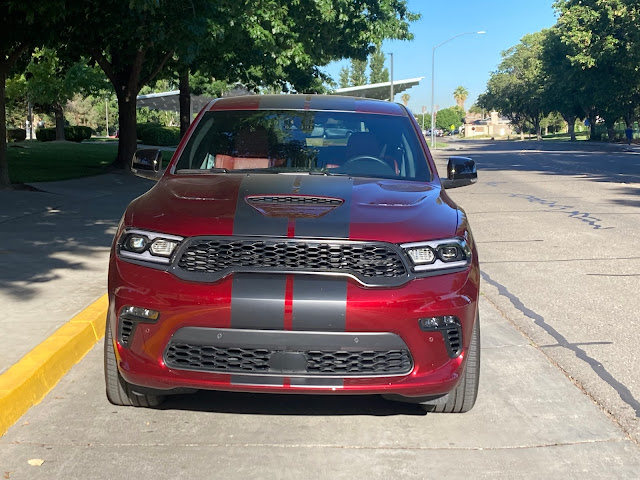 There are a few iterations of the new Hemi (as opposed to the old and really old Hemis), a range of sizes power outputs. The Durango SRT has the 392, a nod towards the late, great Chrysler 392 hemi from 65 years ago. So you don't see a metric (6.4-liter) insignia on the fender of the Durango SRT, Dodge proudly places a 392 emblem on each front fender. 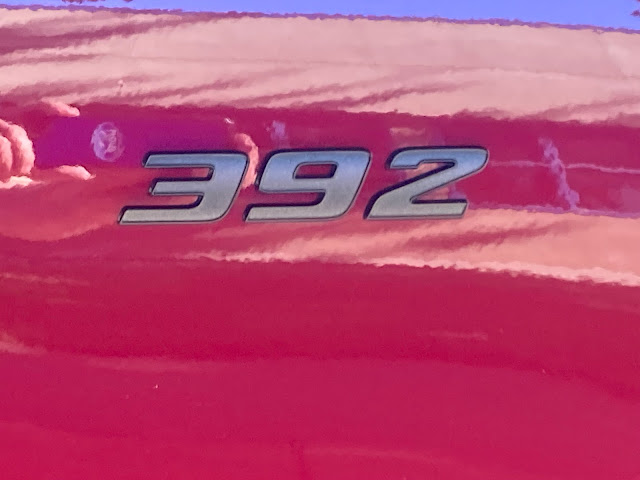 The 392 in the Durango SRT is rated at 475 hp @ 6,000 rpm and 470 lb-ft of torque @4,300 rpm. The power is delivered to all four tires through an 8-speed automatic transmission and a single-speed, electronically proportioning transfer case.

There is a large menu of choices for how all of this works - Track, Sport, Auto, Snow, Custom. Auto is the default and it provides better economy and smoother shifts. I wish Sport could be set as default because I liked it best but I'm sure Auto gives the best results for the government tests. You can even access a screen that let's you try your hand at performance testing (I didn't indulge because I value my driver's license). Someone posted a 0-60 time of 5.9 seconds; that's far off Car and Driver's time of 4.1 seconds. They (CD) also saw a 1/4 mile time of 12.7 seconds @ 106 mph.

To gild the lily there is always a nice rumble from the exhaust. Just enough to let others know you could kick butt if you wanted.

To stop the 5,378 lb. SRT, Dodge installs 6-piston Brembo calipers with 15" rotors on the front, and 4-piston Brembo calipers with 13.78" rotors on the rear. Trust me this thing stops!
The proof that the Durango SRT is more sport than utility is not only under the hood, it's in the cabin. Although it still has the utility of 2nd and 3rd row folding seats the front seats show their sporting heritage with side bolsters. 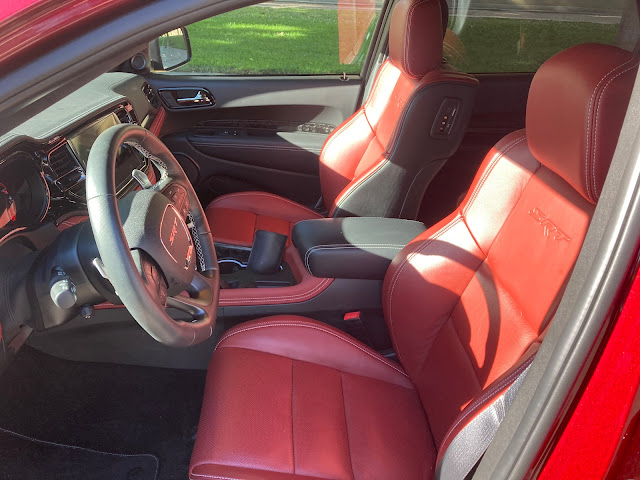 Although climbing into the 3rd row will still needs some agility there appeared to be enough legroom back there (no I didn't try it out).
In the SRT there are seats for 6 - two up front, two in the 2nd row, and two in the rear. The 2nd row was almost as comfortable as the fronts.

Surprisingly given the sporty nature and the P295/45ZR20 Pirelli Scorpion All-Season tires the ride, although firm, was not harsh.

Did I hear you ask "How is the fuel economy?" Really, that's what you're interested in? I'll admit I can be a hypocrite at times, and the Durango SRT is one of those times. The grin factor outweighs the fuel economy worries. EPA says it will get 13-mpg around town and 19 on the highway. On my round trip of 77.1 miles I averaged 17.1-mpg. Premium fuel is required. But hey, if you want better fuel economy don't buy a big V8!

You can tow up to 8,700 lbs. I don't want to see you towing anything dorky - a nice ski boat would look good.

Yeah it's a lot of money. And I can't afford it. But I wish I could. The Durango SRT is just what this old guy needs to feel young again. 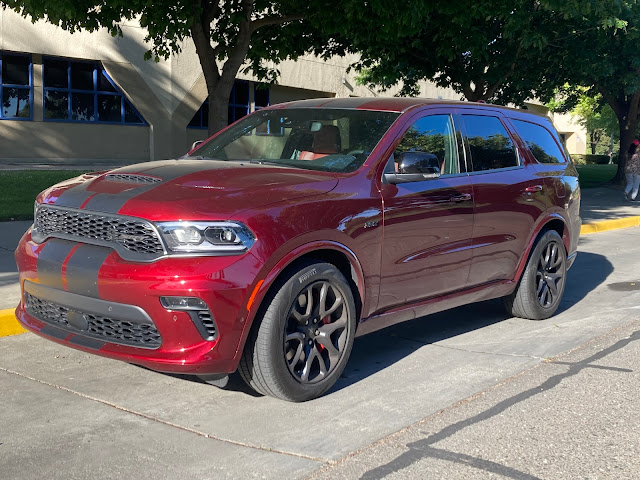