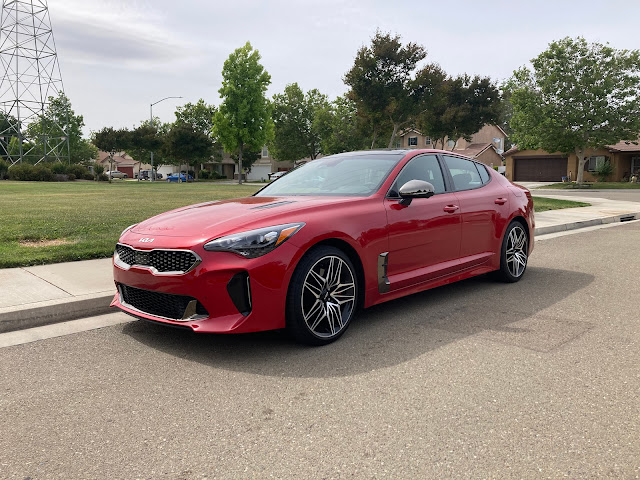 In February 2022 I reviewed a Kia GT-Line Stinger. I was impressed. Well now I just got out of a GT2 Stinger and I am more impressed. Funny how extra horsepower will do that.

Much of what I wrote in my review of the GT-Line holds true for the GT2. See the article here: https://www.brucehotchkiss.net/2022/02/ive-been-stung-2022-kia-stinger-gt-line.html 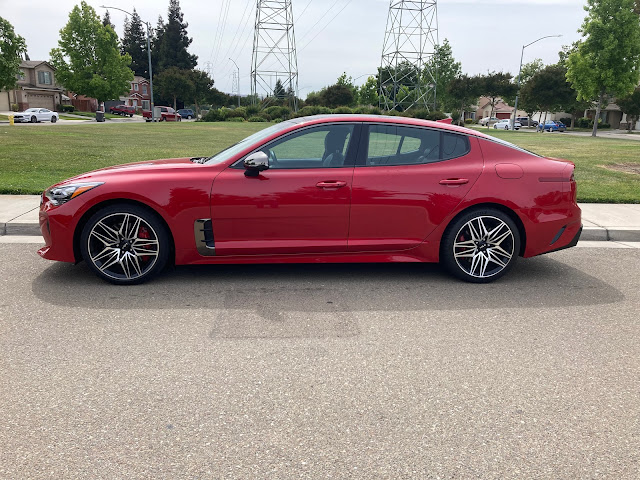 I read one review of the GT2 that said it was too expensive for a "Kia badged" car. Really? That sounds rather elitist. I think that by now Kia has proven itself. If the GT2 had no identification, if you didn't know it was a Kia, what would you think the price might be?

The test Stinger was $53,110. That includes $755 in options and $$1,045 for freight. Compare that to other makes and models that have comparable performance. It is in the ball park.

Now I'm not going to say that the GT2 can compete on a race course with most of the cars favored by those who think every street car should be a race car in disguise. I'm not going to say that because I do not drive any of the cars I test on a track, and I'm not exactly a race driver. But I'd venture a guess that well over 90% of the performance cars sold never see a race track unless its from the spectator parking lot.

What do you expect from a GT, a Gran Turismo, vehicle? Understand that a GT is intended for high speed and long-distance driving, with a combination of performance and luxury. In days gone by some GTs were also virtually a race car right from the dealer but the days of driving your car to the track, taping over the headlights, putting some numbers on the door and having a decent chance at a good showing are long gone.

There is definitely performance. With a stated top speed of up to 167 miles per hour (with 19" summer tires), and a 1/4 mile time of about 13 seconds the GT2 is no slouch.

Part of luxury is comfort. The Stinger GT2 was very comfortable once I got my creaky bones in the driver's seat. I was really impressed with the ride comfort, especially in light of the 255/35 ZR19 Michelins. No harsh ride. 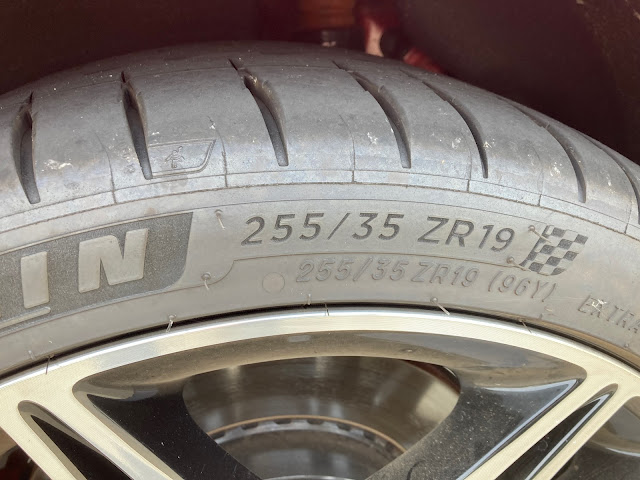 Another complaint I saw was that the fuel economy just wasn't that great. No it isn't great. It is rated at 25-mpg on the highway and 18-mpg around town. It's difficult to do a direct comparison because there aren't that many GT 4-door sedans out there. There is a V8 model with about the same horsepower and it's fuel economy rating is just about the same. And if you want better economy go with the 4-cylinder.

Me? I'd take a Stinger GT2 in a heartbeat if I could afford it. Just about the only negative I found was a personal problem - it's getting more difficult for me to get in or out of a car like the Stinger every day. 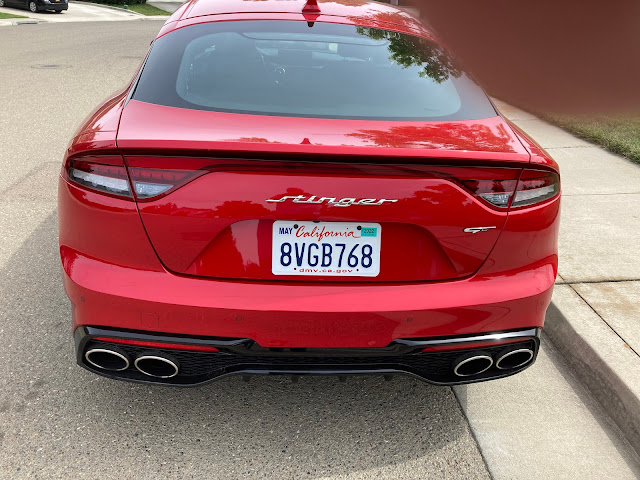