If you put a Jeep in a nice suit what do you get? A 2022 Grand Cherokee Two Row Summit Reserve 4X4! 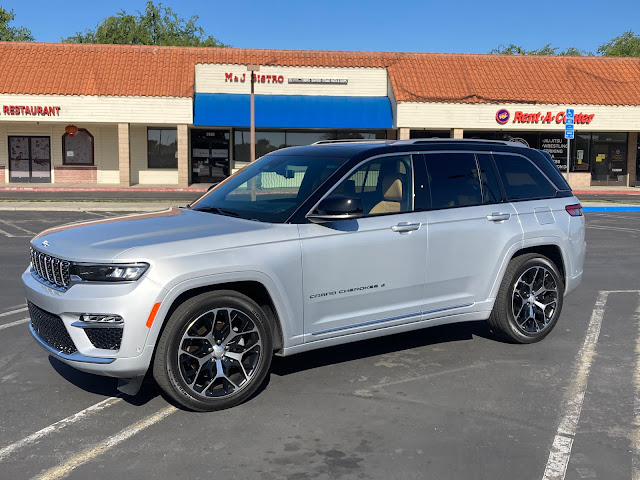 I'm not a SUV kind of a guy. I don't hanker to get off-road. It just isn't my thing. I suspect that the vast majority of classy 4X4 owners probably agree with me, at least about going off-road. But I know that the Jeep folks make every single 4X4 as good as it can be in the rough stuff. One reason I think most owners will not go 'wheelin' is that the Grand Cherokee is just too darn good-looking to risk scratching or mucking it up.

Let's face it, pretty is not the first word that comes to mind when you think of a Jeep. Rugged, utilitarian, and ready to take you anywhere in any weather, that's what a 4X4 used to be. But there are only so many potential buyers for that rough and ready SUV. Hence the modern SUV - pretty.

That gets us to the 2022 Grand Cherokee, a really nice SUV. The test version had the optional 5.7-liter V8 Hemi engine rated at 357-hp, mated to an 8-speed automatic delivering power through a 2-speed transfer case. I never engaged 4WD but it was there at the touch of a button if needed. There is all kinds of drive modes and ride height, I used two - Auto or Sport for the drive mode, and often the lowest ride height. In Auto mode the ride was softer, and the transmission upshifted sooner. In Sport I felt the ride was just right, and the transmission held each gear just little longer. You can choose between Rock, Sand/Mud, Snow, Auto, or Sport. Four-wheel-drive low is set electronically by a little switch.

As the name suggests (Two Row) this is a 5-passenger version. In my opinion third row seats are just for the wee ones anyway. There is 33.7 cubic feet of storage behind the second row, and 70.8 with the second row folded out of the way. 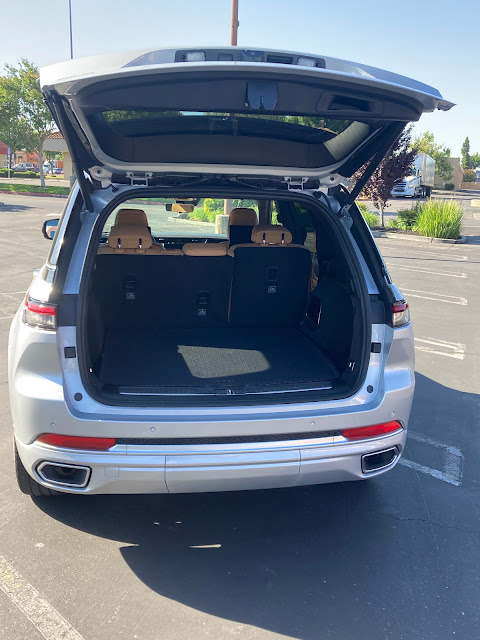 I didn't get the Grand Cherokee out on the highway so I can't attest to its EPA fuel economy figures of 22-mpg highway and 14-mpg city. Acceleration is quick, probably in the high 6s or low 7s to 60 mph. Not too shabby for a 5,045 lb. vehicle.

But what impressed me the most was how nice the Grand Cherokee was inside. Jeep isn't alone in upping their game but when you think back to Jeeps of old this was one is a nice, inviting, comfy place to spend some time. The front seats were heated, cooled, and had a massage feature that could be tailored to your needs. I particularly liked the 'waterfall' setting - ah so soothing.

Oh yeah I can't forget the sound system, a McIntosh system. If you know great sound systems you know McIntosh is very, very good. And I do like my tunes when I'm on the road. 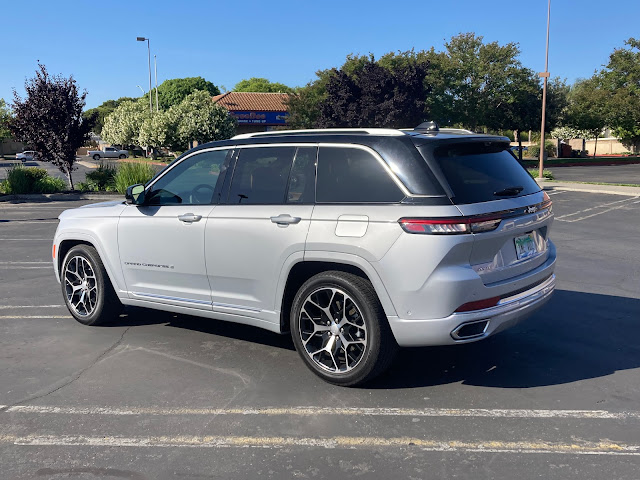