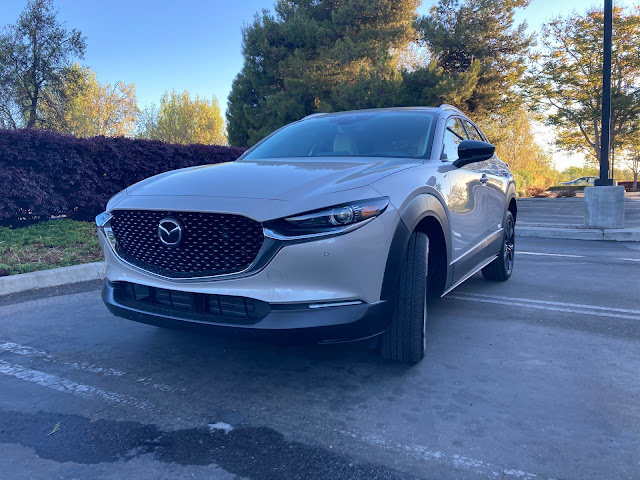 Sometimes I just don't understand vehicle naming. Names used to evoke specific memories or images. Then there were alpha-numeric names that meant something; a letter might denote the size/class of a vehicle followed by a number or numbers that might show the engine size. These days I get confused by alpha-numeric names.

I have absolutely no idea what CX-30 means. Without looking at Mazda's public website I wouldn't even know where a CX-30 fits into Mazda's crossover/SUV lineup. Mazda isn't alone in confusing me.

And you know what? It's a shame that the name of the vehicle doesn't conjure up a vision that entices would be customers.

I spent a week with the CX-30 but more importantly I put over 400 miles on it in that week. That seems like a decent test to me. So how did the CX-30 fare? The answer to come later.

I'll be honest with you, I'm not a huge fan of Mazda's styling. But regardless of my taste I like the fact that there is a stylistic continuity throughout the Mazda line. So many vehicles just blend into the mass of cars on the road but you know a CX-30 is a Mazda with a glance. 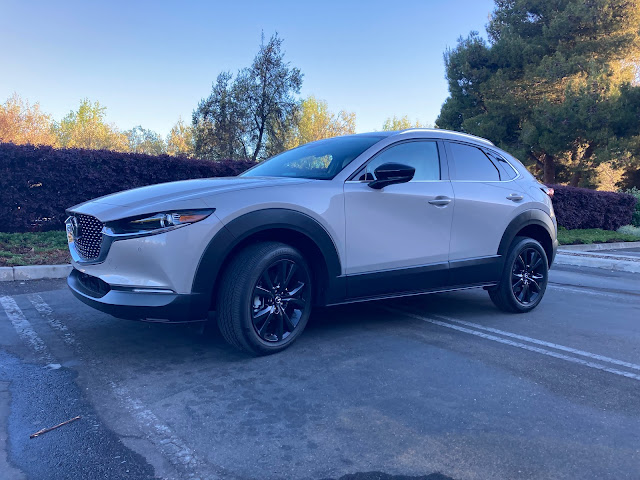 Mazda used to offer 4-cylinder, V6-cylinder, and rotary engines. Now there is just 4-cylinder engines, not to say this is a minus. Like so many auto makers Mazda has found that you can have your cake and eat it too.

You might think that a vehicle with this much power, AWD, and that weighs 3,505 lbs. might not have great fuel economy. Well you'd be wrong. The EPA rating is 30-mpg on the highway and 22-mpg city. I saw a tad over 33-mpg on the highway.

If I had any complaints about the interior at the top of the list would be the white seats. Who in their right mind wants white seats? I'm not a terribly messy guy (my wife says this is debatable) but I fear I'd be scrubbing those seats every week. The driver's seat is supportive but maybe a tad on the stiff side. Once I took my wallet out of my back pocket I settled in comfortably (no I don't have a George Costanza wallet). 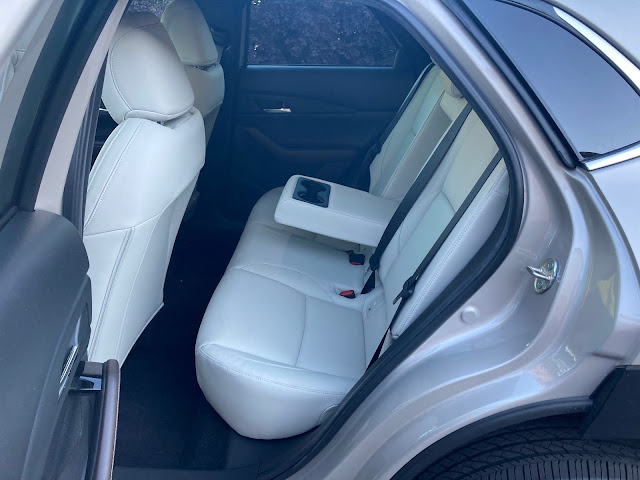 The controls for the CX-30 were relatively easy to use even when driving. I would like a more prominent knob for the sound system volume but it worked okay. There are also sound system controls on the steering wheel so when driving I used these controls.

Like many, if not most, of today's vehicles the CX-30 had an intelligent cruise control system, in Mazda-speak it is called Radar Cruise Control. I like these systems, some more than others. The system on the CX-30 was of the others. Quite often I felt the braking was too abrupt. Maybe the radar didn't scan a wide enough area in front. If a vehicle moved in front of me that vehicle had to be almost fully in front of the CX-30 before being recognized. Likewise if I pulled behind a vehicle that was going faster than I was I expect the "radar" to recognize this fact and not brake, but brake it did. I really like technology to be as seamless as possible, this wasn't. (On a different level it is things like this that give me pause about autonomous cars.)

The CX-30 is big enough that you can feel safe yet small enough that it's easy to get in and out of, and relatively nimble. It is 173" long, 70.7" wide, 63.2" tall, and has 8" of ground clearance. There is seating for five, and space for their luggage behind the rear seat. 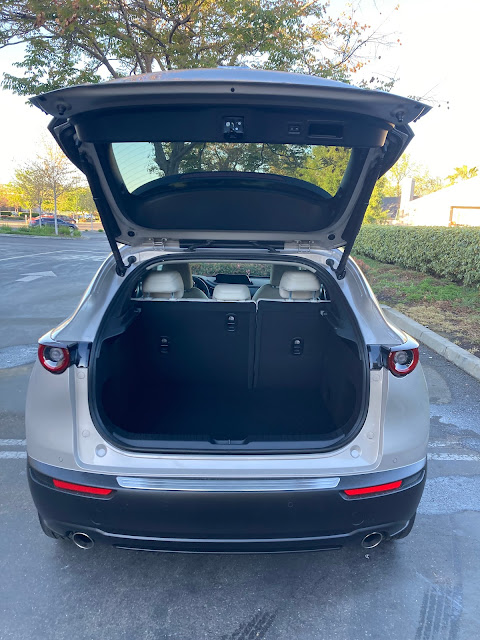 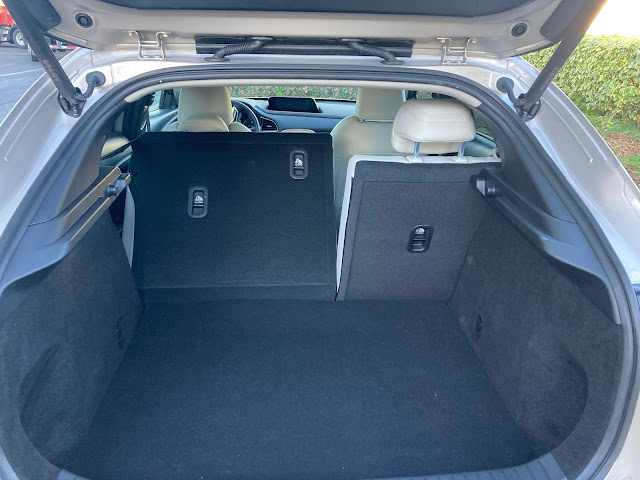 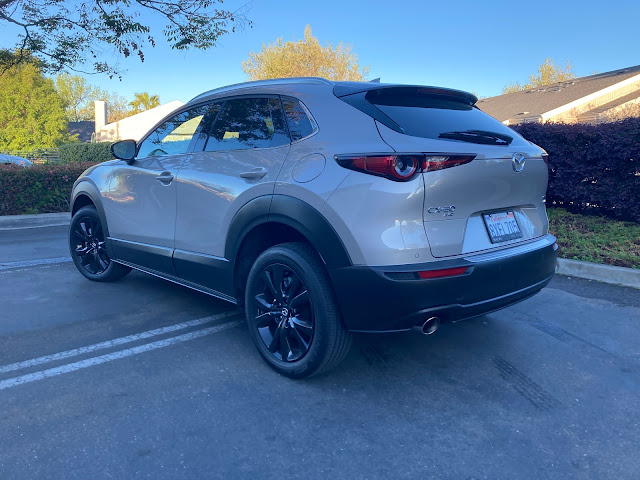 How did the CX-30 Turbo Premium fare? Vey well.