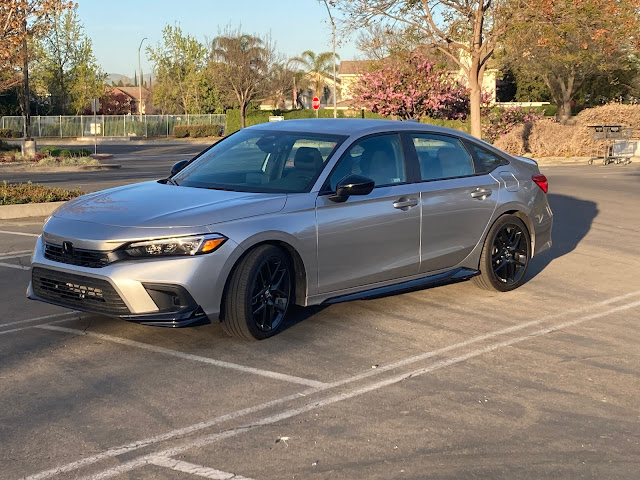 My, my how the little Civic has grown. Way back in 1973, its first year on our shores it was a tiny little thing - just 134.1" long on a wheelbase of 86.6". Now in 2022 it is bigger than the original Accord! I don't mean this as a criticism, as they say, it is what it is.
So by the numbers this 4-door Civic is 184" long sitting on a wheelbase of 107.7", it is 70.9" wide and 55.7" high. It weighs 2,935 lbs. With 158 horsepower from its 2.0-liter, DOHC 4-cylinder it get to 60 mph in around 7.3 seconds. The only transmission available is a CVT. I've grown accustomed to CVTs (meaning I accept that they are becoming the norm) but I'm still not a fan. If you put the transmission into 'Sport' mode there are steps to the CVT that makes it seem like there are gears but it just isn't the same for me.
I cannot quibble with the fuel economy rating. Against a highway rating of 37-mpg I saw an average of 37.1-mpg. The city rating is 30-mpg - I can't vouch for that but my experience, and not just with Honda, is that my style of driving makes it hard to equal the city ratings. If I had that proverbial egg under the gas pedal I'd have a really messy carpet.
The Civic is a 5-person vehicle; two up front, and three in the rear. There is 56" of shoulder room in the rear seat and at least in theory enough for three average men to sit. 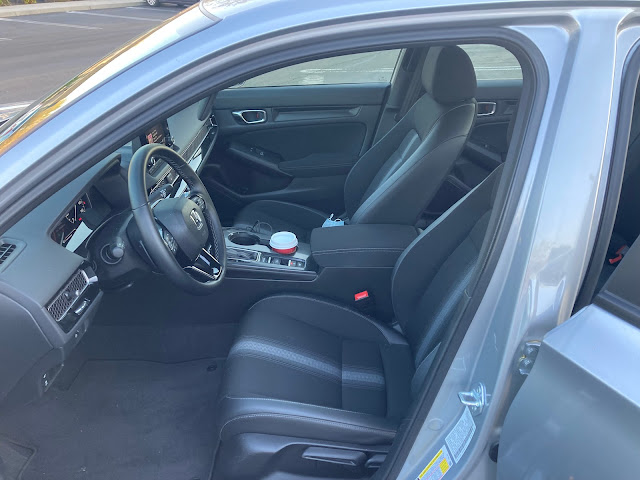 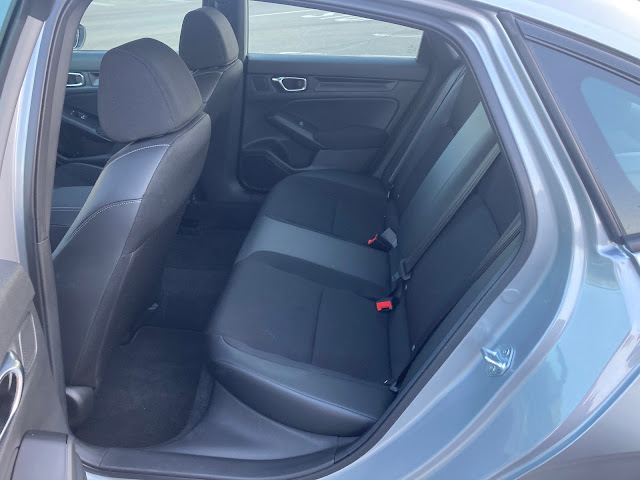 The trunk seems spacious, it has 14.8 cubic feet of storage and the trunk opens wide to allow for easy access. 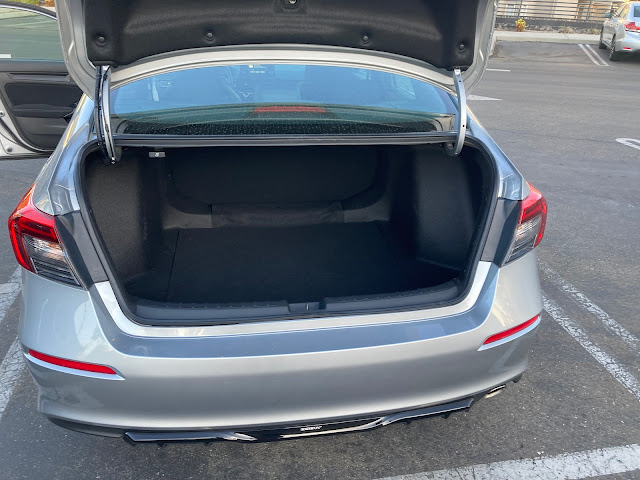 This is the tenth generation Civic. Compared to the original it is revolutionary but compared generation to generation it is evolutionary - you can track the progression.
One thing that surprised the heck out of me was the amount of road noise. I don't know if it was the fault of the tires, the roads I drive on, my improved hearing thanks to hearing aids, or a lack of sound insulation but I am sure glad the Civic had a decent sound system.
There are four Civic variants - LX, Sport, EX, and Touring. The first two use the 158-hp engine, the last two use a turbocharged 1.5-liter, 180-hp engine. There are many contributing factors to performance and fuel economy. Generally speaking the higher the performance of an engine the lower the fuel economy. But not with the Civic. An EX with the turbo engine has the highest fuel economy rating.
There is almost nothing wrong with the Civic. It is a competent, reliable sedan. That isn't enough to set it apart from its competition any more. I don't want anyone to take my comments as a complete thumbs down on the Civic. It's just that I hold Honda to a high standard. Now maybe that isn't fair but they set the bar pretty high years ago.
I still highly recommend a Civic to anyone considering a vehicle this size. I know it will be reliable for a long, long time.
A base Civic LX sedan starts at $22,350; a Sport like the test Civic starts at $23,750. Added to the Civic tested was a HPD (Honda Performance Development) package for $1,418. I know you're thinking 'Performance!' but it is just a trim package - decklid spoiler, underbody spoilers, and an emblem. 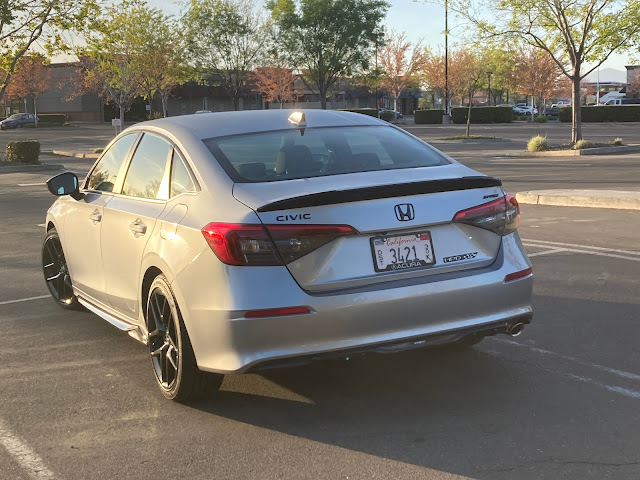 If you're in the market for a 'small' sedan check out the Civic.