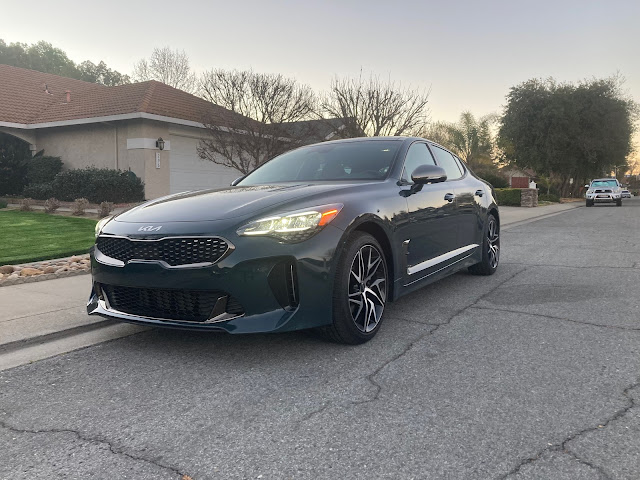 In case you haven't read any of my reviews I'll let you in on something - I am smitten with Kia. I like their style in all meanings of the word. I haven't driven a Kia recently that I didn't like. The Stinger is no exception.

There are three Stinger versions; GT-Line, GT1, and GT2. I drove the GT-Line. I know, I know, why the tamest Stinger? The easiest and true answer is, because it is what was offered. But to say it is the tamest Stinger doesn't make it a slug or a poseur. Nope, it's a real Stinger. 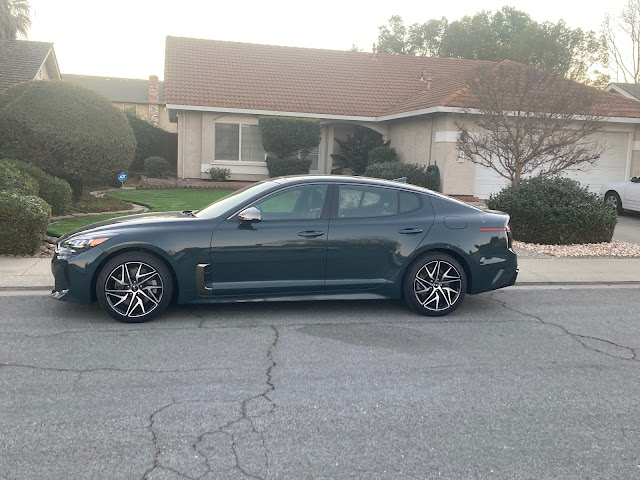 To clear that up you need to know that the GT-Line has a turbocharged, 2.5-liter, 4-cylinder powering the rear wheels (all-wheel-drive is an option) through an 8-speed automatic with five different profiles (ECO, Smart, Comfort, Sport, Custom). This being the 'small' engine it only puts out 300 horsepower and 311 lb. ft. of torque. That's enough to push the 3,600 pound Stinger from 0-60 mph in about 5.5 seconds. Not too shabby.

I didn't check the fuel economy but US-EPA says it will get 32-mpg highway and 22-mpg city. Given my experience with other Kia models I expect that the Stinger will equal or better those figures.

One unique feature of the Stinger is that it is a 4-door hatchback. I like a hatchback because it is much easier to load big items. In theory one downside to a hatchback is a loss of structural rigidity (there is no bulkhead tying the sides together). I did not drive the Stinger over any terribly rough roads but I did cross some railroad tracks at speed and I didn't notice any undo body flex. 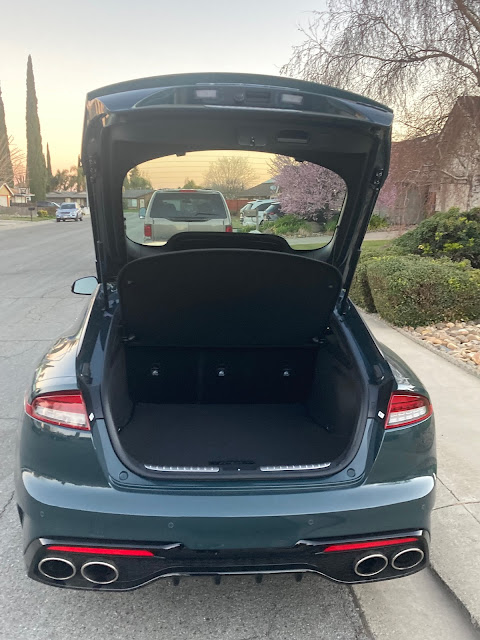 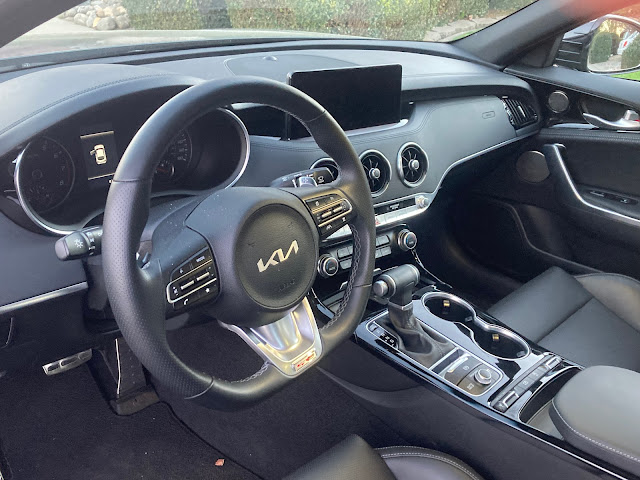 It was nice to drive a front engine, rear-wheel-drive, performance car, a car that really embodies the moniker of a Gran Turismo. Four adults can ride in comfort in a Stinger. You want to know one reason I like most Kia models? I feel at home in them, there isn't a steep learning curve to the controls. About the only complaint I had with the Stinger, and it's a problem I have with most new sedans, is that these old bones think the seats are too close to the ground. 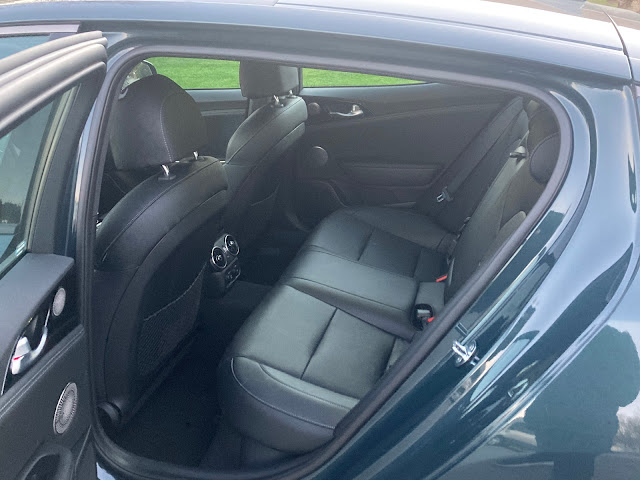 It is kind of funny to think of a car with the Stinger GT-Line's performance as being the base model but it is. The GT-1 and GT-2 up the ante with a 368 hp, twin-turbo, 3.3-liter V6. Both also have other upgrades such as Brembo brakes.

I didn't notice any problem with the GT-Line brakes but the GT-Line is limited to a top speed of 130 mph whereas the V6 will run up to 167 mph. Not having driven a V6 recently I can't attest to its prowess. It would seem to me that the V6 would add some weight and change the weight distribution. The V6 is somewhat thirstier (7-mpg less on the highway).

It's up to you whether you opt for AWD. Personally I wouldn't go for it. Even with AWD you might have to install chains if you drive to ski country here in California. Traction control should take care of any wheel spin in wet conditions.

It wasn't that long ago that a performance Kia would have been laughed at. I think the Stinger, any Stinger, can hold its own against the competition. Kia may not have the cache of others but if it keeps on its present course that day won't be too far off. 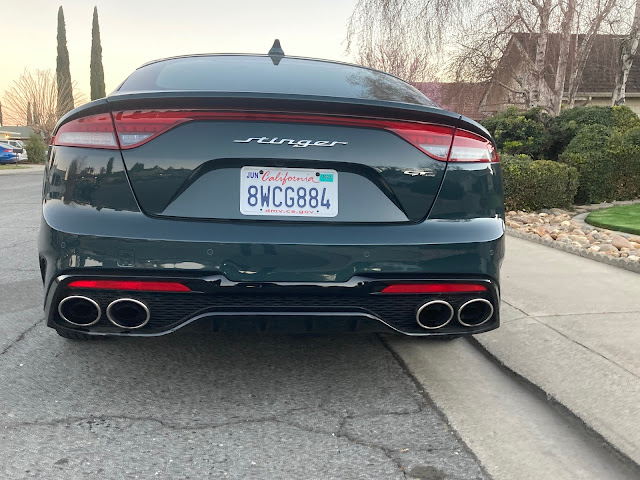