Evidently the new, 'downsized' Ranger is due for a redesign. You can't tell from the photos what size it is but from spy photos the next Ranger strongly resembles it's big brother, the F-150. From my perspective that's too bad; I like the looks of the current Ranger. Oh well we all know I'm in the minority. 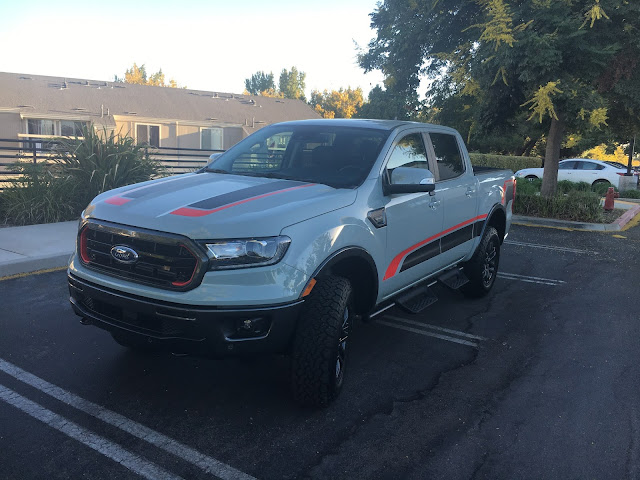 At first I wasn't sure about the nose of the current Ranger, I thought it looked a little pinched. The looks grew on me though and now I view it as softer and friendlier look.

For those who were hoping the Tremor would be a mini-Raptor it is not quite there. It does have some real off-road creds though - Trail Control System, skid plates, heavy duty off-road suspension, Fox shocks, and electronic locking differential. 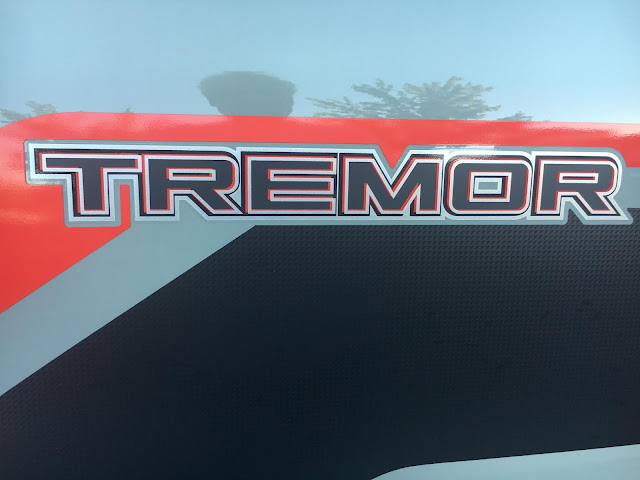 Then of course there's the graphic package. I'd pass on the stuff on the outside. Carry a big stick but keep it hidden is my motto. The Tremor name on the front seats looks cool though. 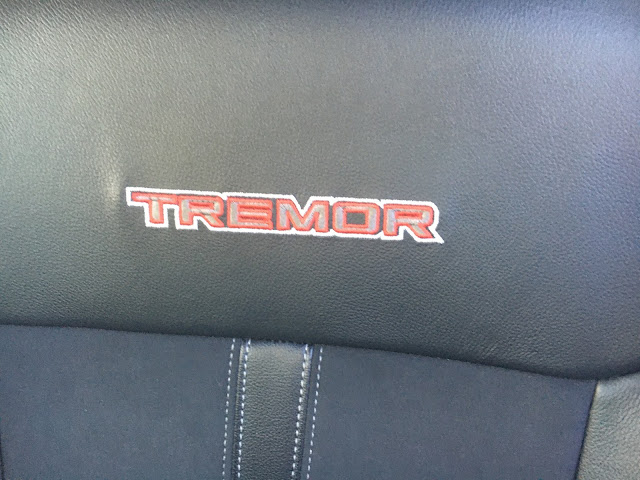 Speaking of the interior I thought it was tasteful and relatively well laid out. The upside of modern technology is that you can often tailor almost everything to your tastes. The down side is there are so many, often tiny, controls. My new rule is never try to change a setting that doesn't have a big dial while driving. I tried to turn off the seat heater while driving and accidently changed the climate control to full defrost.

I'm sure there are some folks who aren't swayed by Ford's EcoBoost engines. I am a fan. Ford seems to have mastered turbocharging. The 2.3-liter EcoBoost 4-cylinder is an excellent example. Smooth and powerful - 270 hp @ 5,500 rpm and 310 lb-ft of torque @ 3,000 rpm. This engine is capable of much more power; a version in the Mustang makes 330 hp and 350 lb-ft!
In addition to the power there is economy. The 4X4 Ranger with the 2.3 is rated at 19 mpg city and highway (I have never seen this before but it's true). I saw 24.4 mpg on a trip of about 130 miles. It probably could have been better except for some traffic that reduced the speed to a crawl.

If you doubt the capabilities of the EcoBoost 4-cylinder the towing capacity of 7,500 lbs should put your mind at ease.

The only transmission available is a 10-speed automatic. I hear some complaints out there that there is no manual transmission. Get over it. The days of shifting for yourself are fast disappearing. Fuel economy and emissions demand that the human element is taken out of the equation.

The Tremor is designed for off-road use although most buyers will never go off-road. It has 9.7" of ground clearance (0.8" more than a non-Tremor 4X4), an approach angle of 30.9 degrees, and departure angle of 27.1 degrees.

The downside of the increased ground clearance is it's just that much harder to climb up into. Yes it has "Off-Road Hoop Steps" but I just didn't find them wide enough. And there's no grab handle on the driver's side. I was always told not to hang on the steering wheel but I guess that old saw is no longer true. 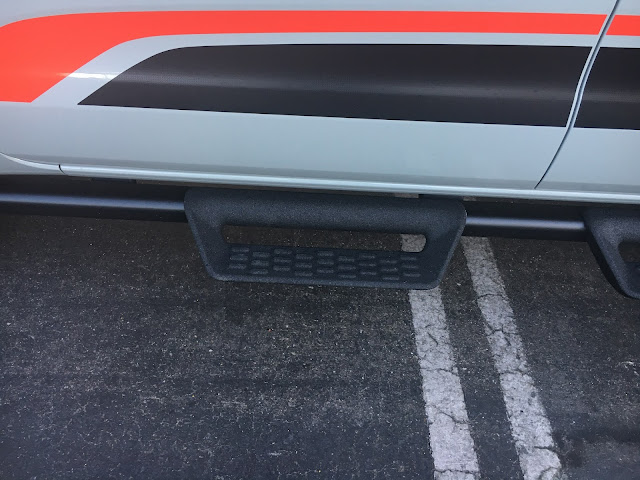 I have mixed feelings on the SuperCrew (4-door) usefulness. A friend said that a pickup bed should have a minimum length of 6'. The Tremor has a bed length of 5'. Now for me that's adequate and I'm glad Ford didn't stretch the wheelbase or overall length (126.8" and 210.8" respectively) for the 4-door.

Taken as it is, a mid-size, 4-door pickup truck the Ranger Tremor has way more pluses than minuses. Lose the body graphics, the gray paint (Ford calls it Cactus Gray), and skinny steps and it works for me.