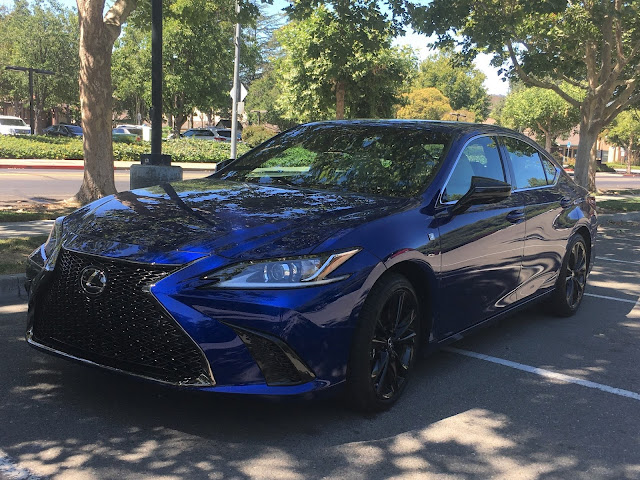 Lexus builds some very nice cars. The ES350 is expensive but not overly so in my opinion. Now I know there are some who will say "But it's just a Camry." Well yes and no. Every Lexus is a Toyota at heart but when you drive them you will see they are very different.
The only part of the styling I do not like is the grill, and it is common on just about every current Lexus. Once more I seem to be in the minority because I see a lot of of them on the road. This ES350 grabbed me because of the gorgeous Ultrasonic Blue Mica paint - I do love the color. 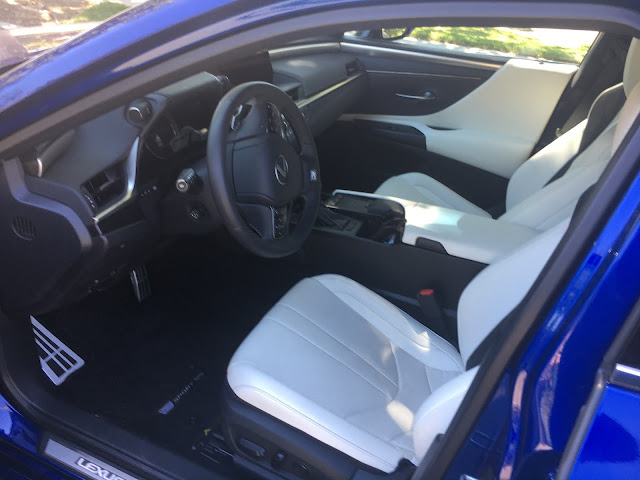 Inside looked great but white seats? Not in my world. White would soon be gray or have coffee stains all over. But the seats (heated and vehtilated) were very comfortable. 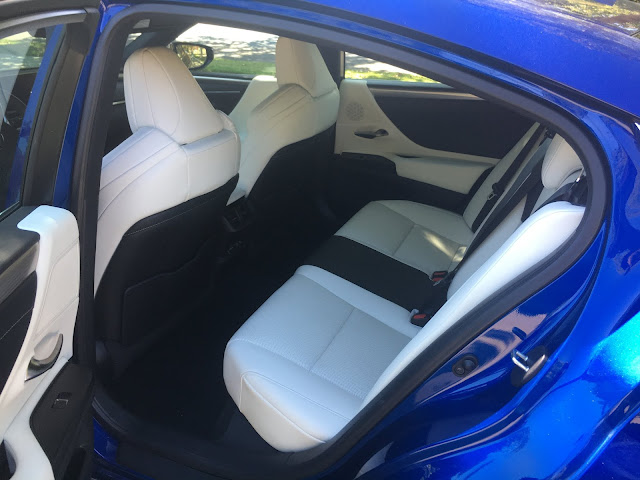 There is a ton of leg room in the rear seats and there is room for three adults making the ES350 a true five person vehicle. 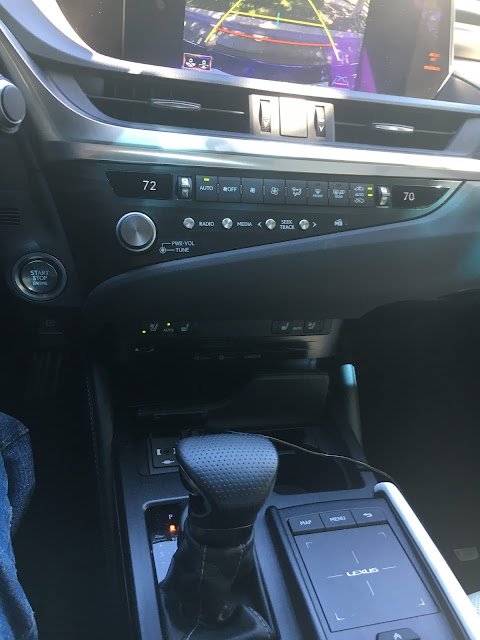 Yes the ES350 has one of the dreaded touch pads that just don't function that well for me. I have what are known as Zombie Fingers (look it up, it's real); my fingers don't always work on touch pads. Very annoying. Thankfully there are knobs for the sound system, and the climate control was easy to use. Whatever had to be accessed via the touch pad was set it (once I found fingers that worked) and forget it.
There was a real shift lever even though I doubt it was mechanically connected to the transmission. Some of us, including me, just like the feel of a lever as opposed to a dial or push buttons.
Under the hood resides a very nice, and somewhat powerful 3.5-liter, DOHC V6. In the ES350 it is rated at 302 horsepower. Lexus needs to look to Lotus who wrings an astounding 416 horsepower out of this engine using a supercharger. That should give you an idea of how under-stressed the Lexus version is.
But 302 hp is enough for a zero to sixty time of just around 6.5 seconds according to Lexus. For a 4-door luxury sedan that's pretty quick. There is an AWD version that Lexus says is a full two seconds slower. And it only weighs 90 lbs more! Unless you live where AWD is an absolute necessity I would stay with FWD.
The transmission is a 8-speed automatic with three settings - Eco, Normal, and Sport. My only complaint is that Eco is the default setting (not that I'm anti-economy it's just that if you want Normal or Sport whenever you turn the car off it will revert to Eco.) There are the de rigueur paddle shifters for those  of you who think you are either smarter or faster than the computer. I just let the computer do the work and it was fine.
Much of the F Sport stuff has nothing to do with sport in my opinion. I couldn't find a satisfactory meaning of 'F' but it may have something to do with Fuji International Speedway. Of the ten items listed as F Sport Features on the Monroney only two actually had any sport basis in my opinion - a tuned suspension, and performance shock absorbers. One option was the Adaptive Variable Suspension with Sport S, Sport S+, and Custom Drive Modes. I left it in the Sport S mode and found it an acceptable compromise between comfort and handling. It added $750.00 to the bottom line.
On top of the normal F Sport equipment there was a F Sport Black Line Special Edition package that added more bling and $850.00.
One option that I have tried in other cars is the 'wireless charger'. I was not impressed. First it seems I have to take the cover off my phone, and second it is slow! Just let me plug my phone in and I'm happy.
Now comes the money part. The price of the test ES350 was $51,795 including options and destination charges. Now for me that is a lot of money. But in the realm of luxury cars that's small potatoes. A base ES350 (if you can call it base) is $40,000 and goes up from there. For the money you get a Lexus, and Lexus has come to mean reliable luxury. 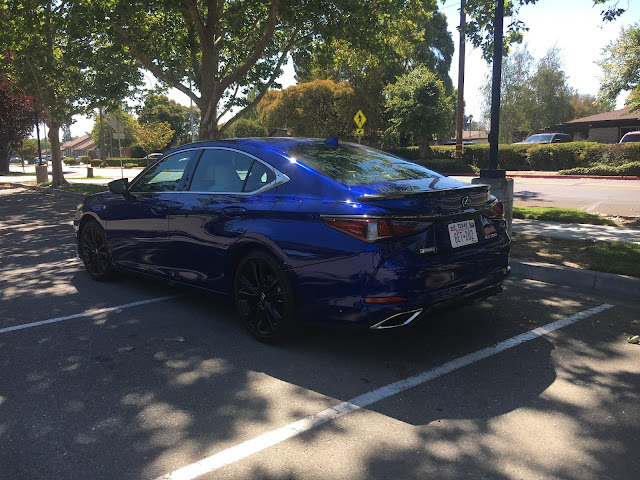