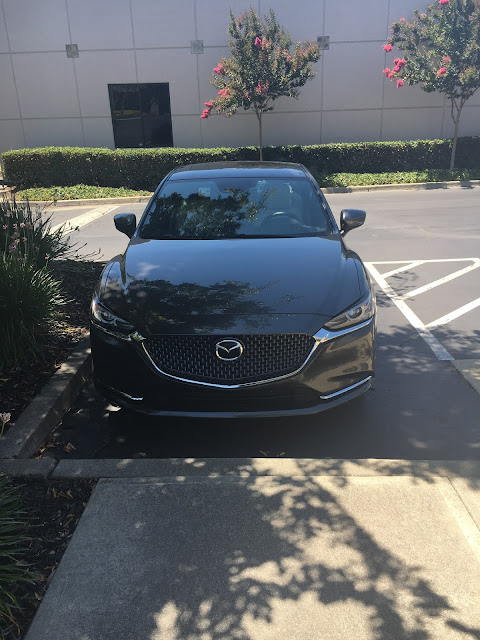 Mazda is to be congratulated for continuing to build and sell sedans. Not everyone wants a SUV or crossover and that includes me. The only downside for these old bones is getting in and out of most sedans but the trade-off is worth it as far as I'm concerned. It's all about the driving experience. 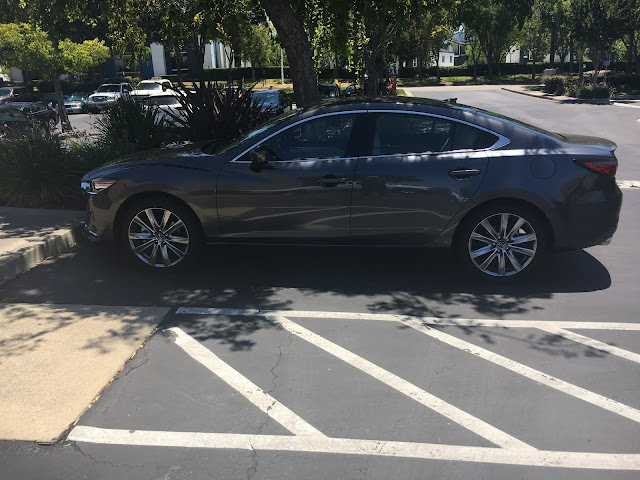 The Mazda6 is considered a mid-size car that seems to have almost full-size room inside. It will transport five people (2 up front and 3 in the back) with relative comfort, or four adults in full comfort. I'm just under 6' and with the driver's seat set the way I like it (arms and legs slightly bent) there was enough room for a six-footer behind me.

The trunk is cavernous, easily having the capacity to hold four golf bags - 14.7 cubic feet. (I looked it up, an average golf bag is about 3 cubic feet.)

Criticizing styling is usually not my thing, heck I drive a '95 Chevy Lumina and own a '64 Falcon Ranchero. When the Mazda6 was fresh and new I wasn't a fan of its style but it was distinctive and easy to recognize as a Mazda. But that was a few years ago. It is time for a restyle in my opinion.

The interior was relatively well laid out. There was a real gear-shift lever which I appreciate. I've come to appreciate heads-up displays so I didn't have to keep checking the instrument panel. There was one little feature that kind of amused me, a message to 'take a break' that popped up every so often. Sorry Mazda but I'll stop when I'm good and ready. 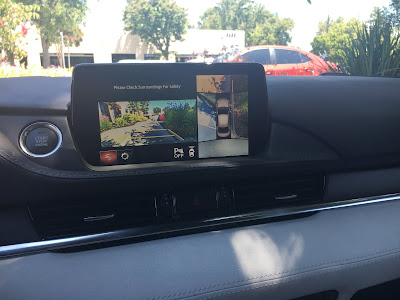 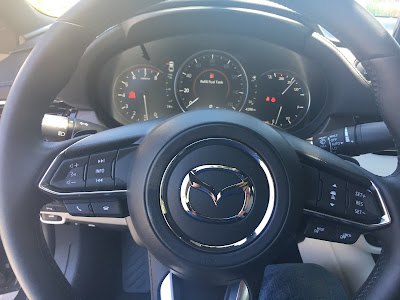 I was not impressed with the white seats. Excuse me, Mazda says they are "Parchment" but they looked white to me. I'm not a full on slob but they wouldn't stay white for long. I'd have to scrub them at least once a month! 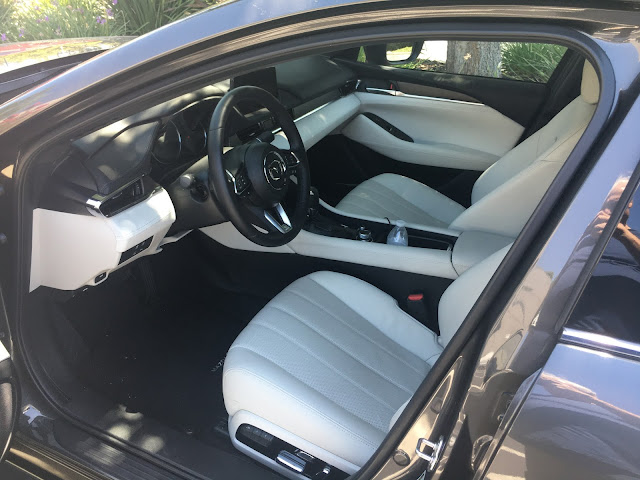 Let's get to the technical stuff. Under the hood of the Signature model is a Skyactiv 2.5 Dynamic Pressure Turbo, four-cylinder engine. It produces either 227 hp on regular gas or 250 hp on premium fuel. Not astounding figures but good enough for 0-60 in 6.1 seconds (I didn't verify this). Considering that the Mazda6 Signature is just shy of 3,600 lbs. that's darn good. Power goes through a 6-speed automatic to the front wheels. There is a manual shift mode and sport mode; I only used them once or twice.

EPA rates the fuel economy at 23 city and 31 highway, with a combined rating of 26 mpg. I ran through a full tank of gas, mostly highway, and averaged a tad over 32 mpg.

One of the things on modern cars I often use is the adaptive cruise control. I like cruise control on the highway because it keeps my right foot from getting too heavy (tickets are expensive). The adaptive part makes the car brake if something is going slower in front of you. It is useful but not an excuse for taking your eyes off the road. Not all adaptive cruise controls are equal, the Mazda6 seemed to be a little 'too much too late'. Not that we were ever in danger but my usual passenger is finely attuned to changes and she gasped a couple of times. Smooth application is always best. This was with the following distance set at the max. Just a little thing.

A word about brakes, or rather 'why don't you talk about brakes'? It is rare today to find a car with poor brakes. Four-wheel disc brakes are standard on just about everything. Brake fade, where the brakes stop braking because of heat, is just about a thing of the past unless you race the car. So unless a car's brakes are sub-par I don't mention them.

Ride and handling are subjective, what is okay for me may be awful for you. I don't mind a firm suspension; I hate a harsh one. Even with P225/45R19 tires the Mazda6 Signature was not harsh. Although I did not take the Mazda6 on a challenging road I thought it was responsive to steering and braking inputs.

Mazda has you covered no matter your finances or desires - the Mazda6 is available in six versions. The more basic versions do not use the turbo engine but they are still decent cars with enough oomph to keep up. The base 'Sport' model has a base price of $24,475. The top model is the Signature and its base price is $35,900 according to the Mazda web site. 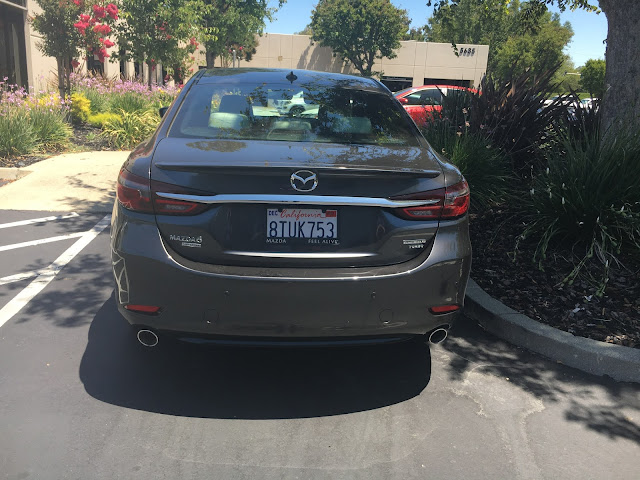